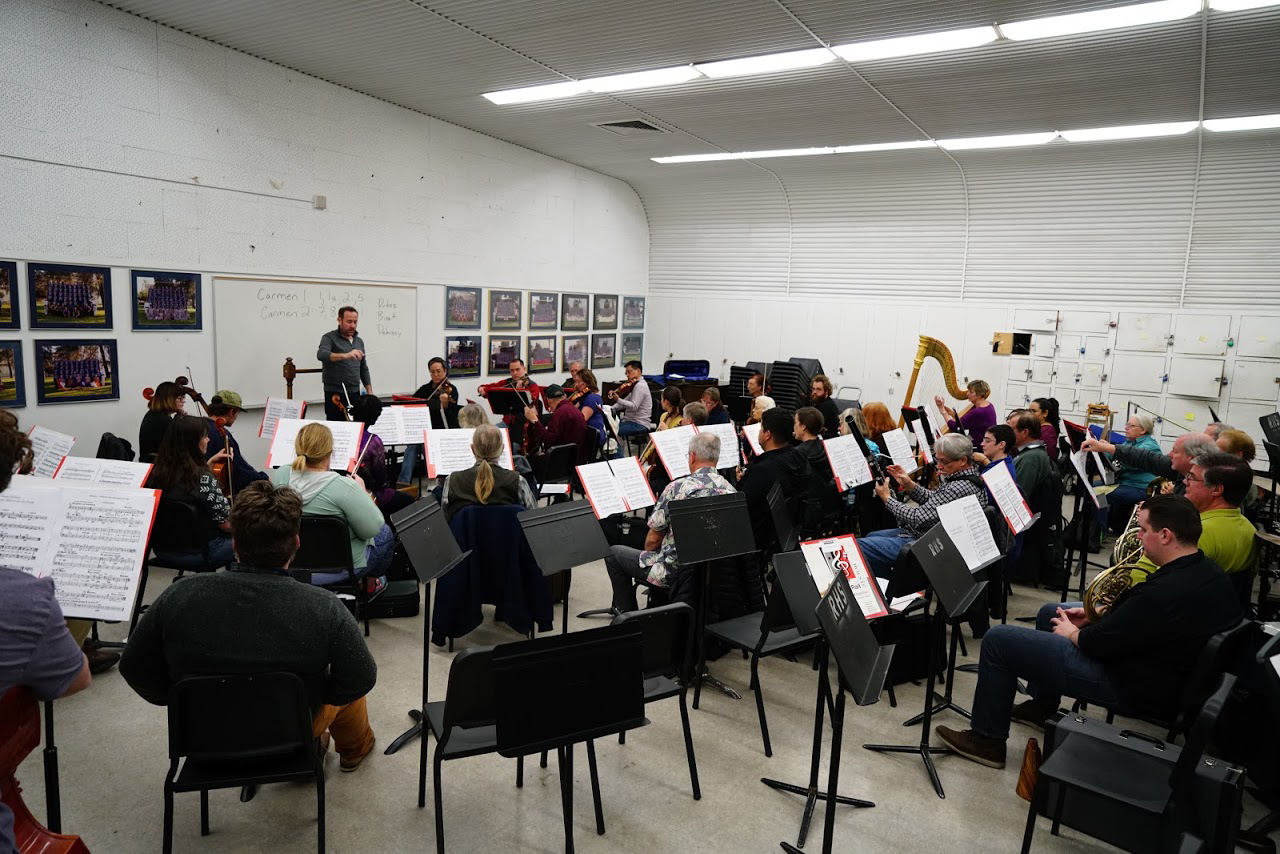 I confess that right after I graduated from college four years ago, I was reluctant to join community groups as a way to both maintain and further my skills. In my mind, I planned to network, prepare auditions, and perform music primarily through gigs.

When I made the adjustment from being in school full-time to working a 9-to-5 plus teaching during evenings and weekends, I found that I was simply too tired to do much else.  I was aware of a few ensembles in a nearby town, but the thought of adding another commute to my arduous workweek disgusted me.

A year later, I moved into a studio about a half hour away in order to be closer to work. Much of my commuting time was eliminated, and now I was closer to the groups that I was already aware of. At the same time, I realized that in the year since I graduated, I had practiced and composed much less than I had wanted to, and few musical opportunities had materialized. Also, I felt as if I had made very few new friends, especially in music, and without frequent performance opportunities, there was little motivation for me to practice.

Joining an ensemble meant that I could get to know not just music but also people.

Reflecting on this made me put aside my ego and join the Redlands Community Orchestra that fall. The lazy part of me was reluctant to give up 2-3 hours every Sunday night for the greater part of the year. However, even greater than my laziness at the time was my excitement to have ongoing, regular rehearsals like I did while I was in school. Joining an ensemble meant that I could get to know not just music but also people over a long period of time. Since I wanted to learn how to better write for large ensembles, rehearsing with an orchestra on a regular basis would keep me aware of what compositional choices are effective for performers of varying abilities.

In my second season with the group, I took on the role of librarian for the orchestra. Since I had little previous experience in orchestra administration, I thought it would be a great way to acquire some hands-on training. Renting scores and parts has given me some insight into the way publishers work, which is helpful for me to know as an emerging composer. Preparing and organizing parts has also taught me more about the needs of the musicians throughout the orchestra.  As one who currently self-publishes her music, it made me realize that studying scores alone won’t give me examples of formatting and page turns, for example. I need to also review parts on occasion to learn what notational choices communicate best with various sections of the orchestra and make their jobs easier. 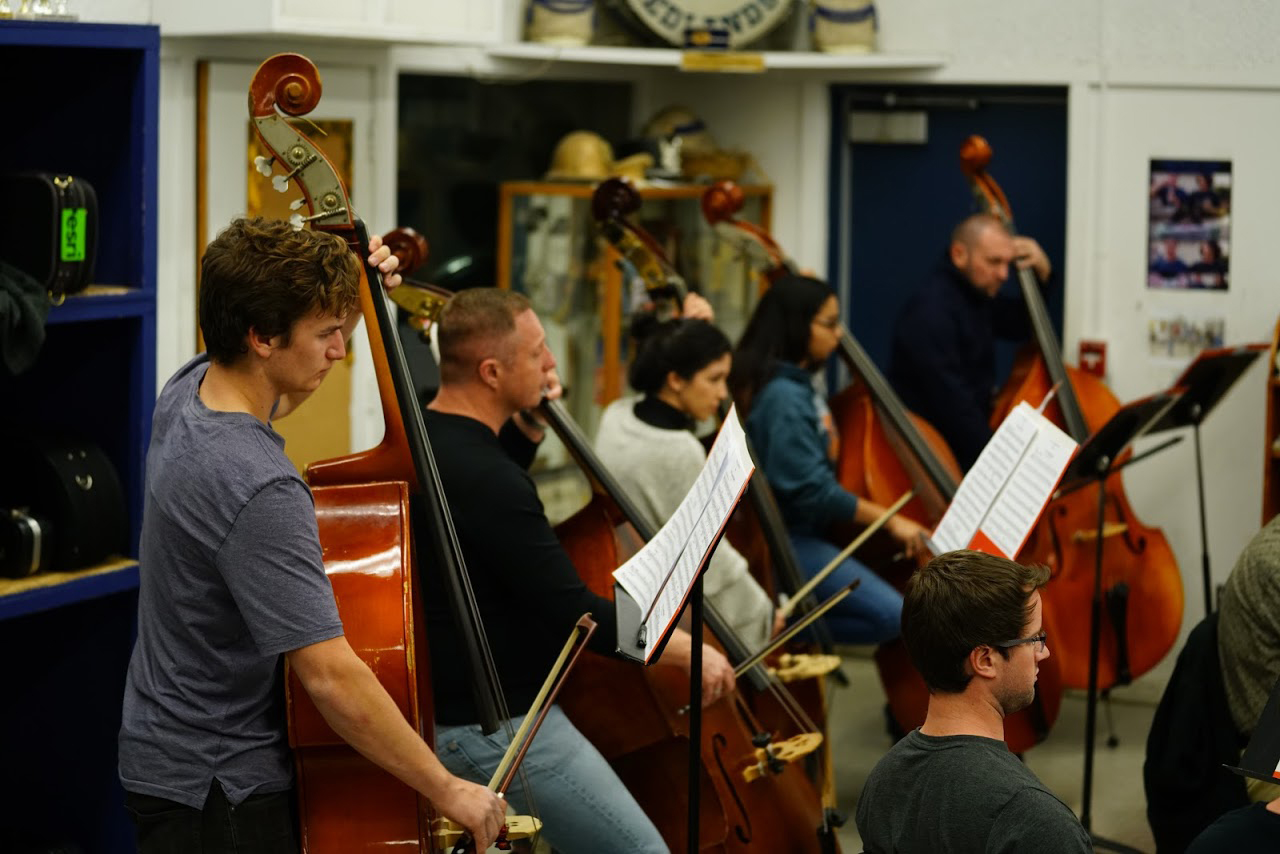 One aspect that I particularly enjoy about the RCO is that in the past three seasons, we have premiered several pieces by local composers. Because our ensemble is committed to providing free concerts to the public, it felt inspiring to know that people in the community who might have little previous knowledge of contemporary classical music could witness it live and hear composers speak about their work. Although many of the musicians are from different backgrounds, my impression is that most look forward to the opportunity to read through and vote on compositions from the call for scores as well as interact with the composer during rehearsals. The result is a production that educates not just the audience but also musicians whose backgrounds may not be in the conservatory.

People who might have little previous knowledge of contemporary classical music could witness it live and hear composers speak.

Now that I am nearing the end of my third season with the orchestra, I can say that my involvement in the group has led to a variety of other opportunities, both paid and volunteer. One highlight in particular was an opportunity to play in a local new music concert series started by a fellow composer and member of the orchestra.

If I had to go back in time to give advice to myself as a graduating senior, I would tell myself not to hesitate to make time to find at least one group to join right away. Though finding time to practice or compose in the midst of a busy schedule can be a struggle at times, even the tiniest blocks of time in which I choose to stay connected to my art would continue to uplift me and encourage me to pursue my aspirations even more.

Sakari Dixon Vanderveer seeks to incorporate the unique artistry of her collaborators in each of her musical compositions. Vanderveer’s desire to empower youth also remains a catalyst behind much of her work. She recently founded the You(th) Can Compose! Summer Workshop, a personalized, online intensive program for students ages 10-18 who are new to composing. Vanderveer’s aim is that children from all walks of life will gain access to contemporary music and composition, allowing them to develop a better appreciation and understanding of concert music – new and old – so that they, too, can cherish it and engage with it throughout their entire lives.