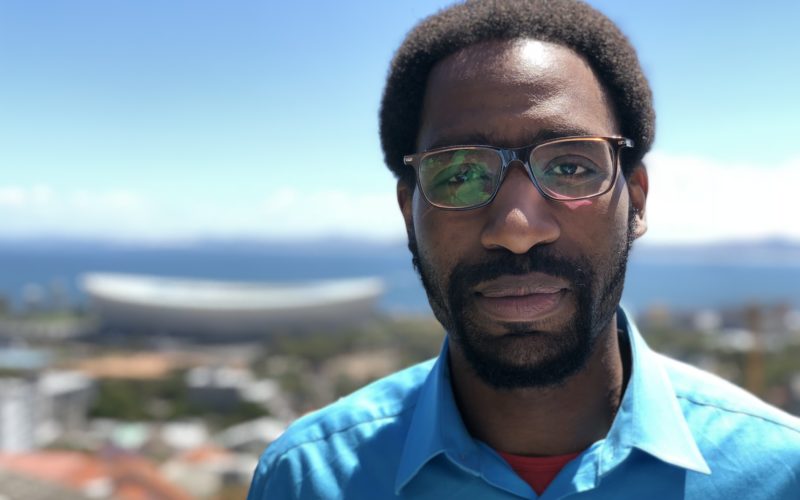 Triple Threats is a new musical by Tracey Conyer Lee and Nehemiah Luckett set in 1981 that examines the intersection of race and being an artist in the US. Niloufar Nourbakhsh is a Partnership Grant Recipient, which supports artist-led initiatives that align with the priorities of our Creator Development Fund with unique opportunities for collaboration, mentorship, and peer learning. This will support Nourbakhsh’s work with the ANIM Composition Residency. 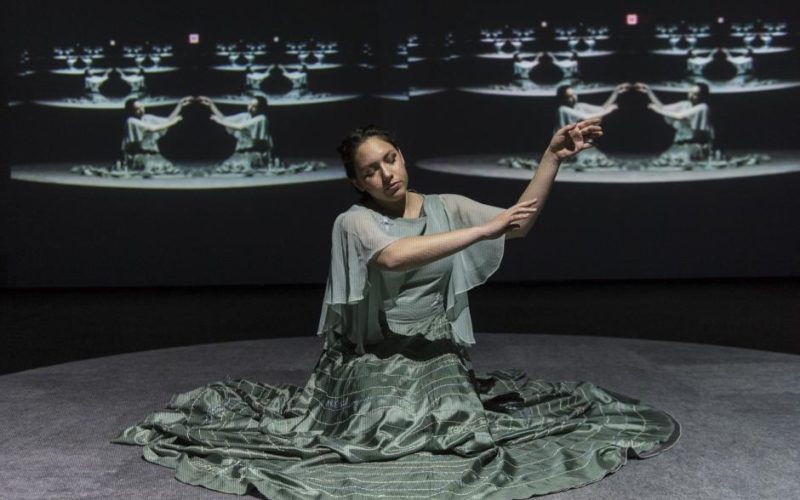 Suzanne Kite will be using these funds towards a performance on June 5th in Kitchener-Waterloo, Ontario where she will bring five other improvising musicians to create a new experimental composition, based on Lakota geometric forms. 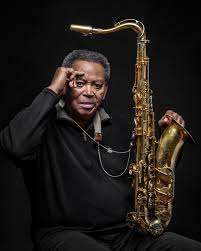 ReSounding Progressions is a composing/performance project, a collaboration between two accomplished saxophonist/composers, Odean Pope and Immanuel Wilkins, to create an integrated, evening-length composition inspired by the content and unique structure of the poem Progressions, written by jazz poet and cultural scholar Herman Beavers. 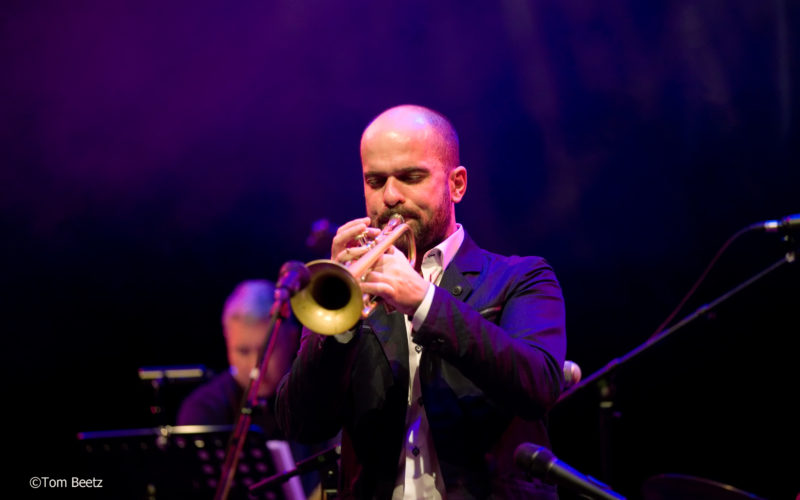 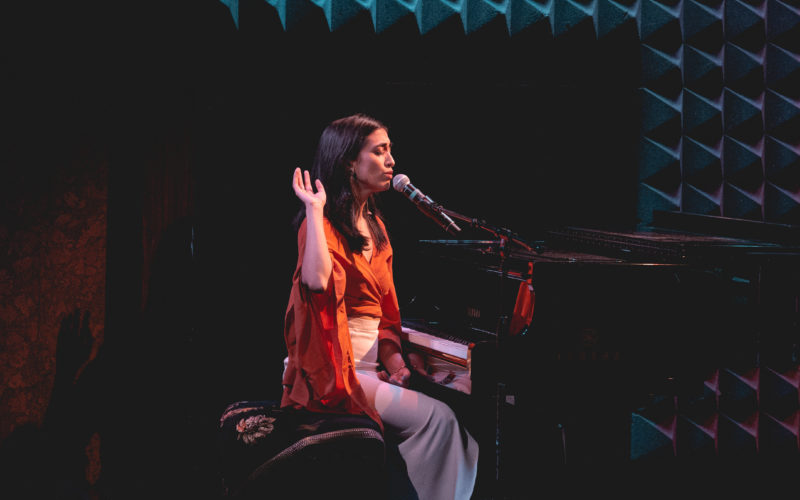 This project explores what we inherit through generations of women before us: shame and trauma responses, how they’re stored in the body, and how they’re met with resilience - to reflect on and heal generational pain and to uncover resources. 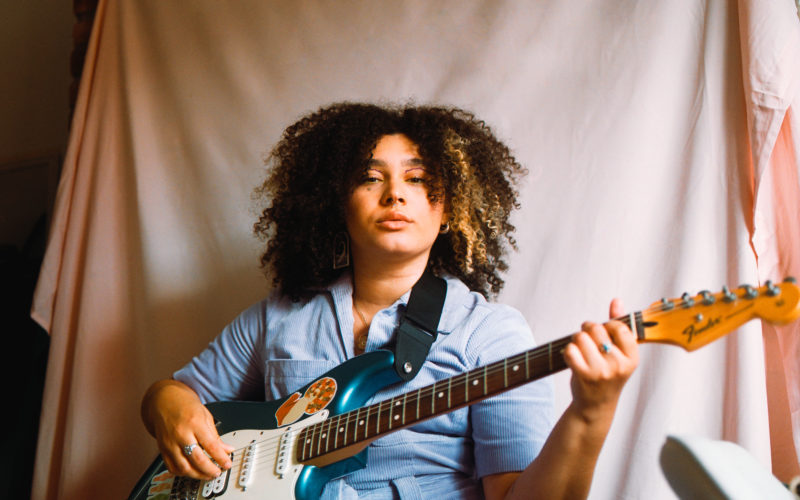 "Cowboy Song // mythology" is a queer folk(loric) journey into alternate universes, queer love, and trans boihood. These seven musical myths, original and adapted, search for happy endings and ask: what happens when you fly too close to the sun? 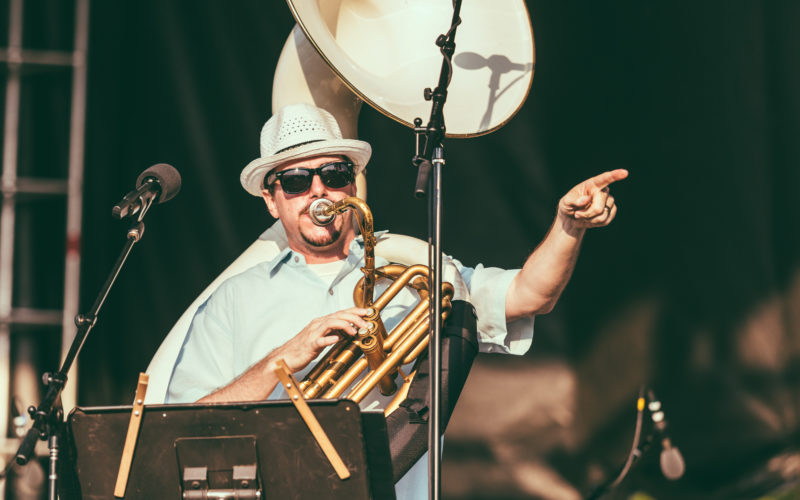 Echo is a new multicultural composition for a mix of Korean and European instruments, inspired by a farmer drumming pattern called Chilchae. 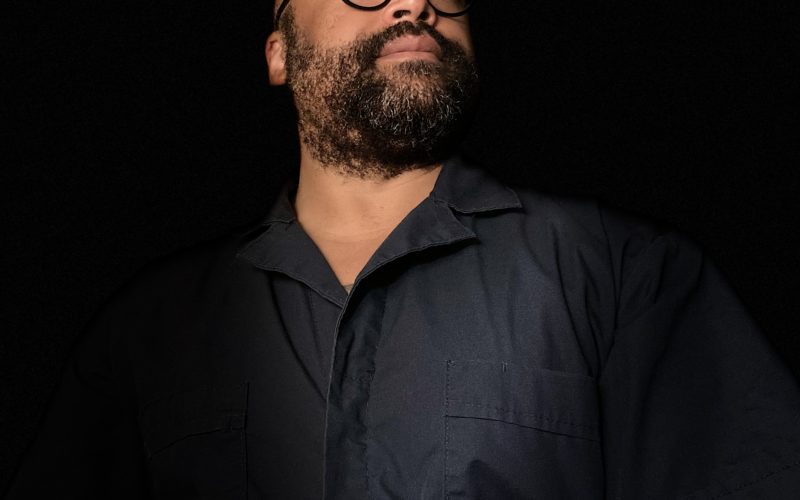 Working with Ben Lamar Gay and chatterbird ensemble’s Maya Stone and Joshua Dent, as well as community participants, to perform a site-specific score by Montgomery, entitled "Nobody Knows The Trouble I Hear"; based in the plantation soundscape memory of Charley Williams, a Louisiana Black man born enslaved in 1843. 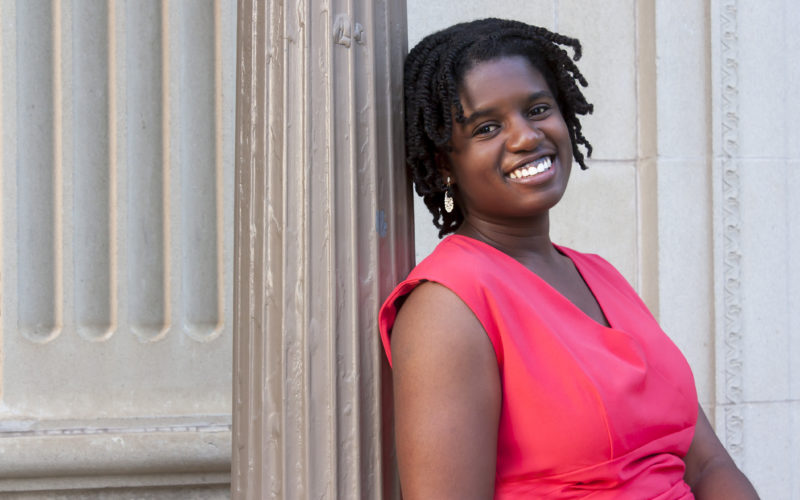 Sakari Dixon Vanderveer composes a solo piece for Chester Englander’s album Chrysalis, a collection of new cimbalom works by American composers that will commemorate the 150th anniversary of the invention of the concert cimbalom. 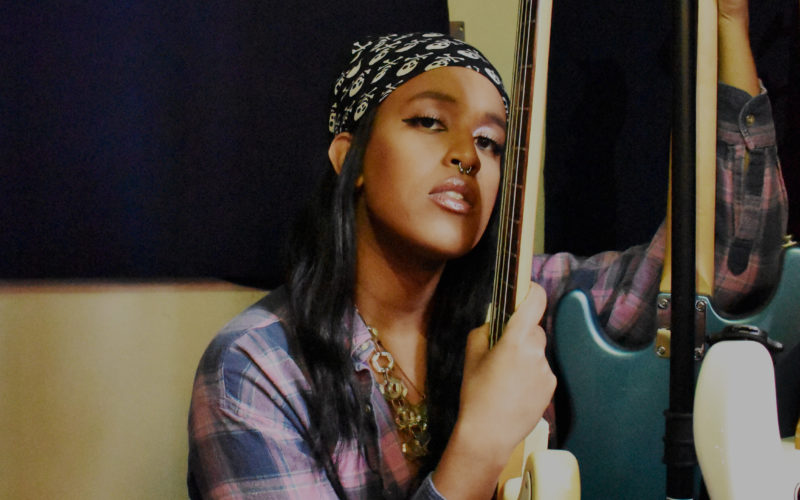 DONNA DESTROYA is a collaboration between three queer and BIPOC artists- Danny Denial, Nicolle Swims of Black Ends, and R.J. Crow, a multi-media project that combines music with comics to tell a coming-of-story that touches on race, sexuality, religion, gender identity and drag. The project aims to release the illustrations and music alongside one another in 2022, championing black queer voices from black queer artists in a way the community hasn't seen before. 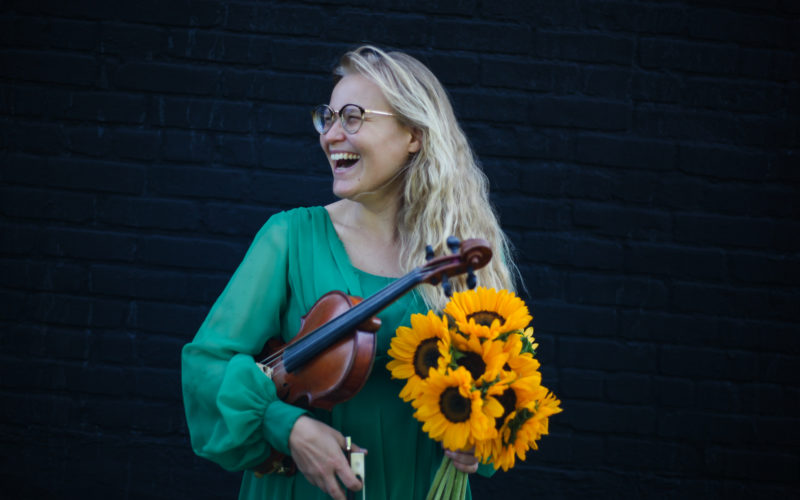 A 45 minute Narrative Chamber Suite depicting the story an underwater shadow ghost. Highlighting themes of catharsis and trauma the music follows the life cycle of a tortured creature emerging from the deep sea. Written by Concetta Abbate for 10 piece orchestra. 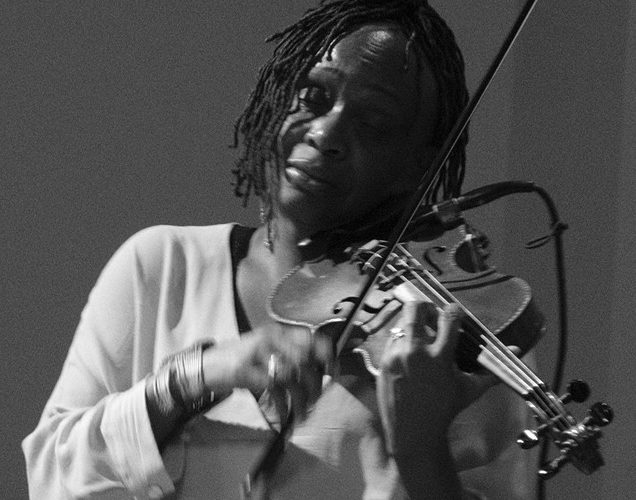 Cosmogram is new music inspired by A Hero's Journey from the lens of the African Diaspora . Utilizing the readings from Clyde W. Ford's "The Hero with an African Face", musician/composers Damon Banks, Trina Basu and Arun Ramamurthy will join Gwen Laster in composing and recording new works based on these readings and their personal journey as Black and South Indian Classical musicians and composers. 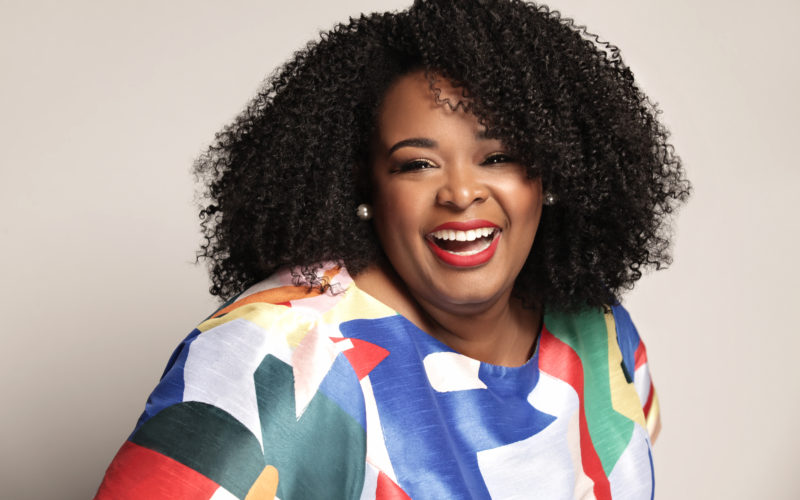 A new choral work that integrates the perspectives of young people, models mutual transformative artistic collaboration, and explores youth-led approaches for action and allyship in support of environmental justice. 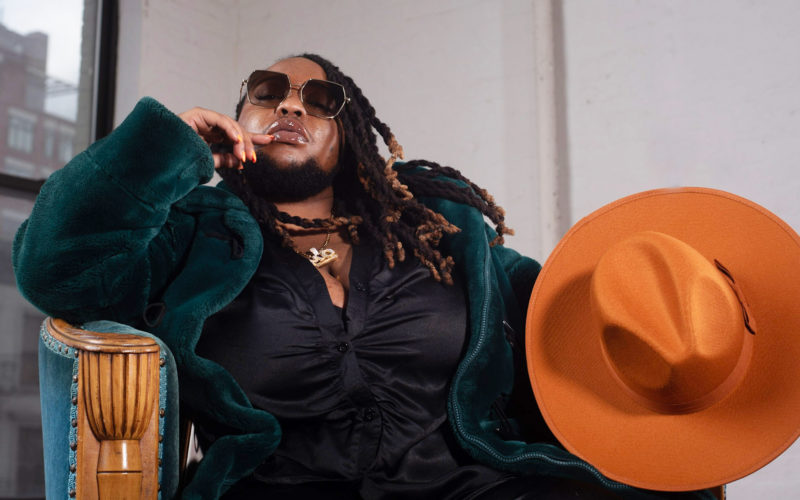 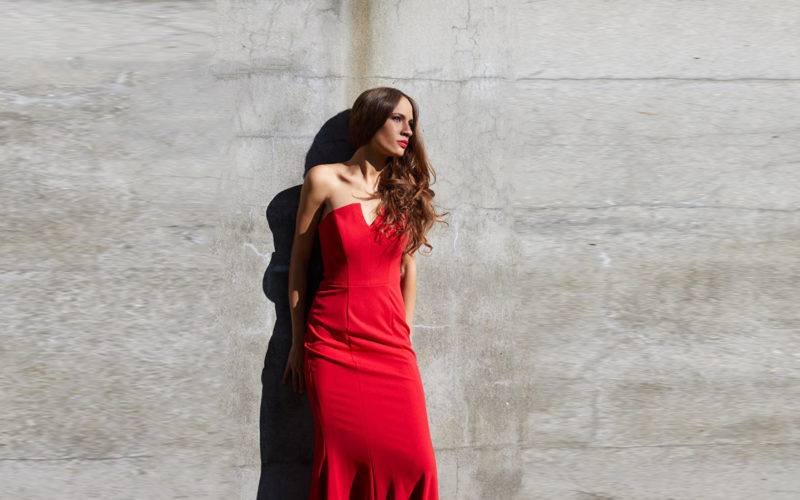 A performance and commissioning project in collaboration with kora player Malang Jobarteh, which will explore the interrelationship between West African kora music and classical piano repertoire from the 20th century to the present. The concert will feature a newly commissioned piece for piano and kora reflecting on this juxtaposition, by Jobarteh. 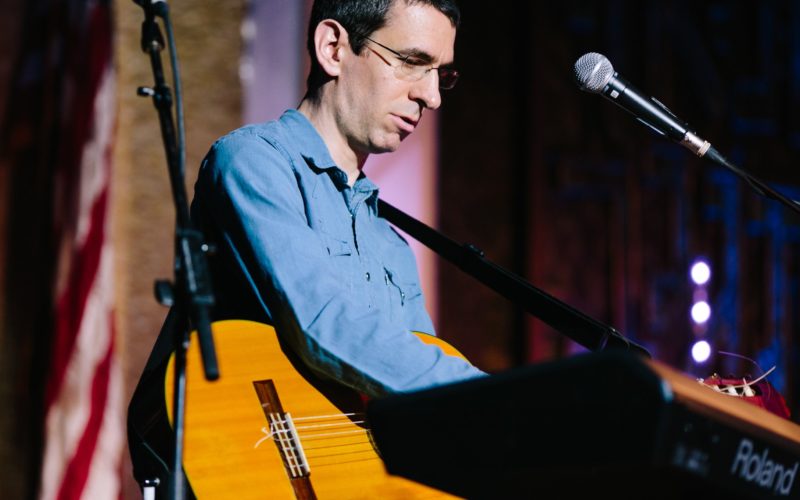 A musical-theatrical piece with Ronvé O’Daniel for a rappers/vocalists and orchestra that explores the impact of recent worldwide events on our future as a society, in a hybrid of the classical concerto and hip hop’s concept EP.

Indeterminate Bodies, a sound, movement, and technology project, explores the concept of embodiment through experimental soundscapes and performance. 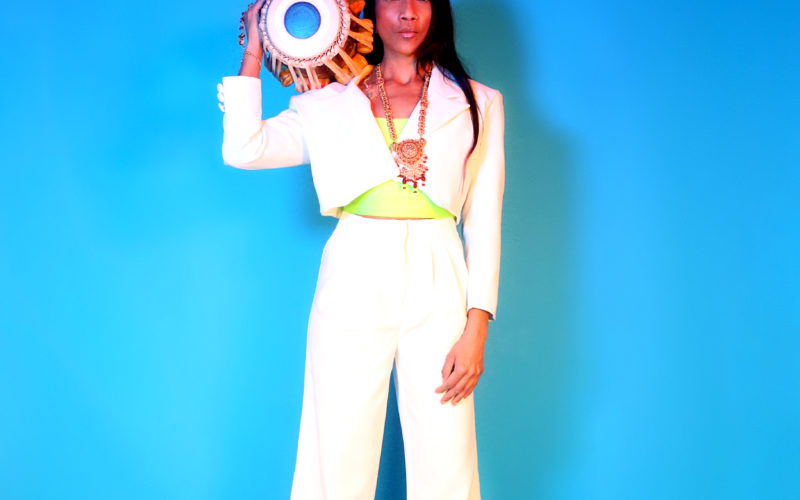 Tabla player, Roshni Samlal envisions a percussion-forward ode to her familial Trinidadian musical history and to song forms born out of indentureship, influenced by the mythos of exile, Bhojpuri folk songs, chutney music, sound design contextualized tabla solos and the narrative waters of memory in carrying stories to new lands. 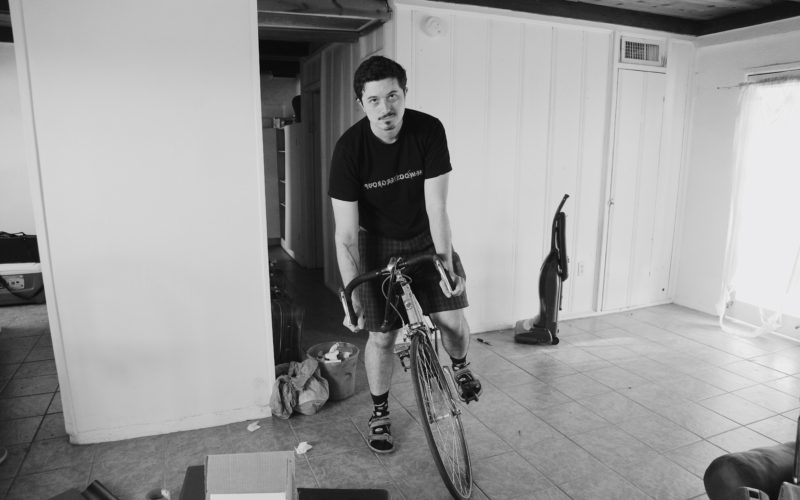 Song Cycle is a multimedia project that illuminates the powerful connection between music and dementia, through the intimacy of once family's story this project aims to reveal the universal challenges of dementia and the need for self expression. 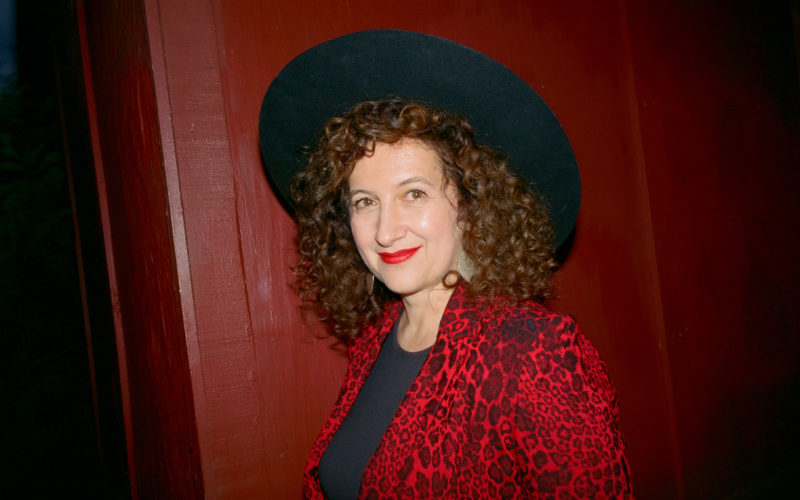 Swing Makes You Sing EP is a collection of high quality original jazz songs for kids to experience authentic connection to fundamentals of jazz and the values and social skills that jazz embodies - through topics that are relevant to young people (e.g. conversation, listening, friendships, food, school, feelings). 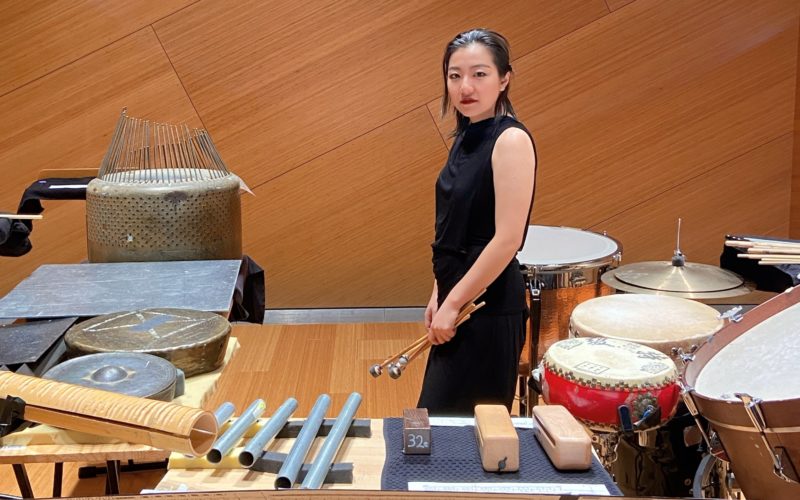 Collaboration with composer Rachel C. Walker and writer Autumn Tsai on a new work for speaking percussionist and electronics connected to the life of twentieth century Taiwanese novelist San Mao 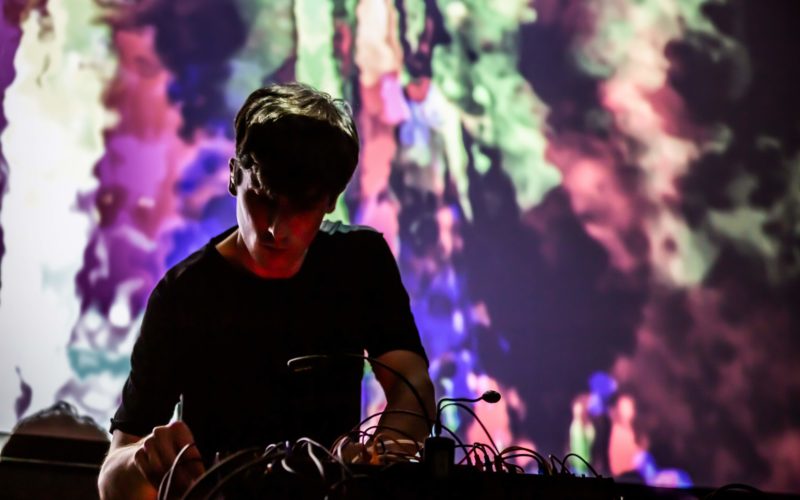 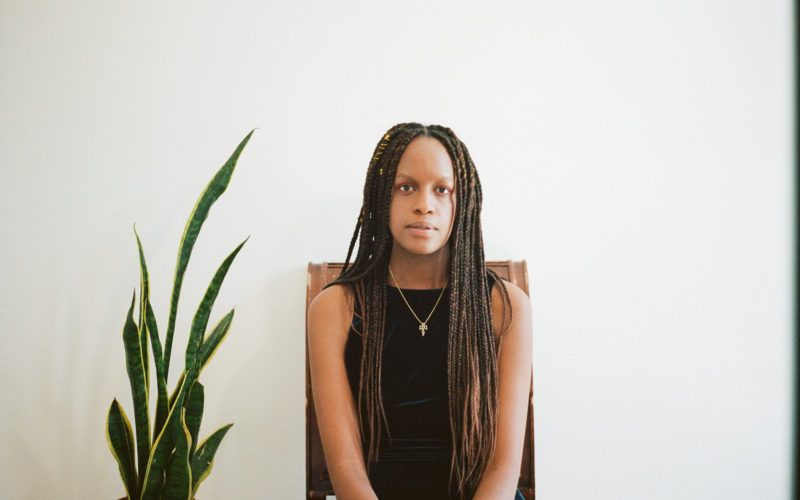 A multi-movement work on the physical and emotional experience of being sick; particularly drawing from the experiences of Black writers & musicians on their own dealings with pain and reckonings of mortality. 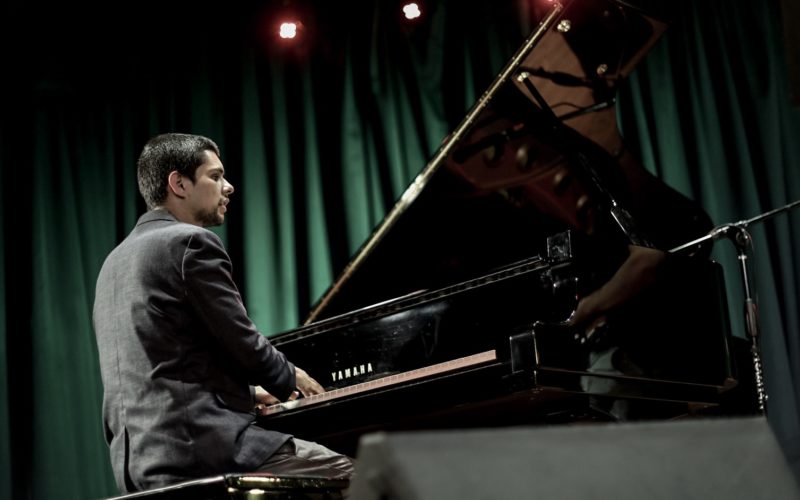 This project consists of studying the musical and social philosophy of the Costa Rican indigenous community Bribri, using sung poetry from this community to compose new music and do a virtual performance. 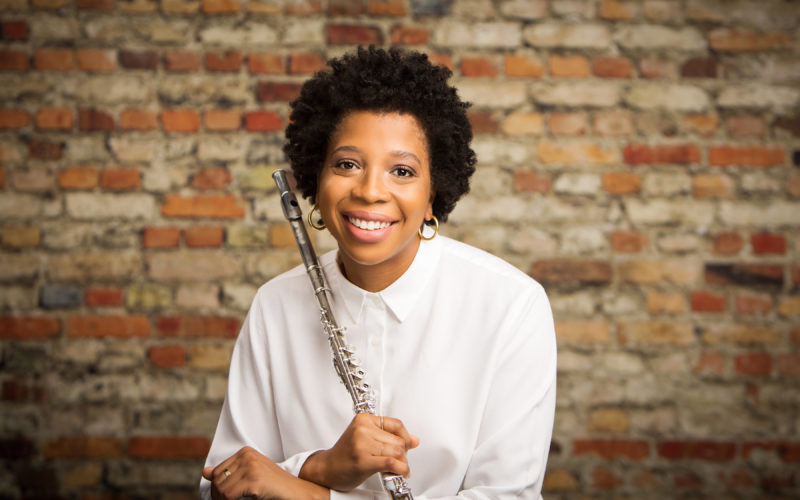 Homecoming is an audiovisual art piece featuring works by Allison Loggins-Hull and Nathalie Joachim. It shares my varied perspective on my hometown of Charleston, SC, which I deeply love. As a Black woman, an artist, and a descendant of Gullah people, Homecoming represents me. 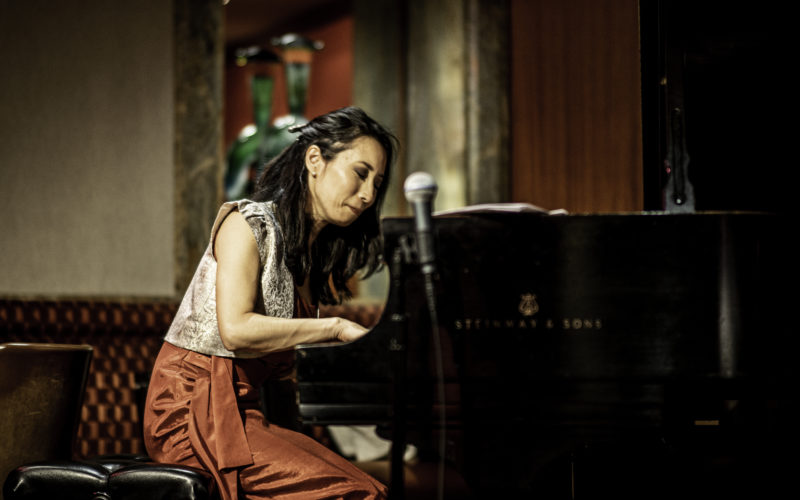 Pianist/Composer Yayoi Ikawa collaborates with musicians based on her experience during the Pandemic in healing, hope, and love. 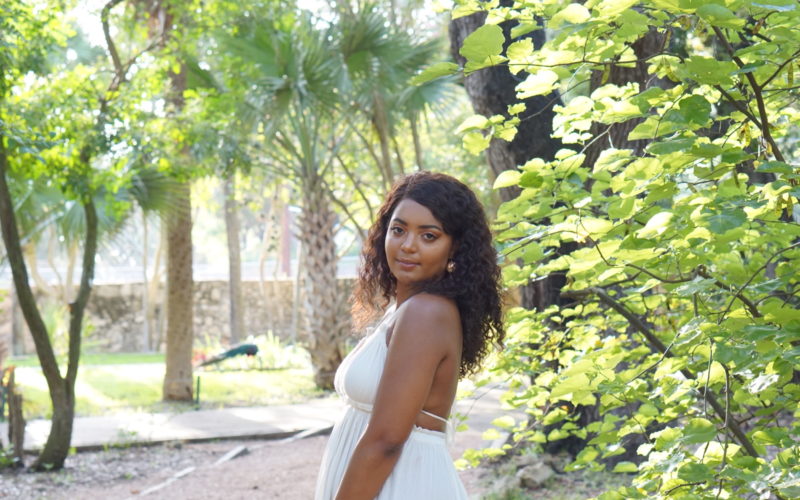 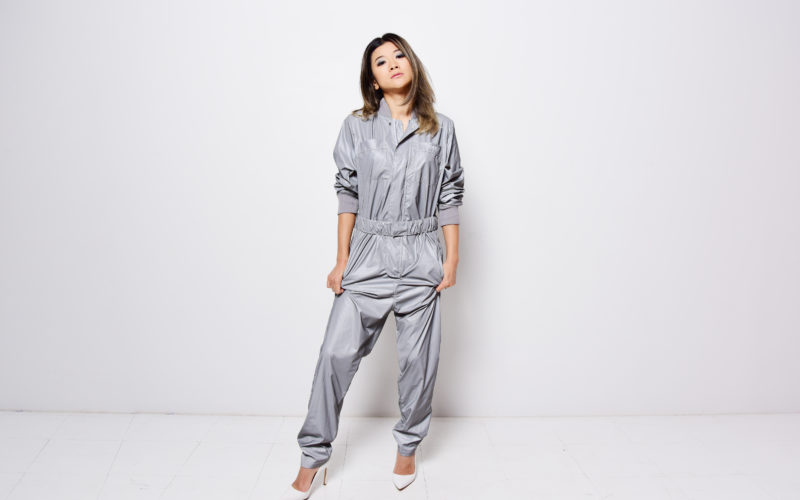 'Myth of Tomorrow' is the second installment of Erika Dohi's debut album 'I, Castorpollux', released in May 2021 under label 37d03d. Based on the Japanese artist Taro Okamoto's mural of the same name, 'Myth of Tomorrow’ will feature compositions by Dohi, and will be produced by composer William Brittelle. 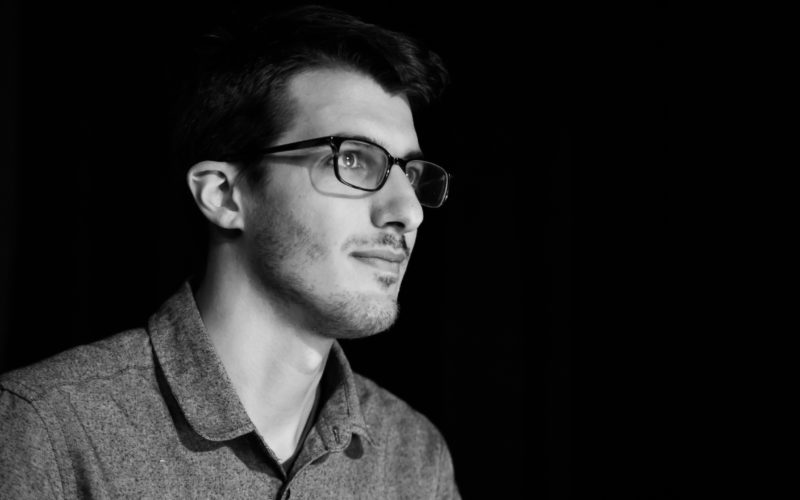 Salvaging Birds is an EP for flute and AI-generated electronics featuring Alex Sopp and Yoshi Weinberg. An extension of a research project of the same name led by Maya Livio, this interdisciplinary collaboration investigates the logics of environmental data, speculatively queers birdsong datasets, and complicates datafied approaches to conserving what and who is left of our world.