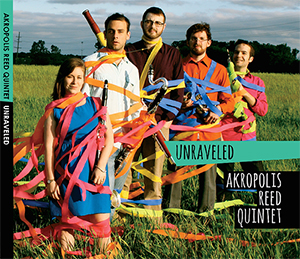 I don’t get time to listen to music like I used to. The past few years have been so busy for me that sitting still in a room and letting sound be the sole focus (live or recorded) has gone from being a regular occurrence to an occasional indulgence. Maybe indulgence isn’t the right word, but as anyone who does music for a living will tell you, you have to fight for the time to do what you do. The diligent carving out of minutes and hours and the thoughtful use of those resources becomes more and more of a struggle as the responsibilities of life crowd in, but that’s the gig right? Life piles on and you say, “Thank you, Life. May I have another?”
Part of it is the double-edged sword of multi-tasking; I’m always doing more than one thing. When I say “listen to music like I used to,” I’m thinking of the times in high school when a new album would come out. I’d lie down on the floor of my bedroom with the speakers of my stereo positioned on either side of my head (at a reasonable distance and volume; I still hate headphones), close my eyes, and just listen. These days I still get down on the floor, but it’s usually for some serious tea-time with my daughter, and on these very regular occasions my head is surrounded by toys, not speakers.
I bring all this up because I’ve had this album staring me down for a while now, and I finally got a chance to stretch out and have a listen. 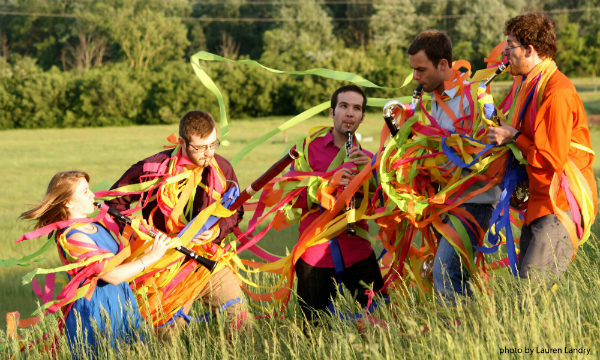 The Akropolis Reed Quintet is having a good year. In addition to their gold medal-winning appearance at the 2014 Fischoff Competition, they’ve released their second album, Unraveled. Like their debut, High Speed Reed, Unraveled features works written for the group through their ongoing commissioning project. For those unfamiliar with the reed quintet genre, the instrumentation is much like a wind quintet with the flute and horn swapped for saxophone and bass clarinet. The album is filled from stem to stern with tight writing by young composers, and the spectacular playing engages both intellect and emotion throughout. Bursting out of the gate, Paul Dooley’s sharp and pointy Warp and Weft pushes forward with a constant, relentless intensity. Four-Letter Word by Robert McCarthy seems at first a calm pairing with the Dooley, until it too launches into a dense, rapid texture underpinned by bassoonist Ryan Reynolds’s ostinato. In three movements, the highlight of the piece is the second movement. Largely homophonic with glimpses of a sort of Copland-esque jazz harmonic language, this movement dials down the notes-per-minute for the most part until about 2:45. at which point rapid sequences drive round and round briefly, speeding through for a bit before the longer, plaintive lines return.
True to its name, Roger Zare’s Variations On Reverse Entropy starts off as though the piece is pulling itself apart and does a hell of a job of it until around the three-minute mark, when a very simple ostinato begins to bind the work together. This little machine has been operating all along, but it doesn’t really become obvious until that mark and it does give the impression of a slow-motion reverse explosion. Jason Turbin’s Morse Code features solo lines couched in lush chords which provide a brief intro to the popping and locking that one might expect from a piece with this title. You can imagine the players feverishly counting all the little hockety entrances as they try to piece together the complicated texture which shortly becomes background to oboist Tim Gocklin and saxophonist Matt Landry’s melodies.

All of the music on the disc is quite engaging, and as compelling as it was to hear, I really wanted to see it performed. Jason Turbin’s Morse Code in particular evoked that emotion. Though the hocket framework is aggressive, in reality it’s quite delicate; it’s the kind of thing that can totally fall apart if everyone isn’t a rock star and not fully on their game while performing it. That danger can’t be sustained forever, but it’s part of what makes live performance what it is. Florie Namir’s clever, three-movement Delevarnu wins the award for best title. A slow, languid opening movement with a deft use of crescendo/decrescendo (such as the effect that occurs when two winds play a minor second rising from niente and what the listener hears is the beating between the notes…very cool) followed by a second movement that is at once noir and nostalgic, the effect enhanced by pitch bends and dense chords. Elliot Bark’s Autumn in New York picks up on the nostalgia with clean, simple melodies that offer a lamb-like bookend to Dooley’s opening lion.

I like it here on the floor. The music is pretty cool.