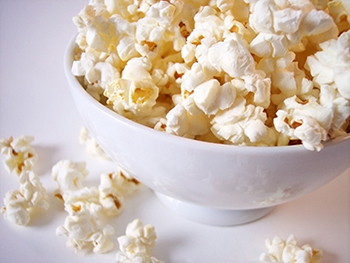 Unless you’ve been hiding from the internet lately while you completed that commission or struggled to get that project grant application in on time, you’ve probably crossed paths with the great debate going down between the defenders of current pop music criticism and the champions of more rigorous analysis. In all truth, this is not a new discussion but, like many perennial debates, it is still hard to look away when a fresh volley is lobbed.
For as much as it stirs the pot when a “serious music” review mentions the soloist’s hem line, it turns out things get even more heated when pop goes under the cold lens of the theoretical magnifying glass. In this Twilight Zone, considering suspensions in the construction of a Miley Cyrus hit is perhaps more controversial than viewing and commenting upon Miley Cyrus’s naked breast.

For as entertaining as I’ve found Owen Pallett’s Slate contributions playing the “what do we talk about when we talk about pop music using Western music theory,” what I believe it was meant to ultimately drive home is that, as with much in life, there is a serious benefit to moderation. Swing too far one way and get mired in the vacuous TMZ gossip mill, yet swing too far the other and end up lost in a realm of IKEA instructions feeling like you’re short two screws and a hex wrench. But while there is plenty of room on all sides of published musical discourse for improvement and that’s important to explore, this is largely a false drama. In my experience, music writers across genres rarely live firmly affixed to either pole. They publish anthologies of the Best in Music Writing (well, they did) that demonstrate such things if you’re short on research time. There is plenty of bad music writing out there, just as there is plenty of bad music. Yet your definitions will probably vary from mine to whatever degree, so I value the diversity of that continuum. As music fans, we’re all hunting the good stuff, no?

The piece of this argument that I’m hung up on is the idea that pop writing is too “lifestyle” oriented, implying to me this unstated idea that the heavy theory crowd is above all that silly nonsense. You can fetishize anything, whether that’s an artist’s row or an artist’s body. Mixing up lifestyle with artistry is not just a pop phenomenon, though it’s easier to dismiss, I suppose, when the words are smaller and the pages glossier.

So we’ve each made music lifestyle choices for better and for worse, and we might all be improved if those choices felt less like fences. Perhaps I would be a better critic if I took the time to consider the output of Justin Bieber on the critical scoring points that matter to me, independent of the mainstream media through which I disregard him, but you won’t convince me of that. Talking about music by talking about that slick industry 1% is just a neat distraction in these critical conversations. To my mind, what’s important is that I try and understand work—any and all work—that says something remarkable to my ear and to share that with others on whatever terms I might best rest it.