We in Western culture have a habit of reflexively using “original” as a synonym for “good,” especially in music. I’m going to argue that originality is not actually a virtue, but rather, that freshness is. The concepts are related, but not identical.

The most sampled recording in history is probably “Change Le Beat” by Beside and Fab Five Freddy, which was produced in 1982 by Bill Laswell.

If you’re listening to this song for the first time right now, you might be wondering what’s so special about it. You’d be right to wonder. Even Fab Five Freddy was reluctant to have his name on it. The special part of the track comes at the very end, when there’s a beep, followed by a vocoded voice saying, “Ahhh, this stuff is really fresssshhhh.” Hip-hop folklore has it that it’s Fab Five Freddy speaking the line, but it’s actually Bill Laswell’s manager Roger Trilling—he was playfully imitating Elektra Records head Bruce Lundvall. As Dave Tompkins puts it in his book How To Wreck A Nice Beach, “One of the most cloned hip-hop noises was but an imitation itself, mistaken for someone else in disguise, imitating the imitator on the A-side but replicated by a machine.”

The words “ahhh” and “fresh” are for hip-hop turntablists what the twelve-bar blues is for guitarists: both an entry point for beginners, and a bottomless resource for master practitioners. “Ahhh” and “fresh” are comprised of filtered white noise, which always scratches well. The “ahhh” has a distinctive attack and decay, so it’s easy for turntablists to keep track of where in the sample they are. And “fresh” is, well, fresh.

There are several different definitions of “fresh.” As a synonym for new or different, it can refer to food that isn’t canned, frozen, or otherwise preserved; a well-rested, energetic, healthy-looking person; an inexperienced noob; someone recently arrived, as in “fresh off the boat”; water that’s good to drink and not salty; or air that smells clean, pure, and cool. Fresh is also a dated slang term for impudence or impertinence. In hip-hop culture, fresh is on the endless string of synonyms for cool. Neither Roger Trilling nor the record executive he was mocking knew the hip-hop sense of the word when “Change Le Beat” was recorded, but that’s naturally the sense that turntablists intend when they scratch it. Thus you get Doug E Fresh rapping, “You’ve got to be [fresh], to rock with [fresh], and I’m D-O-U-G-I-E [fresh]!”

The wonderful thing about the hip-hop usage of fresh is that it could be referencing any of the various original senses of the word: new, refreshing, appetizing, attractive, or sassy. 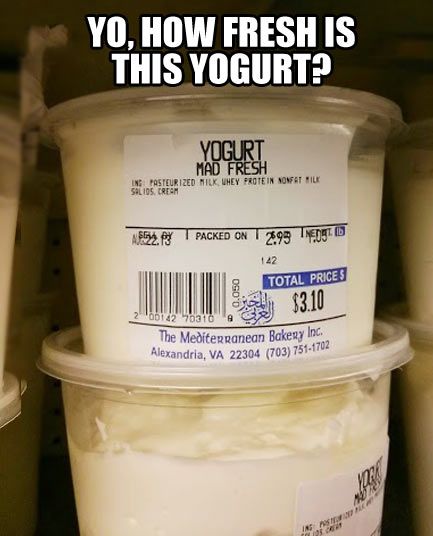 We in Western culture have a habit of reflexively using “original” as a synonym for “good,” especially in music. I’m going to argue that originality is not actually a virtue, but rather, that freshness is. The concepts are related, but not identical.

In the strictest sense, we can understand originality to be a measure of information entropy, the information in a system that’s novel or unexpected. A song’s information entropy is high the first time you hear it, and then drops precipitously on each subsequent listen. Once you’ve thoroughly memorized and analyzed the song, its information entropy approaches zero. More generally, the music with the highest information entropy will be the most dissimilar to music you’ve heard before. Producing original music in the information-theoretic sense of the word is trivially easy. Pull note names and durations out of a hat, or get a toddler to bang on a MIDI keyboard, or consult the I Ching. If you want to be really novel, you can generate audio files by randomly filling an array with ones and zeroes. The result is likely to be either tedious or annoying, or both. You’ve generated a lot of new information, but without a pattern or structure, it’s just noise. Now of course, some people like noise, and good for them. But even noise music is more structured than complete randomness. Most of us don’t want total originality in music; we want small variations and hybrids of known ideas, a delicate balance between novelty and familiarity. That balance will tilt one way or the other, depending on the listener. Very often when we praise music for being “original,” we mean that it’s new or surprising to us personally. Surprise is entirely a function of your expectations. Recently, a student of mine presented a song by a self-described “experimental” Korean band called Clazziquai. I was expecting some kind of skronked-out punk, and instead was greeted by tame electronic pop with some occasional audio manipulations and stutters. Within the formulaic confines of K-Pop, no doubt these effects are startling. If you listen to a lot of Aphex Twin or Squarepusher, however, Clazziquai will hold no surprises for you. Rather than evaluating music in terms of its originality, we need a criterion that gets at more meaningful aspects of musical quality: emotional truth-telling, recursive patterns of symmetries and asymmetries, intellectual depth, danceability, and so on. We should be judging music by its freshness. We can use exactly the same standards for music that we’d use for produce. A carrot doesn’t have to be unlike all other carrots that came before it; it just has to be crunchy, tasty, and nutritious. Unlike vegetables, music can retain its freshness over long time spans, and can even get fresher over time. Herbie Hancock’s “Rockit” epitomized freshness when it first came out—the album it appears on was named Future Shock for a reason. This song exemplifies the ’80s so perfectly that it was inevitably going to become dated and lame after a while. But then, like many artifacts of early hip-hop culture, “Rockit” attained a retro freshness that will never wear out. The documentary Scratch features a series of turntablists who cite “Rockit” as their first inspiration. I incorporated some of them into my own remix: “Change Le Beat” itself was never all that fresh, and it probably never will be. But just like a rotted log feeds a whole new miniature ecosystem, the “Ahh” and “Fresh” samples are inexhaustible sources of new music. No track that includes the samples can be original by definition, but they can most certainly be fresh.