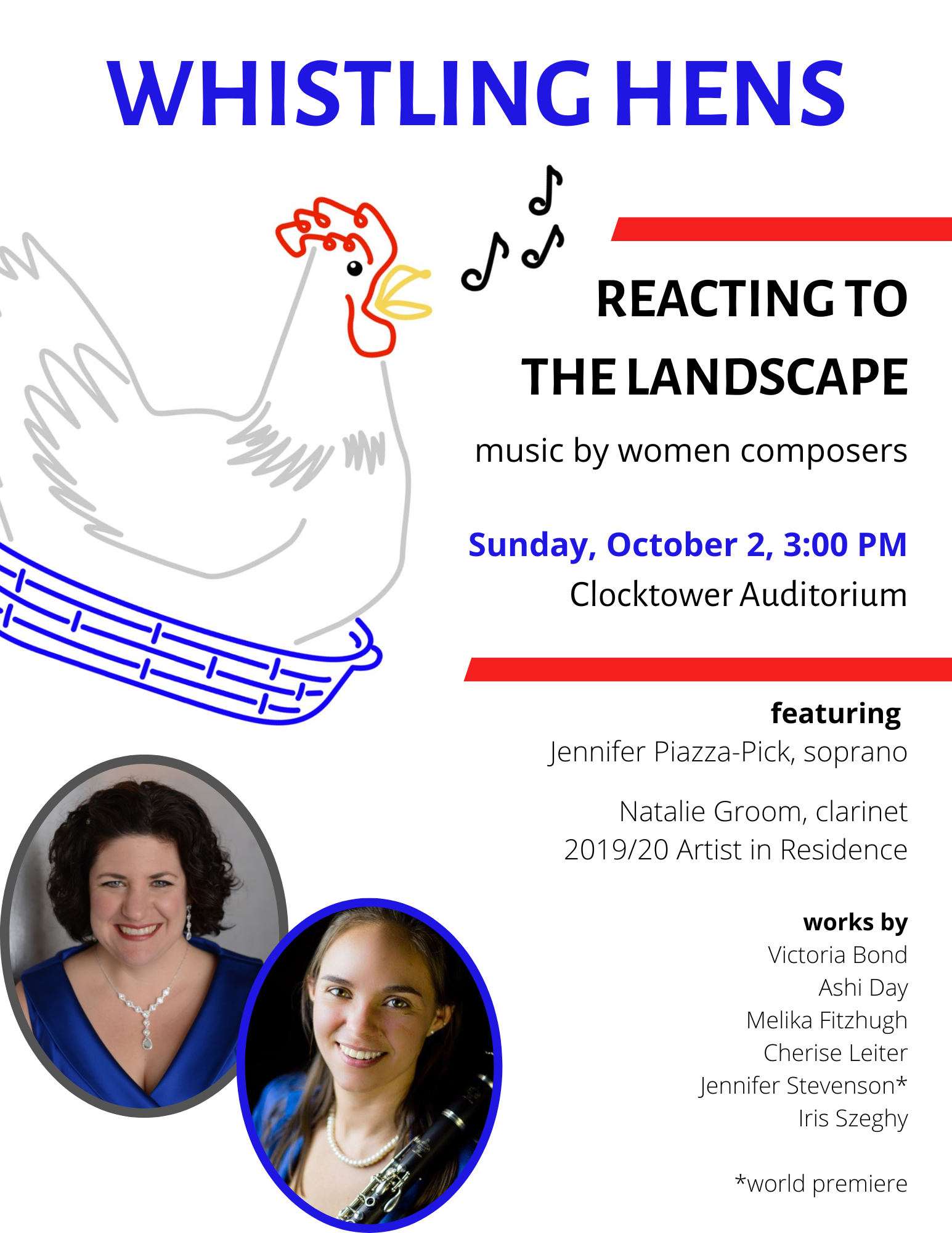 In concert with the release of their debut album on Oct. 1, 2022, Whistling Hens will be clucking up a storm at Collington Retirement Community in a program featuring works by:
Cherise Leiter
Jennifer Stevenson*
Iris Szeghy
Ashi Day
Melika Fitzhugh
Victoria Bond
*world premiere

Reacting to the Landscape, the title of this program and Whistling Hens’ 10.1.22 debut album, comes from former Baltimore Symphony Orchestra conductor Marin Alsop. In a 2016 interview, she responded to the question of why a course for women conductors was needed by saying,
“…I think it’s a disingenuous question. It’s only necessary because of the reality. It’s not something I’m making up. I’m just reacting to the landscape…Because I have quite a thick skin, I don’t mind being the one out front, trying to elbow my way in. But I think, as that person out front, it’s important for me to create a pathway for people coming through. I don’t want it to be so hard for the next generations.”

So why women composers? Why now? We’re just reacting to the landscape. Join us.