What Is the Present?
NewMusicBox
Written By

What Is the Present?

The more I’ve been thinking about Rzewski’s claim that culture over the past century has regressed, as I wander through cities like Warsaw and Tallinn which have moved into the future by reinventing the past, the more I think it is impossible to think in terms of past, present and future in a linear way.

It has been fascinating for me to visit Warsaw, Poland and Tallinn, Estonia again. Sixteen years ago, I visited both of these cities on a whirlwind trek through Eastern Europe as a somewhat starry-eyed tourist traveling on my own. This time I am here for professional reasons—for the General Assembly of the International Association of Music Information Centres (IAMIC) and Warsaw Autumn (both of which concluded this weekend) and now the International Music Council’s World Forum for Music (which begins later today in Tallinn). These two cities have both changed so much, as is to be expected after sixteen years—perhaps even more so given their transformation from having been only recently liberated from the Soviet Union (back in 1995) to becoming full-fledged members of the European Union (today). Strangely, in addition to all the new things that are here, paradoxically there also seem to be more old things. 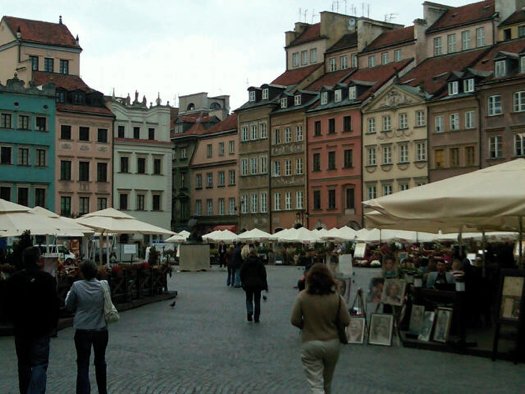 At the main square in Warsaw’s “Old Town” 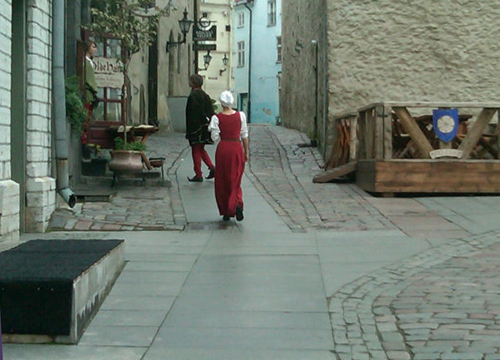 Fashion in Tallinn, circa 2011

The final day of IAMIC’s proceedings on September 24 was a series of panels open to the general public during which two American composers—David T. Little and Frederic Rzewski—offered divergent perspectives on the intersection of music and politics, as well as the current state of the art. Little spoke about how politically motivated composers during the course of the 20th century went from writing revolutionary music to critical music—becoming less concerned with creating agitprop for specific causes and more with working out ideological problems which might have multiple solutions. He acknowledged, however, that we might again be veering toward a more revolutionary approach as a result of uprisings that are happening around the world. Rzewski, on the other hand, launched something of a Jeremiad on how we no longer create political music and that culture over the past century has regressed. He decried the present state of contemporary pop music—how it is all on one dynamic level (loud) and is less sophisticated harmonically than pop music of earlier generations (e.g. The Beatles). He contended that the same was true for so-called contemporary classical music, claiming it has devolved because of its reliance on repetition and echoes of music from earlier eras. Many in the audience were taken aback by his pronouncements since there is such an enormous and seemingly unprecedented variety of music of all kinds happening right now. I was baffled because many of the pieces of Rzewski’s that I personally treasure also rely on repetition and/or contain reminiscences of 19th-century romanticism. 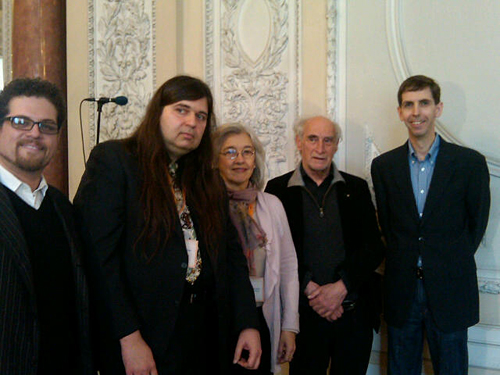 Yet the more I’ve been mulling over about Rzewski’s assertions, the more I think it is impossible to think in terms of past, present, and future. Being in Warsaw and Tallinn has actually helped me to move even farther away from a strictly linear approach to time. The “Old Town” of Warsaw is a magical collection of buildings with tons of details in vibrant colors. At the entrance to the “Old Town” is the “Royal Castle,” an opulent palace whose assembly hall (where a concert devoted to the music of inspirational Croatian President Ivo Josipović was performed on Friday night) is one of the most ornate Baroque rooms I’ve ever been in. But all of this was completely reconstructed in recent times. The Nazis bombed Warsaw beyond recognition; at the end of the Second World War, virtually nothing was left standing. A photo of the Royal Castle from 1946 shows the remains of an entranceway and a pile of rubble. The “Old Town” is not so old; in fact, old buildings are currently still being built. At the same time, there is an extremely up-to-date vibe in other parts of Warsaw. The once dominant Soviet era edifices now co-exist with and are overshadowed by wacky post-modern architecture and high-tech skyscrapers. Much of the contemporary music of Poland is also a remarkable synthesis of old and new ideas. 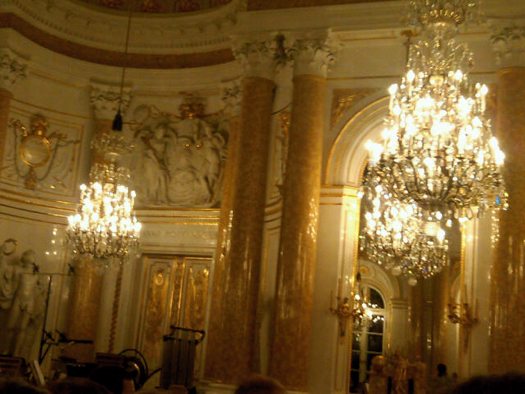 The Assembly Hall of the Great Palace in Warsaw

Back in 1995, the “Old Town” of Tallinn I experienced was a somewhat quiet place filled with centuries-old buildings in various stages of disrepair. Today it is a vibrant “medieval” city where people greet you in period attire and early music is its soundtrack, emanating from both live musicians playing antiquarian instruments and from speakers, a concession to the present day. At a popular local restaurant, candles are the only form of light and beer with mulled spices is served in chalices. Admittedly there are also Golden Arches directly inside the arches of the city wall; such is the 21st century. Today, to get to the conference I will finally see the newer part of Tallinn. When I visited here for just a few hours in 1995, I finally understood how Arvo Pärt and other contemporary Estonian composers were able to forge a fresh new musical style from traditions dating back hundreds of years. Now I understand that if we are paying attention to the world we live in, that is pretty much what we all inevitably do. 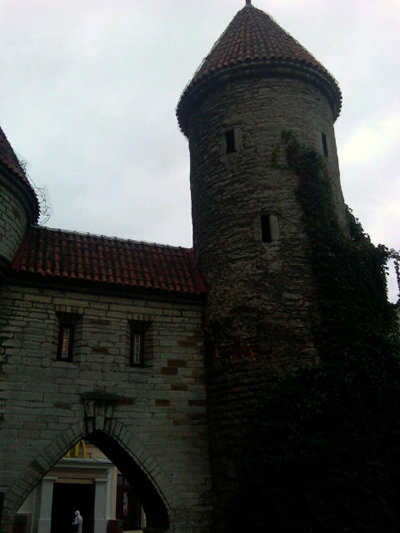 Many kinds of arches in present day Tallinn