Warts and All
NewMusicBox
Written By

Finished products are great, but if we living composers have anything to offer that dead dudes like Beethoven cannot, surely it’s the creative process itself. Why can’t workshopping a new composition be an important community event? 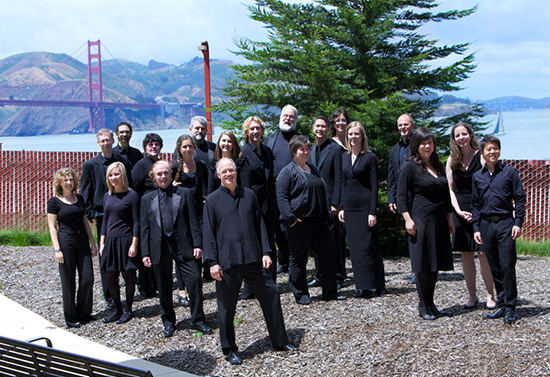 Last month I had the chance to work with the exceptional San Francisco chamber choir Volti as part of the choir’s choral arts laboratory for nascent choral composers. The singers in Volti are all new music specialists, and director Bob Geary and longtime composer-in-residence Mark Winges have brought countless works to life during the ensemble’s past seasons.

Volti commissions works by more experienced choral composers such as Stacy Garrop and Armando Bayolo, as well as performing contemporary classics by Aaron Kernis and David Lang, but Volti’s choral arts laboratory is all about offering younger composers a chance to learn the ropes in a supportive environment. It’s an experience that any young composer would be grateful for, and as I’ve yet to write a “real” SATB choral piece I couldn’t be more excited about the opportunity.

This year, Volti decided to try something new: the big theater in town (the American Conservatory Theatre) had just opened up a new black box theater in Central Market, and Volti worked out an arrangement to use the space for an open rehearsal of new music. There’s a sense in which showing off a work-in-progress with all its warts to a roomful of strangers isn’t something that would make all composers sit up and exclaim, “Sounds good! Sign me up!” but I found the questions and response from the assembled audience to be provocative and ultimately very helpful. I sure wish that I could rehearse every piece several months prior to having it turned in; and even more wistfully, I wish that every ensemble I worked with was as invested, thoughtful, and eager to explore new ideas as Volti. 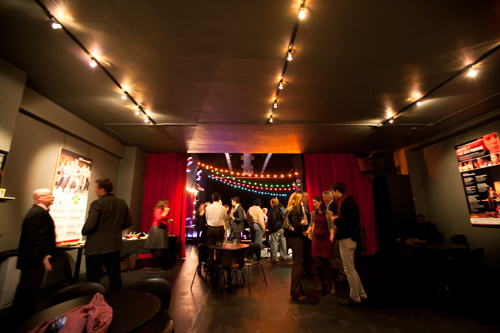 Which makes me wonder: Why don’t we do this all the time? The idea of a composition as a public work-in-progress (and composition as an act deeply integrated with the community it serves) is inherently attractive. It’s an opportunity for the composer to hone his or her craft, solving difficult problem while there’s still time. It’s an opportunity for the ensemble to connect to a new community of concertgoers, and an opportunity for the audience to follow the process by which a new work is created. And it does this in a way that deepens a sense of connection, in the same way that growing up with close friends or family members provides for a deeper knowledge that is the basis of intimacy. Why can’t workshopping a new composition be an important community event?

Finished products are great, but if we living composers have anything to offer that dead dudes like Beethoven cannot, surely it’s the creative process itself, which when it comes to the old masters can only be inferred indirectly. I hope that more arts organizations wise up to this approach to new projects, and also that presenters of music in particular will keep in mind that much of the value of engaging living composers has to do with so much more than the composition they eventually produce—those unseemly musical warts might have more value than the preened and often put-on affair of presenting painstakingly rehearsed works, cut off from the context of their own creation.