A series of interviews and essays on depression, anxiety, and making music. 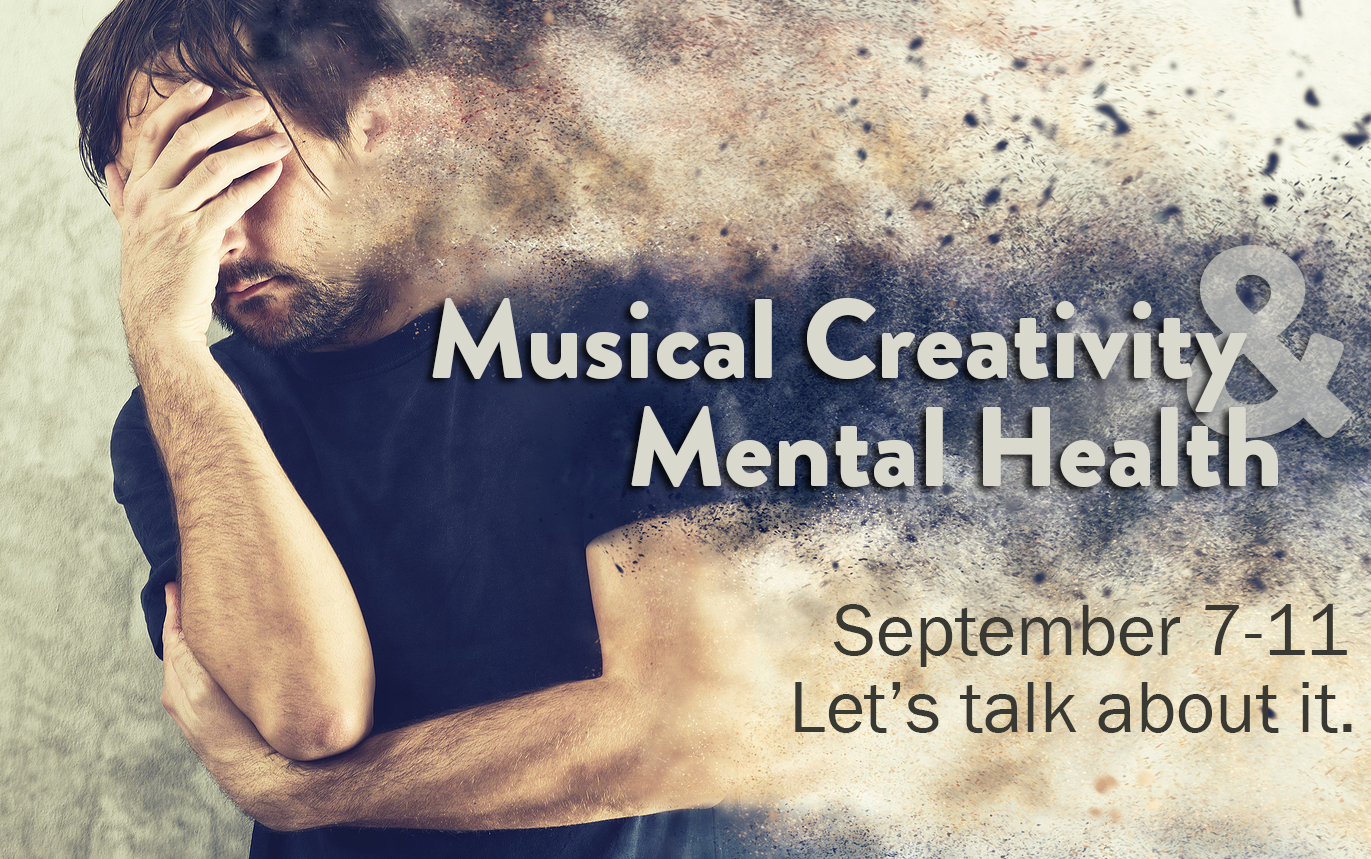 When composer Nico Muhly blogged about his journey towards mental health—after what he described as “ten chemically-unexamined years” of medication and manic depression—the Internet responded by gathering itself into a brief but unmistakable group hug. On my Facebook feed, colleagues all over the country shared the post, thanking Muhly for his honesty. Many indicated, or implied, that they identified with his experience.

As timing would have it, when Muhly’s post went public in May 2015, it had recently dawned on me that I was depressed. I’d spent the winter months in an unrecognizable funk, struggling to find structure and meaning in my days as a freelance artist, inexplicably crying at stoplights as I tried to get a grip. I’d lost “control” over my own mind—if I’d ever had it to begin with—and Muhly’s introspective candor was a balm for my confusion and isolation.

Later, I remembered a 2009 New York Times article written by composer Keeril Makan, whose reflections on depression and musical creativity had caused quite a stir. I thought about all the veiled references to depression I’d seen on social media and overheard at concert receptions. It began to seem that, in the midst of an expansive national conversation about depression, there was a more specific conversation to be had within our own artistic community. Are musicians more likely than everyone else to be depressed? Are composers leveraging their inner turmoil to create great work? What are the psychological effects of our competitive artistic economy?

And thus, this week’s series—Musical Creativity and Mental Health—was born. Each day this week we will bring a different first-person perspective on these questions. My hope is that these pieces provoke discussion and sharing, as well as simply affirming that those who struggle with depression while making musical work are not alone.

Here’s what we’ve got planned this week:

TUESDAY: An interview with Marcos Balter

THURSDAY: A conversation with Keeril Makan and Daniel Felsenfeld

FRIDAY: At home with Carolyn O’Brien

What’s wonderful about this collection of essays and interviews is that, hidden among the mental and emotional challenges that each artist has endured, you’ll find stories about the ways they’ve learned to care for themselves and their music. You’ll read about the fascinating way that Carolyn O’Brien, in the depths of a depressive episode, created a compositional structure that allowed her to compose in the tiniest increments. You’ll find artists setting personal boundaries around relationships and social media. You’ll read about how today’s generation of composers are departing from the alcoholism of their teachers.

We look forward to a week of dialogue with these artists and with you, our readers.