Thinking About Language in a Post-Genre Context

Hannah Schiller’s research into polystylism in today’s new music led her to question the utility of a genre-based framework entirely. But when those terms are absent, how do we create cohesive language that can be realistically used to discuss and promote music?

I spent this summer immersed in the music of Roomful of Teeth, a “vocal band” consisting of eight singers with a commitment to exploring the expressive potential of the human voice. I was doing research in order to better understand how and why composers were using what—at that point—I was describing as “polystylism.” I spent my time labeling non-Western classical elements in the group’s pieces, gathering information on the composers’ backgrounds and “non-classical” experience (like Wally Gunn’s time spent in a punk band), interviewing the composers about their opinions relating to this topic, and eventually observing the group’s rehearsals at MASS MoCA during their intensive annual summer residency. Some time into my research, I grew uncertain about the basis of my research question; as I continued to wonder what the varied stylistic elements in each composer’s pieces meant, I also began to question whether they really had to mean anything at all. What if the composers just wanted to write this way, without any interest in “polystylism” or what their use of different styles means? Maybe this music, and the music these composers are writing outside of Roomful of Teeth, has nothing to do with stylistic elements at all.

A conversation with William Brittelle at MASS MoCA addressed many of these qualms. Brittelle, composer and co-founder of New Amsterdam Records, is a big proponent of a post-genre way of thinking about music and has had a large impact on my understanding of the post-genre framework. These ideas seem necessary and are surprisingly intuitive.

Post-genre thinking seeks to move away from objective judgment of music towards a subjective reality, where the emphasis is no longer on whether a certain piece fits/does not fit a pre-conceptualized “bin.”

At its most simple, this is a system of thinking about music that steps away from using genre as the main method of characterization and appraisal. Post-genre thinking seeks to move away from objective judgment of music towards a subjective reality, where the emphasis is no longer on whether a certain piece fits/does not fit a pre-conceptualized genre “bin.” Instead, the emphasis is on the individual intent of the composer. The individual is quite important to post-genre thinking. This framework focuses on viewing individual pieces separately from what other composers are creating as well as from preexisting expectations, allowing composers to write whatever it is they want to write. It is not about rebelling against existing genre conventions, but instead about allowing full expression of an individual composer’s musical worldviews. What is most appealing to me about post-genre thinking is that it does not seek to create a new musical movement or shift our music-making; in actuality, it serves as a more accurate representation of much of the music already being created today, and seeks to provide a better fitting system for discussing this music.

While there is still much work to be done in terms of devising a concrete theoretical framework for post-genre and understanding how this framework would be applied widely in the musical world, it has already served as a helpful tool for my thinking about new music. Prior to my shift towards this post-genre mentality, much of my analysis of Roomful of Teeth had to do with how non-Western classical stylistic elements broke the convention of what we’d expect from a group of classically trained musicians. Take Wally Gunn’s The Ascendant for example, a piece written for Roomful of Teeth and drum kit.

When first exploring the piece, I wondered why Gunn had decided to use the drum kit. What statement was he making by throwing a drum kit, more typically associated with pop/rock projects, into this group of singers? Was he actively trying to genre blend and expand classical music to include this type of instrumentation? My shift towards a post-genre aesthetic allowed me to rethink this analysis. My assumption that a composer’s use of drum kit had to mean something related to stylistic commentary is a problematic one within this framework; instead, by looking at Wally Gunn’s background and speaking with him about intent, I was able to gain a better understanding about this piece as an individual entity, rather than as a part of a collective genre-based musical identity.

The need for a shift toward post-genre seems most evident to me whenever I try to find language to discuss much of the music that interests me as a performer, composer, and listener. When asked by friends and family what kind of music I am interested in, I usually end up giving a rather vague description like, “I guess it’s ‘classical’ (always said with air quotes), but it’s not like Mahler or anything like that. It’s really cool. You’ll like it; I promise.” The word “classical” does not serve to accurately describe much of the music that is shoved under its label. I’m talking about music by many of the composers who have written for Roomful of Teeth, including Brittelle, Missy Mazzoli, and Sarah Kirkland Snider, as well as other composers such as Ted Hearne and Jodie Landau.

In my conversations with these composers, a central topic was genre-based language’s inability to capture what it is that they feel their music is doing. One of the composers I spoke with was Missy Mazzoli, who composed Vesper Sparrow for the group, and is also the leader of her own band, Victoire.

In our conversation, we discussed how she believed we, as a musical community stemming from the classical tradition, could go about breaking out of the classical bubble and getting people who may not typically engage with a string quartet to try out music like her own. She thought that language had quite a bit to do with it. According to her, using words like “new classical” is not exciting. She herself is an example of attempts at shifting the language surrounding emerging music; her group Victoire calls itself a band, and she often resists association with the term “classical.” When I asked how she talks about the music that she engages with, she responded:

I identify with the word composer, because I do come out of the classical tradition. I like that term, but anything beyond that, I feel like it’s always used against me to confine or associate my work with music that doesn’t belong with it or has nothing to do with it.

This pushing back against the “classical” label due to the fact that it confines composers and misleads listeners may be at the root of how a post-genre mentality can make its way into the mainstream. In our conversation, Brittelle addressed the importance of this, stating:

My response: That sounds exhausting. But perhaps by committing to a more active resistance to objective and genre-based language, conversations can begin about post-genre thinking in favor of a more accurate, individual intent-based characterization. My overarching question is then, what language do we use to discuss music instead of genre-based language? Or, more specifically, in a framework so focused on the individual, how do we create cohesive language that can be realistically used in the world of music to discuss and promote music? It may be helpful to look at postgenderism, which has worked to shift the language we use and how we discuss gender. I certainly do not have all of the answers yet, but continuing to ask questions about how we discuss the music we create and resisting genre-based language that we don’t identify with seem like steps in the right direction. 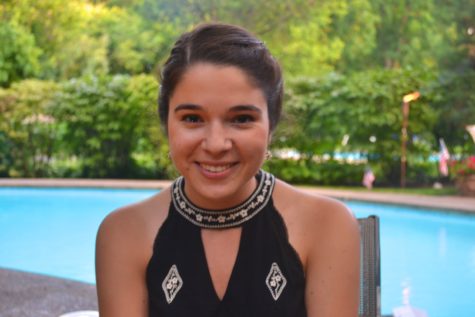 Hannah Schiller is a senior in the Bienen School of Music at Northwestern University. Her research interests center around the current musical moment; she is particularly drawn to post-genre concepts and music emerging from classically trained musicians that is difficult to categorize. She recently received an undergraduate research grant from Northwestern to study the work of Roomful of Teeth and was chosen as an Alumnae of Northwestern University Undergraduate Research Scholar as a result of her work. Hannah is also a singer, arranger, and composer of a wide variety of music.