The Plight of the Page Turner
NewMusicBox
Written By

The Plight of the Page Turner

Turning pages might seem like an almost desultorily simple task. It is not. It is a skill, and a surprisingly delicate one at that.

One of the running gags in my life (there are several) is the way my personal skill set has always expanded in the direction of impending obsolescence. When I was in high school, I learned how to edit audio and video—on tape. I mastered the idiosyncrasies of the IBM Selectric 3 typewriter. (Honestly, I still miss it.) In college, I staved off more than one eviction notice by scrounging opportunities for copying out parts from scores, by hand. I found myself writing newspaper criticism just in time to see it run alongside a spate of stories predicting the death of newspapers. (I have a book coming out in November; given my track record, I’m half expecting the publishing industry to vanish by Hanukkah.) 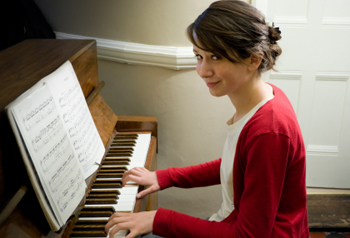 There’s one other skill I developed, one I actually took an odd amount of satisfaction in: turning pages. If you go to classical concerts, you see people turning pages all the time, for pianists, or organists, or, occasionally, other instrumentalists whose hands are too busy to advance themselves to the next page. Turning pages might seem like an almost desultorily simple task. It is not. It is a skill, and a surprisingly delicate one at that.

Still, it’s a skill that one acquires mostly by happenstance. I have both seen a movie (La tourneuse de pages, a 2006 thriller directed by Denis Dercourt) and read a book (The Page Turner, by David Leavitt, from 1998) that, for all their respective charms, posit the somewhat fictional notion of page turners who develop close, lasting relationships—professional and otherwise—with those they turn for. Page turning, at least in my experience, is far more likely to be a last-minute consideration, a straw drawn by the member of the stage crew with the best reading skills, or the best temporary rapport with the pianist, or (and I have seen this too many times for it to be a coincidence, I am sure) the best dress, or the one who, like me, actually and oddly enjoys it. But, however much of an afterthought it can be, it is, at least, something that has been a part of musical performance for as long as there has been notation.

I give it ten more years.

Page turning is one of those things that only acquires dramatic import in inverse proportion to how well it’s done. Maybe it’s the perverse pride I took in the task, but my attention is invariably redirected whenever a page turner is ill at ease, or out of sync with the pianist, or constantly playing a game of chicken with the high-wire combination of a recalcitrant binding and a drafty hall, pages teetering on the edge of turning themselves back before being hastily slapped back into place. (Boston’s Jordan Hall, notoriously breezy onstage, tends to witness instances of the latter at a fairly steady rate.) My own page-turning history has its less distinguished moments—I was once called in to turn pages for a concert featuring Peter Serkin and the Guarneri Quartet, touring with a brand new Hans Werner Henze quintet and a venerable Dvořák counterpart. Serkin was playing the Henze off a miniature score, as I remember, which presented its own challenges; they proved trivial in comparison with the Dvořák, Serkin’s copy of which had seen such wear that the binding actually split in the midst of one page turn, causing half the book to slip into his lap in the middle of the performance. Serkin merely played on, serene and imperturbable. 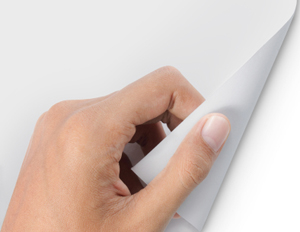 That sort of possibility for disaster always made me mildly amazed that better systems never arose. The Chicago-based pianist and composer George Flynn came up with a scheme in which he’d copy his formidably demanding scores onto large, loose leaves, then arrange them on the piano in an alternating pattern such that he could be reading one leaf while the page turner removed another. Such ingenuity is rare, though. At last month’s Burr Van Nostrand concert, there was a page turner faced with manipulating a score so cumbersomely large that, after a while, I simply began to regard his efforts as a layer of theatrical counterpoint.

Actually, given how much of the rest of the peripheral choreography of classical music performance has become fodder for avant-garde shenanigans, it’s a little surprising that there aren’t more pieces that deliberately rope the odd ritual of page turning into their provocation. Still, there are a few. Pauline Oliveros, in 1961, wrote a Trio for Flute, Piano, and Page Turner that casts the latter as something between an organ assistant and a doppelgänger, not only manning the score, but also holding down piano keys for resonance, reaching into the instrument to enable harmonics and sound-altering preparations, and even changing places with the pianist at one point. (Another Oliveros piece, Aeolian Partitions, gives similar prominence to the page turner.) In the coda of Gerard Grisey’s 1975 Partiels (part of the large cycle Les espaces acoustiques), the piece’s long-range exploration of musical tone is punctuated by a brief exploration of the more plebeian sounds of performance that surround it; the rustling and crumpling of the players’ sheet music plays a prominent role. It’s a nifty gambit—musically colonizing the performance space surrounding the music, an invasion made easier by our custom of pretending that space isn’t there.

Music history is progressive, though not in the immediately obvious way, the notion of styles superseding each other that held sway throughout much of the 19th and 20th centuries—that illusion has been run over by the continuing, persistent availability, via recording and performance, of pretty much the entirety of a millennium’s worth of repertoire. But recording and the evolution of live performance point towards music history’s real inexorable advance: technology. Instruments get louder; ranges (pitch and dynamic) get wider; notation gets more intricate and detailed; distribution gets easier and faster. And at every turn, performance and compositional practices change to take due advantage. 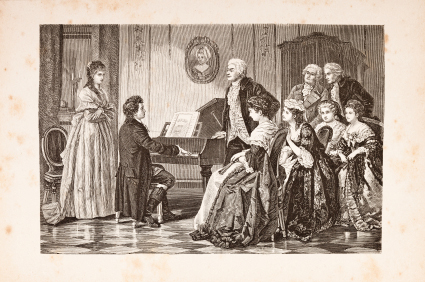 Will the advance of technology stay the human page turner’s hand?

Not that this is necessarily a tale of innovation and obsolescence, either—musicians have always had a healthy appetite for resurrecting the past, and with ever-increasing notions of fidelity. Perhaps in response to the sheer pace of technological advance it created, the 20th century also brought us the period-instrument movement, actually endeavoring to recreate and remaster older technologies of equipment and technique. (This is not limited to classical music. A couple weeks ago, I was shopping around for a guitar amplifier, and thus found myself ruefully and hopelessly considering the five-figure premium on, say, a 1958 Fender Twin.) But there is a deliberate element to such fidelity: eschewing what the current era takes for granted, making the effort to seek out and master older iterations of technology, and making that endeavor a central feature of performance practice—and, to be sure, marketing.

Like I said, ten years. Pretty soon, tablet computers, iPads and their ilk, are going to be so powerful and so cheap, and the digitization of libraries so far along, that carrying an entire collection of sheet music on a single, slim machine—one that will flip from page to page via a tap on the screen, or a foot pedal, or just by electronically processing its way through the score in time with the performer—will be the unremarkable norm. And the page turner will be obsolete.

Except in those cases where they won’t—in performances of those few pieces that make the physical, paper score and/or its unnoticed steward a specified part of the piece. Once scores go fully electronic—and they will—performances of pieces like Grisey’s Partiels or Oliveros’s Trio will become, in a way, period-practice affairs, necessitating that the performers seek out paper scores and the requisite personnel to manipulate them. As the historically informed movement works ever forward in history, one will perhaps see the return of paper scores as a deliberate choice, finding another layer of period-accurate theatre in the physical presence of the graphic efforts of Stockhausen, or Crumb, or Cage, or even just in the subtle gravity of that extra person on stage, lurking in the background, embodying equal parts calm and risk.

And that has gotten me thinking. For a good while now, the always-vague term “new music” has been applied with increasing tension to both that music that is actually, chronologically new, and that body of post-World War II modern and post-modern music for which its “newness”—its stylistic discrepancy from the canonic classical music that, with the advent of recording, continued to curiously hang around the culture—was its most prominent characteristic. Until I considered the prospect of its demise, I never considered that physical scores and the accompanying page turner could be something as important as an historical boundary. But maybe that’s what will prove to be the dividing line between new music and “new music.” Maybe this is one of those rare occasions when a single technological shift can plausibly represent a shift of historical ground. Given how hard it usually is to pin down such things, it wouldn’t surprise me that such a boundary would be, in the end, paper-thin.