The Performer, the Audience, and the Measure of Success

Does the new music performance belong to the performer, the audience, or both? Both points of view, though conflicting, are necessary to uplift the other party and elevate both the artistic achievement and commercial viability of our community. 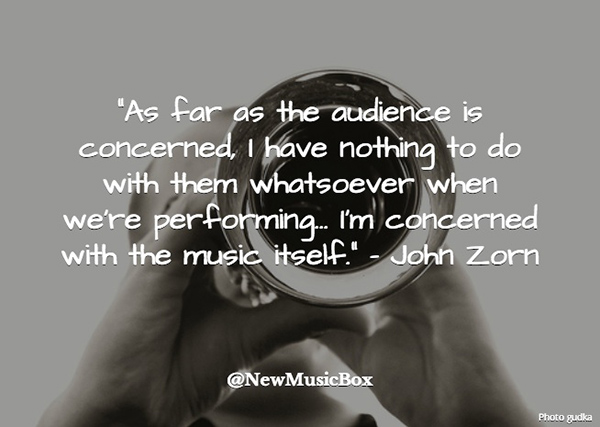 Do we really care if they listen? In new music, we are constantly aware of the criticism that our performances seem to be for a niche participant community rather than for a wider general audience. Well, our little sub rosa is that all performers know that we do it for ourselves—and that is how it should be…at least in part. The audience and series patrons argue that they supply the financial backing that makes our craft possible, and we should not only respect their place in our performance but consider them when making stylistic and programming choices. Does the new music performance belong to the performer, the audience, or both? This series will examine why both points of view, though conflicting, are necessary to uplift the other party and elevate both the artistic achievement and commercial viability of our community.

We are the creators, composers, and interpreters, and as much as we respect the audience and want to immerse them in our creation, the work itself is inherently an intentional act that we are creating and they are consuming. Any comprehensive performing musician enthusiastically promotes the creation of compositions, the displaying of sound in performance, and the experience of the music being made. But, should the attention be paid equally?

As performers, we have devoted our careers to issues of musical virtuosity, technique, the interpretation of the composer’s work, and how the variations of each specific performance expresses different facets of the composition. We have studied the historical, theoretical, and often personal context of the composition’s creation. When I’m performing, I know that everyone in the audience “owns” my instrument—the voice—but they are not there to use it as an instrument, and the vast majority cannot or will not have the ability and training to use it in the way that I am while on stage.

This ability, training, and study are privileges, and while I am honored that I have been entrusted to communicate these ideas, I am also (selfishly) receiving the richest experience of anyone in that venue. Not only do we as performers have the most knowledge of the piece and have often even collaborated in some way with the composer, but we absorb the visceral excitement of the crowd. I get the physical joy of stretching my skills to their utmost—and in new music I have material that is always exciting and challenging.

While performing, I use all of my senses to create an experience that is for myself even more than it is for the audience. When reading the score, I can see the interconnectivity of the musical lines take shape visually while listening to them happen in real time—I watch the act of creation from abstraction to fruition. I use body language to communicate with other performers and understand the communication in their subtle changes. And not only can I see it and hear it, but I have the sensation of making sound in my entire being, from the intake of breath to the internal vibrations to the pursing of my lips. It is physical, it is sensual, and clearly this aspect of the performance is for me.

Of course, this is hardly reserved for singers. In Avant-garde Jazz Musicians: Performing “Out There” by David Such, saxophonist and composer John Zorn describes a similar reaction:

After a performance, some people come up and say it’s very visual…Some people say that they didn’t know what was going on…Everybody gets something different and everybody experiences it in a different way. As far as the audience is concerned, I have nothing to do with them whatsoever when we’re performing…I’m concerned with the music itself.

Zorn isn’t suggesting that we all ignore the audience, but rather that there is a useful separation between his role as an interpreter and the audience’s role as perceivers. If a performer tries to alter his performance to manipulate the audience into a specific and universal response, then he has done a disservice to the music and the individuality of each audience member. Zorn may be discussing avant-garde jazz, but would there be any difference from a broader new music perspective? If we view each performance as being for us and allow the audience the space to create their own reactions, then we can ensure that our role in the performance achieves the performance that is most artistically true to ourselves and to the work.
In this case, there is a strong indication that because the performer gets the most out of the experience, the performance event is a heightened moment in the musician’s life and less so for the audience member.

The problem arrives when we try and measure our success. Being personally satisfied and artistically actualized as a musician does not pay the bills. Tickets sales pay the bills. Commissions pay the bills. The audience’s presence is vital to our ability to continue to program and perform new music. That suggests that parity between the performer’s and audience’s experience is necessary. However, when the performance is for the performer, perhaps the model we use for measuring success changes as well. Enjoying our communion with other performers and staying true to our own vision is delightful, but if it so alienates the audience that we turn off our support base, could it possibly be considered a successful performance? 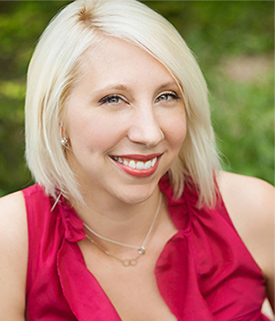 Mezzo-soprano Megan Ihnen is a tireless promoter of contemporary classical music for the voice. She was invited as the only voice fellow to Fifth House Ensemble’s Fresh Inc. program in 2013 as well as at the 2012 Bang on a Can Summer Music Festival at MASS MoCA. She has been a featured soloist at both SICPP (’14) and MusicX (’11). She returns to Graz, Austria in February for IMPULS 2015. Megan is also the author behind the popular classical voice blog, The Sybaritic Singer. She reviews classical music performances and writes about musical entrepreneurship during her “28 Days to Diva” series each February.