The Musicology of the Present

This seems like the perfect venue to take up a challenge laid down by composer-journalist-scholar Kyle Gann, who in 2008 tasked a generation of music historians with having “dropped the ongoing narrative of composed music.”

One night in New York City after a concert I was having a drink with my fellow composer Larry Polansky. He was talking about the musicological and restorative work he was doing on music by Johanna Beyer and Harry Partch, I spoke of my analytical writings on the music of Conlon Nancarrow and Mikel Rouse. Finally, Larry said, ‘Composers are now doing the work that musicologists used to do, while the musicologists are all off doing gender studies.’
—Kyle Gann, Rey M. Longyear Lecture, University of Kentucky, 2008 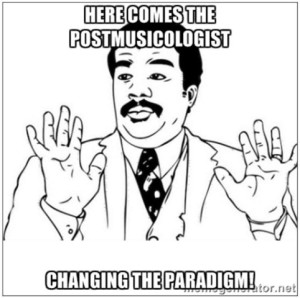 If I’m going to be a musicological guest blogger for NewMusicBox, I thought, I’d better come up with something fresh and relevant to its readership. I’ve written on the cultural significance of minimalism, music that was still new (and terra incognita for musicology) when I started researching it; I’ve also stood back at least once and lobbed spitballs into the fray over the “death of classical music,” arguing that the ubiquity of the trope means, among other things, that we inhabit a post-canonic musical world in which challenging new music might not be where you expect to find it. (Like, here, for instance.)

But this seems like the perfect venue to take up a challenge laid down by composer-journalist-scholar Kyle Gann, who in 2008 tasked a generation of music historians with having “dropped the ongoing narrative of composed music.” Failing to follow the example of the great Leonard Meyer, who composed his 1967 study Music, the Arts, and Ideas as a preliminary sketch for an art music “history of the present,” we became caught up in gender, sexuality, performance practice, popular music, post-colonial theory—anything to allow us to study the same old music in a (fashionably) new way, and delay setting out across the treacherous, shifting sands of postmodern musical historiography. The trained professionals weren’t doing what composers like Gann needed done; so this self-declared amateur had to do it himself. (And brilliantly, too, as anyone who has read his work can attest.)
This is an old complaint, and it has some merit. Musicology, at least in the U.S., has its deepest disciplinary roots in music history, and a particularly documentary, evidence-hungry form of “scientific” history at that. Almost exactly 50 years ago, the American musicologist Joseph Kerman drily noted that his colleagues were still following “the true objective path which the German scholars stamped out generations ago,” and gently suggested that perhaps the time had come to loosen up and stray a bit toward a critical engagement with the present. He tweaked a conservative field in which even the canonical composers of the 19th century were a little too fresh for serious academic work:  in the year 1964, the American Musicological Society, he noted, had “more Wagnerians than any organization west of Seventh Avenue—but no professed Wagner specialist.”

Kerman himself was no partisan of avant-garde music, but, as a critic, at least he was interested in what was going on around him; most professional musicologists were not. They were serious historians, and believed it impossible to study the present with the scientific rigor their own teachers had taught them to bring to the past. Musicologists of middling age can still remember when living composers were completely off-limits; and it is true that, even after musicology underwent its critical turn, the innate bias toward the past remained. But as the 20th century fades in the rear view mirror, a new generation of musicologists is beginning to change the conversation. Contrary to what today’s composers might think, these new musicologists are not afraid of new music, nor do they think contemporary composition is of little consequence. The AMS is presently being asked by some of its younger members to charter a study group devoted to “classical music as a contemporary practice,” alongside those already devoted to gender studies, politics, philosophy, popular music, the environment, etc.

But don’t get your hopes too far up; I’m afraid the musicology of the present might not look very much like the musicology developed in and for the past. However useful it might be for contemporary composers to be professionally historicized, musicologists who turn their attention to the present moment will not necessarily bring along with them their trusty narrative-machines, ready to process yesterday’s news into tomorrow’s historical truth. Meyer’s musical “history of the present” was, I would argue, not a way to keep on writing music history, but a way to deal, once and for all, with its End, in much the same way philosopher Arthur Danto would later deal with the “End of Art,” by which he meant not the end of art production, but of a certain kind of historical narrative about the cultural significance of art production.

For the professional historian, schooled deeply in this collapse of the master narratives of modern art, perhaps even conscious of having played some small part in their deconstruction, it is a little late in the day for composers and their advocates to demand another chapter of the old familiar story:  pre-classical, classical, mannerist; minimalist, postminimalist, maximalist; lather, rinse, repeat. The bafflement with which contemporary composers have read the final volume of the recent Oxford History of Western Music stems in part from this frustrated desire for more stories (about them); Richard Taruskin, like the equally prolix J.K. Rowling, has been adamant that the long narrative arc of his series is over, and there will be no sequels.

So what would a post-narrative musicology focused on the present actually look like? Probably not very much like traditional music history. One can’t do better here than recommend a very practical 2012 collection of essays on method, Doing Recent History. In the tartly titled lead, “Not Dead Yet,” editor Renee C. Romano notes that her own historical research on U.S. black-white intermarriage, a story which lies largely within living memory, is often not even recognized by many of her readers as “history”; she’s more usually filed under political science or sociology. She still feels like a historian, but admits that the experience of writing in the present tense has repeatedly sent her back to rebuild the intellectual foundations of the very histories she sought to extend. If a music historian chooses to work on music that is not yet part of settled history – not dead yet – she might face the same risk, but I submit that if one is eager to find a new path, this could be an historic (sorry) opportunity.

In the posts that follow, I’m going to borrow a tactic from Robert Schumann. Rather than blow my own horn, I’ll point out a couple of the new paths—new sociological and cultural frameworks within which to understand some issues in the production and consumption of new art music—implicit in the most recent work from emerging musicologists. This will be really fresh stuff that you can’t find (yet) on the scholarly equivalent of Pandora or Spotify. But first, in next week’s installment, I’ll offer a cautionary look at some of the methodological pitfalls that await when one tries to extend traditional narrative strategies of music history into the present. Can the old paths even lead us through the art-musical present, that undiscovered country where the composers, performers, and historians are, first and foremost, not dead yet? 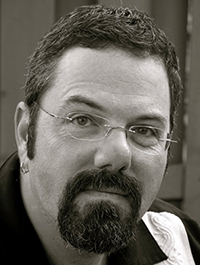 Robert Fink is a professor of musicology at UCLA and president of the U.S. Branch of the International Association for the Study of Popular Music (IASPM-US). He is the author of Repeating Ourselves: American Minimal Music as Cultural Practice, and writes on popular music, contemporary art music, opera, and politics, and “classical” music in a post-canonic era. The noted scholarly reference source Buzzfeed recently proclaimed his lecture course on the History of Electronic Dance Music the #1 “coolest” class at UCLA. (James Franco’s screenwriting class came in at #7, so that’s pretty unusual.)