One of the most fantastic elements of American contemporary music is its dynamic collaborative ecosystem.   As a percussionist and nerd, I’m fascinated with the degree to which long-term relationships between composers and performers generate compelling music and effective advocacy. Highlighting the amazing work of musical friends is a driving force of my cello/percussion duo New Morse Code, and a gigantic part of my playing, teaching, and thinking about percussion.

In these four posts, I want to explore some collaborations that have inspired me, and take a look at the role of long-term relationships and physical place in contemporary music. Fortunately, I have a fantastic point from which to observe. Since 2015, my New Morse Code partner Hannah Collins and I co-direct a unique incubator for composer/performer collaborations. Avaloch Farm Music Institute is a residency designed for performing ensembles founded by Fred Tauber and Deb Sherr in 2015. Avaloch’s New Music Initiative is a specially curated month within this season. During each week of this month, the farm is full of preexisting chamber ensembles collaborating with composers on new work. 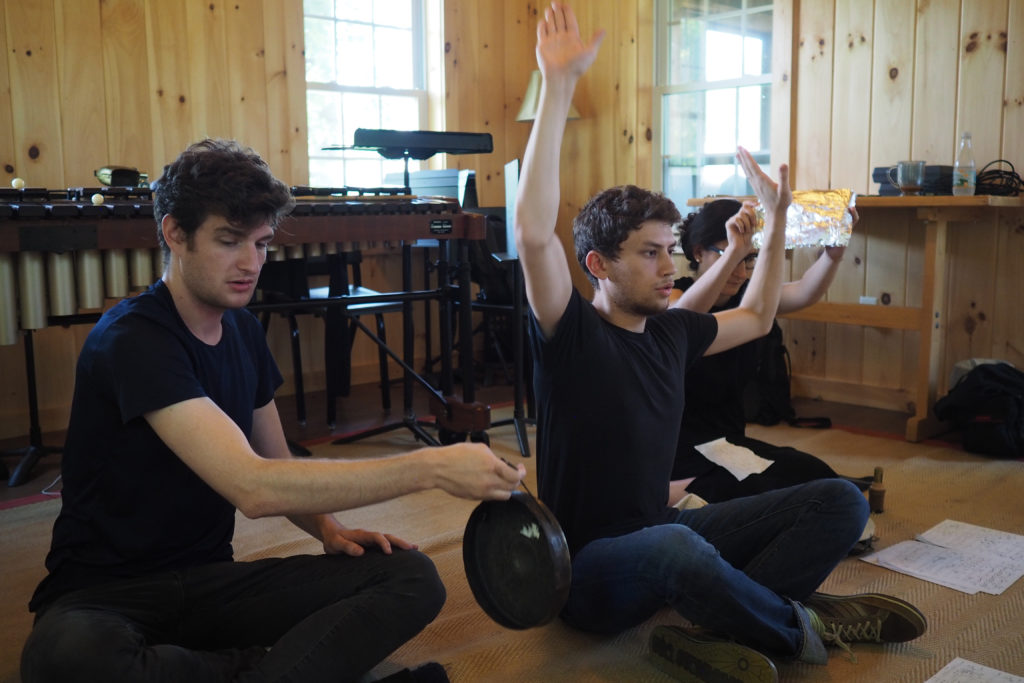 To Avaloch veteran Robert Honstein, the atmosphere at Avaloch’s New Music Initiative is somewhere between a festival, composer residency, and rehearsal. Where festivals tend to center on goals and activities, residencies on isolation, and rehearsals on focused objectives, Avaloch is an amalgamation of all three, marked by a “healthy exchange of ideas between participants,” “the gift of time and space,” and a wonderful collaborative energy. Our weekly sharing sessions are fantastic examples of this diversity and fecundity. Equal parts performance, presentation, and question and answer session, these get-togethers allow everyone on the farm the chance to share new material with a supportive community without the pressure of a formalized concert environment. I think of these events as extensions of our informal conversations and natural cross-pollination, a slightly more formal version of the lingering in doorways and pdf Airdropping we’ve been doing all week. The population of Avaloch changes each week, but ensembles who’ve been here inevitably stay in touch, play the works of composers they met while in residence, and plan concerts together.

Since the New Music Initiative began in 2015, we’ve had an amazing assortment of performers and composers from across the world, with projects ranging from burgeoning collaborations to the workshopping of grant-funded commissions. The first week of 2016’s New Music Initiative is a wonderfully representative assortment: In one night, we heard performances from Triplepoint Trio, LuSo Percussion, Arx Duo, and HereNowHear, featuring world premieres from Michael Laurello, Alyssa Weinberg, and a new work co-written by the members of Invisible Anatomy.

The diversity and dynamism of projects at Avaloch’s NMI provides both a wonderful argument for the efficacy of contemporary music in contemporary culture as well as a convenient site from which to examine and juxtapose some creative dialogues that inspire, catalyze, and drive new music. Over the course of these posts, I want to shine light on the different types of work happening at Avaloch, observing how some interesting ensembles and composers create. How can taking part in a close dialogue over the genesis of a piece lead to more sustained and flexible partnerships? How do ensembles of composer/performers break down traditional “roles” while crafting fluid, group-developed music? How can being in an idyllic natural setting, surrounded by other interesting musicians and away from one’s normal routine, impact creative work? Is it important to be friends? 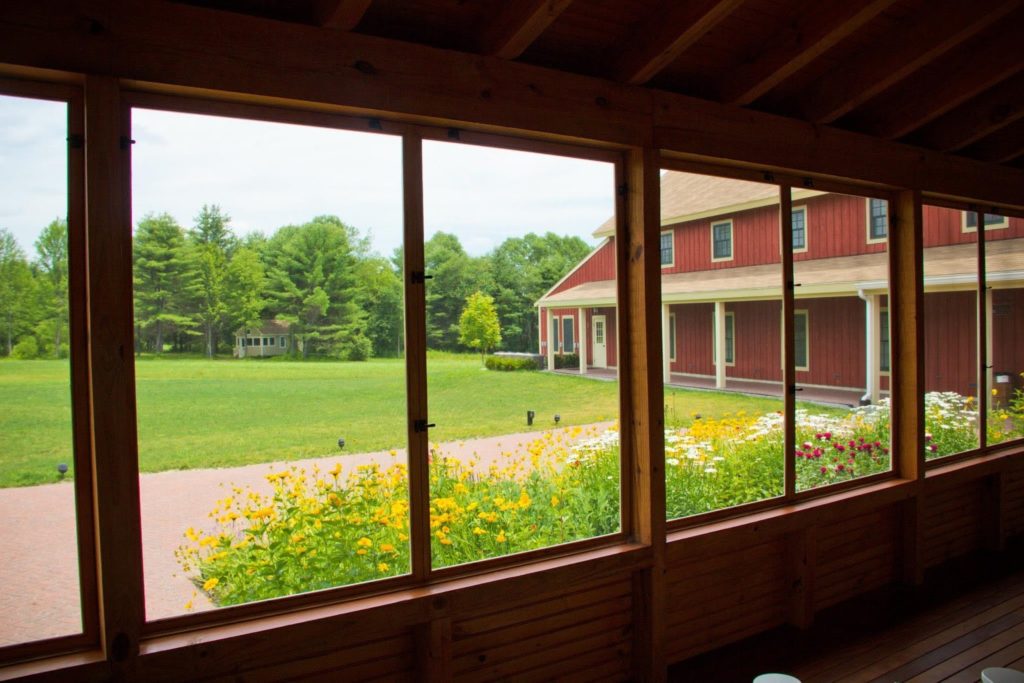 View of Avaloch from the porch, the unofficial center of social activities
Photo by Kristan Toczko

I hope that my amateur-hour ethnography is not interpreted as a shoddy attempt to create a taxonomy of creative models and draw homologies between unrelated experiences.   My goal is not to say that the types of collaborations I’ve been fortunate enough to observe and take part in at Avaloch grant me authority to make broader statements about the direction and scope of contemporary music in the US. Instead, I hope to accomplish something much more selfish: to describe some wonderful music I’ve heard and to ask questions that will drive my own future collaborations and that may (hopefully) inspire you as well.

Next time, I’ll explore how some groups at Avaloch blur the line between performer and composer, taking a closer look at one group where composers perform (Invisible Anatomy) and one where performers compose (Triplepoint Trio). Stay tuned and join in our exploits on Facebook and Instagram. 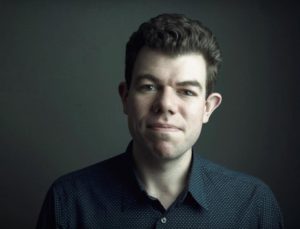 With cellist Hannah Collins as New Morse Code, Michael has created a singular and personal repertoire through long-term collaboration with some of America’s most esteemed young composers. He also champions new and recent works for solo percussion in the US and abroad.

Michael is assistant professor of percussion at the University of Kansas. He earned a DMA and MM from the Yale School of Music, and a BM from the Peabody Conservatory.