Throughout his latest CD, Romance, Buenos Aires-born and Brooklyn-based Fernando Otero ratchets up the contemporary classical music allusions that were already in evidence on his post-Tango Nuevo 2008 Nonesuch album Pagina de Buenos Aires. But on the new disc, he also explores and combines many other musical idioms ranging from jazz to musical theatre and beyond.

I’ve long been a huge fan of tango music and the various Piazzolla and post-Piazzolla extensions of what tango could be. In 2011, in search of sheet music and recordings that were nearly impossible to find in the United States, I trekked down to South America where I even wound up getting rudimentary tango lessons at Buenos Aires’s legendary Bar Sur. (I’m glad there’s no video evidence of that.)

A few years before that, I was very excited about Pagina de Buenos Aires, a 2008 Nonesuch album featuring latter day Tango Nuevo instrumental music in a variety of formats—solo piano, piano and violin duets, small chamber ensemble, even a full orchestra—showcasing pianist/composer Fernando Otero, whose name was completely new to me at that point. Because of the similarity of our names, I immediately felt a slight tinge of kinship with him, but—the coincidence of that aside—the variety of moods and textures that Otero evoked from this musical tradition is what ultimately attracted me to the disc. Sadly, since all the press materials I was sent about the CD at that time identified Otero as Argentinian, I never considered it potential fodder for NewMusicBox. However, upon receiving his latest recording, Romance, in the mail recently, I learned that Otero actually lives in far less exotic Brooklyn! And for his latest outing he has actually utilized the talents of some of NYC’s finest genre-hopping musicians, among them vocalists Dana Hanchard and Kristin Norderval, violist Lev ‘Ljova’ Zhurbin, and fellow Argentine-American Pablo Aslan, a bassist extraordinaire whose own 2004 album Avantango is a must hear for anyone interested in rhythmically based small ensemble improvised music. So I knew I had to write something about Otero’s Romance on these pages.
Throughout Romance Otero ratchets up the contemporary classical music allusions that were already in evidence on Pagina de Buenos Aires, e.g. chamber music sensibilities, a post-chromatic—and at times post-post-minimalist—approach to harmonic and form. But on the new album he also explores and combines many other musical idioms ranging from jazz to musical theatre and beyond. According to the disc’s program annotator, Miami-based music journalist Fernando González, its 11 tracks are intended to be consumed either individually or in any sequence the listener desires, a format suggested by the famous Argentinian novel Hopscotch by Julio Cortázar in which variable sequences for reading the chapters are part of the book’s design. While Hopscotch is a great read, it’s a far more demanding proposition than listening to Otero’s Romance in whatever order you ultimately choose to do so. Besides, listening to it in your own order is perhaps inevitable given the ubiquity of shuffle mode nowadays. Still, I felt compelled to listen to it, the first few times around at least, in the released sequence which, because of its variety of tempos and styles, is an ideal way to experience this music. 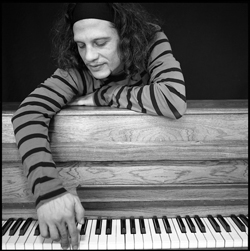 “Ojos Que Se Abren Brillantes” opens sans piano, with melodica, clarinet and strings playing a striking, almost speech-like unison melodic line that is somewhat reminiscent of the vocal melodies in the slower movements of Steve Reich’s Tehillim and The Desert Music, albeit minus those compositions’ procedural underpinnings. The piano enters approximately midway through, but its role is supportive rather than soloistic. In “Arbolitos,” the piano has a more prominent role, sharing more straight-forward sounding melodies in unison with the strings. “Manifestación” starts off as a seemingly meditative piano and violin duet but soon veers off into quirkier, more unpredictable terrain as almost Chick Corea-like solo piano flourishes keep interrupting the flow. Things start really percolating, however, in “Piringundín de Almagro.” It’s brimming with the same kinds of unstable harmonic tensions that help to give Piazzolla’s music its signature earthy, visceral drive. But Otero also shows in his approach that he has a kinship with the music of John Adams. On the other hand, the ensuing “En Contacto Permanente,” with its wordless vocals, is far more ethereal. Gonzalez likens it to Villa-Lobos’s famous Bachianas Brasilieras No. 5, a haunting composition for wordless soprano and an ensemble of eight cellos. I also hear in it echoes of Les Baxter, the one-time king of Space Age Bachelor Pad Music whose 1951 Ritual of the Savage is nevertheless one of the most stunning examples of how to effectively incorporate wordless vocals into an orchestration.


In the original album order, “En Contacto Permanente” is followed by Preludio 4, a whirlwind piano solo that showcases Otero’s formidable keyboard prowess. (The earlier Pagina de Buenos Aires album featured his Preludio 19, so there are undoubtedly enough of these preludes for an intrepid pianist to explore as a standalone project; it would be nice to hear a whole program of them.) But Romance is as much a showcase for Otero’s compositions as his playing, so on the subsequent “Luz Del Primer Dia” the piano disappears entirely and the music, scored just for clarinet and strings, is a tender, almost Copland-esque pastorale. But, of course, the clarinet can also be down and dirty and the next track, “En La Tierra Sagrada,” opens with an impassioned multiphonic skwonk from clarinetist Ivan Barenboim which is particularly unsettling after the relative serenity of the previous piece. According to González, “En La Tierra Sagrada” was created in memory of Otero’s mother, the internationally acclaimed Argentine singer and actress Elsa Marval, who died in 2010. A mournful quality remains throughout the entire composition as the solo role is constantly traded between the members of the ensemble. 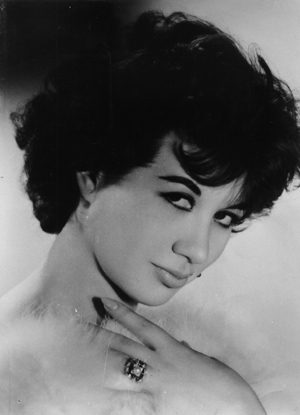 “Criatures de la Noche” is another piano solo, but this time the music, though still virtuosic, is more harmonically ambiguous and introspective. The frenetic, high octane “Cancha de Bochas” marks a return to more upbeat music. But while it seems on the surface to be another frenetic Piazzolla-esque romp, replete with the legendary Nuevo Tango progenitor’s signature extended string techniques, it contains a few surprises that are entirely its own. The violin was a constant presence in Piazzolla’s ensembles and it is herein as well, but the addition of a viola, which takes the first solo, adds a deeper, more mysterious melodic layer. The closer, “Until The Dawn,” introduces yet another new element—lyrics. It is also the sole appearance on the disc of musical theatre singer Josefina Scaglione. Scaglione is probably best known for her appearance as Maria in the 2009 Broadway revival of West Side Story and Otero has fashioned a song for her here that is very much in the tradition of the sophisticated songs of WSS creators Leonard Bernstein and Stephen Sondheim. It makes me eager to hear an entire musical by him one day.