By challenging and subverting listening conventions, the four compositions by Alvin Lucier as performed by the Australian new music ensemble Decibel on a new Pogus CD open up minds and ears to push the listener into deeper realms of sonic perception. 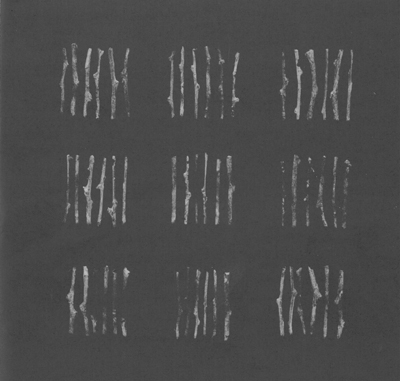 
[Ed. Note: This year, as part of the staff exchange program of the International Association of Music Information Centres, New Music USA is hosting two staff members from music centers in other countries. You may recall that Caio Higginson from the Welsh Music Information Centre, Tŷ Cerdd, was with us a month ago and during the time he was here he wrote about Navigation by the Taylor Ho Bynum’s 7-tette. This past week we hosted someone else from the United Kingdom, Kealy Cozens, who is the Digital Development and Communications Assistant for Sound and Music in London and we also asked her to write about a CD for NewMusicBox. Since Kealy has been part of the team involved with SAM’s fascinating Minute of Listening, a program that offers children aged six to ten 60 seconds of creative listening for every school day, she was immediately drawn to yet another new disc featuring works by Alvin Lucier, a composer who has long explored the relationship between acoustic phenomena and auditory perception. —FJO]

The overwhelming feeling that comes from Still and Moving Lines, a new Pogus disc featuring four compositions by Alvin Lucier performed by the Australian new music ensemble Decibel, is that it is an exercise in listening. It invites you to explore the world sonically beyond the immediate aural experiences normally presented to you. By challenging and subverting listening conventions, these pieces of music open up minds and ears to push the listener into deeper realms of sonic perception.
The first piece on the disc, Ever Present, places a flute, saxophone, and piano with a slow sweep pure wave oscillator. The two sine wave generators interact with each other across the piece while the acoustic instruments resonate perfectly in places and provide contrast in others. As the electronic sounds decay and meld into one another, the instrumental sounds momentarily overtake them and come to the fore like the crest of the wave. All the pieces on Still and Moving Lines make you more aware of the external sonic world, but Ever Present also opens you up to how you receive the pieces physically. The waves flowing from the oscillators tingle your brain while the interjecting piano stirs deep in your chest.

Carbon Copies invites the players to create recordings of the environments that they are in and imitate them. In this version, we hear domestic duties, a hotel, a commute, and a house monitor. The inspiration for this piece was the ability of animals to imitate their surroundings to survive. Listening to Carbon Copies for the first time this week was extremely timely for me. While arguably not as crucial to my survival, the ideas in this piece mirror what I’ve noticed in my recent travels. When walking down a New York street earlier in the week I heard the most amazing Brooklyn accent and immediately copied it, repeating the uttered phrase until I had the sounds just right…(ish). The flipside happened to me on the flight over from London when the air steward revelled in my pronunciation of the word “water” (however to me it sounded more like he was imitating Mary Poppins). For the players, the air steward, and myself, imitating the sounds enabled us to explore particular sounds further—breaking down the composite parts and building them back together on our own.

The third piece on the disc, Hands, features four players on one electric chamber organ. Each of the players uses hand movements on the pipes while the keyboard is used to provide a sense of harmony. Sounds from both ends of the spectrum weave in and out of one another, seemingly at odds at points but in harmony at others. At times Hands is both calming and alarming, with the harmonic points creating familiarity in juxtaposition to the otherworldly feel that is also present.

Listening to Shelter, the final track on the disc, is like turning your chair around and eavesdropping on the world outside of the concert hall. Here, Lucier subverts normal listening conventions and instead of the concert hall walls acting as barriers to keep the sounds in, they become speakers for the world outside. This version of Shelter takes place in a performance space in a music conservatorium. The rehearsing musicians, air conditioning, and electrical buzzing outside the performance space become the piece as contact microphones pick up their sounds. These are then equalized and amplified and played back in to the room. Shelter presents us with the world we almost missed; the walls become the filters for what was not heard, amplifying all those seemingly negligible sounds.

Each of the four tracks of Still and Moving Lines focuses upon a different area of aural perception, extending the way you listen. After hearing it all, it’s hard not to notice the vast sonic world around you, much like having your ears cleaned.