Jimi Hendrix’s “Woodstock Banner” is among the most iconic moments of rock history—a symbol of the art’s social and political potential. For Hendrix, “anthem” was not a noun, but a verb—a song in motion. 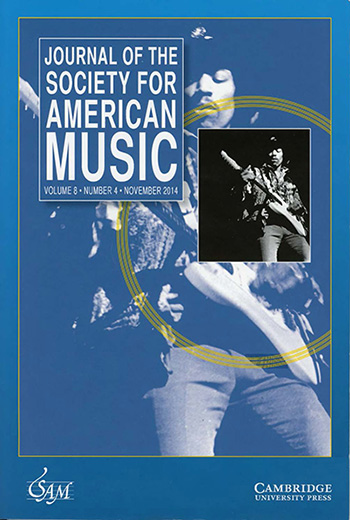 The year 2014 marked the 200th anniversary of the Star-Spangled Banner, celebrated by the projects of Star-Spangled Music, an educational initiative established by scholars, musicians, and teachers. University of Michigan professor Mark Clague led the project and has also taken a musicological approach to the national anthem in his research, investigating its history as re-imagined by Jimi Hendrix. This article was published in the November 2014 issue of the Journal of the Society for American Music, and has been generously made available to the public by Cambridge University Press. Below, Professor Clague has also provided a brief explanation of his scholarly findings.

Psychedelic guitarist, singer, songwriter, and composer Jimi Hendrix (re)-introduced himself to America at the Monterey International Pop Music Festival on June 18, 1967. Having lost a coin toss, Hendrix was forced to perform immediately after the U.K’s The Who and their ecstatic, instrument-smashing rendition of “My Generation.” Guitarist Pete Townshend brought their performance to a violent climax by swinging his “axe” against the band’s amplifier stacks while smoke bombs flashed. Drummer Keith Moon kicked his set to the stage floor, even as he continued to pound away on the toms that remained while frantic stagehands rushed to save expensive microphones from destruction.

Not to be outdone for outrageousness, Hendrix brought his own hyperbolic performance to a close by suggestively squirting lighter fluid onto his guitar and lighting it aflame. He slammed the burning instrument against the stage and finally tossed the fingerboard of the demolished guitar into the audience. Take that, Townshend! Such antics made Hendrix a media sensation, yet this celebration of the psychedelic showman is simultaneously a dismissal of his work as an artist. Jimi’s drugged-out, purple-haze persona easily overshadows Hendrix as composer or political thinker. Yet Hendrix was both of these. As an artist, Jimi found more during his 1967 sojourn to London than fame, validation, and band mates Noel Redding (bass) along with Mitch Mitchell (drums). Looking from Europe back across the Atlantic, Hendrix saw his own country anew; he saw a United States torn by racism and war in Vietnam, but also a nation in which music inspired activism. This transnational perspective galvanized a shift in Hendrix’s own artistic consciousness.

At Monterey, Hendrix’s set his guitar on fire as a blazing coda to his rendition of the English rock anthem “Wild Thing.” Today many might hear the title as descriptive of Hendrix himself, but it was fitting tribute to Jimi’s time abroad. “Wild Thing” had topped the Billboard charts in 1966 as recorded by the English band The Troggs. Yet “Wild Thing” was written by New Yorker Chip Taylor (James Voight) and first recorded by an American band—John Christopher and The Wild Ones. Thus Jimi’s cryptic preamble proclaiming the song to be “the English and American combined anthems together” signifies more than just stage banter; Hendrix was making a claim that music could comment on national identity.

Hendrix introduced no fewer than four songs—“Wild Thing,” “Purple Haze, “Voodoo Child (Slight Return),” and of course “The Star-Spangled Banner” as national anthems of one sort or another. It’s not too much to claim that during the final two years of his life, Hendrix was fixated on anthems, both musically and socially. In music, Hendrix explored his own identity, especially as an American citizen.

Hendrix’s “Woodstock Banner” is among the most iconic moments of rock history—a symbol of the art’s social and political potential. Fans consider Hendrix’s rendition history’s most profound recitation of Francis Scott Key’s anthem; others hear the “Woodstock Banner” as the most infamous. As I argue in the Journal of the Society for American Music, it is both and more. Jimi Hendrix’s played “The Star-Spangled Banner” more than sixty times and, in fact, the “Woodstock Banner” marks just the midpoint in the guitarist’s two-year fascination with Key’s song. Hendrix began playing the United States national anthem at Merriweather Post Pavilion on August 16, 1968, and this obsession ends only with the guitarist’s death in 1970, not long after five performances that July.

Rather than an ecstatic, singular improvisation, Hendrix’s “Woodstock Banner” is a pre-composed tone poem, arranged over the previous year through a series of musical explorations that range from a multi-tracked patriotic fireworks display to a six-minute dystopian tone poem as national portrait titled “This Is America.” Just one of four powerful Winterland Ballroom anthems from October 1968, “This Is America” features free improvisation, rock riffs, squealing cries, and violent feedback-strewn pictorialisms of the words “bombs bursting in air”—today better known from the Woodstock version.

At other anthem performances Hendrix incorporated quotations from popular TV shows such as Bonanza, The Mickey Mouse Club, and the Gillette Cavalcade of Sports. The Civil War eulogy “Taps” had further become a main ingredient of Hendrix’s musical commentary. In fact, Hendrix’s interest in the anthem melody seems to begin as framing for this bugle call that honors the fallen. With war in Vietnam and battles for civil rights at home, there were all too many heroes that Hendrix might have intended to memorialize, from Martin Luther King to his former comrades then fighting in Vietnam as members of the Army’s 101st Airborne.

Hendrix saw the Woodstock Festival as a hopeful demonstration of the political potential not only of music, but of America’s youth (that is, his fans). At Woodstock, Hendrix’s anthem was the first of a series of encores that thanked his fans for their attention and applause, certainly, but also for their spirit of community—a revolution that could change the nation and the world.

In its strains of protest, the “Woodstock Banner” stares unflinchingly at violence and discrimination—things that must be changed to realize Key’s lyrical vision of a “land of the free.” In its patriotic sentiment, however, the “Woodstock Banner” offers Hendrix’s own vision of a nation made manifest though psychedelic fellowship. The “Hendrix Banner” is thus less a thing in itself than a musical process of community formation through social commentary. For Hendrix, “anthem” was not a noun, but a verb—a song in motion. 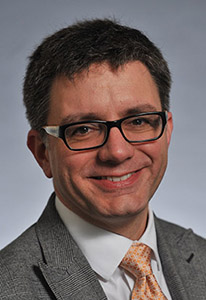 Mark Clague is an associate professor of Musicology, Afro-American and African Studies, and American Culture at the University of Michigan. His article “ ‘This Is America’: Jimi Hendrix’s Star Spangled Journey as Psychedelic Citizenship appears in the Journal of the Society for American Music (fall 2014) Volume 8, Number 4, pp. 435–78.

He is the producer of the recent recording project Poets & Patriots: A Tuneful History of “The Star-Spangled Banner” and editor of an anthem history website and its associated YouTube channel.