At Tufts University’s Granoff Center last Monday, a concert by NotaRiotous, the performing ensemble of the Boston Microtonal Society, showed that there was music that happened to use microtones, and then there was microtonal music. 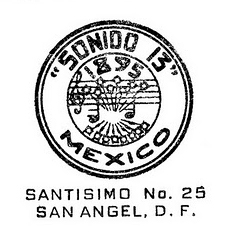 There are actors and actresses who have achieved a combination of fame and versatility such that you can separate their filmographies into movies they happen to have been in and movies that, without them, would not exist. So The Dirty Dozen has Charles Bronson in it, say; but Death Wishis a Charles Bronson movie. At Tufts University’s Granoff Center last Monday, a concert by NotaRiotous, the performing ensemble of the Boston Microtonal Society, showed a similar partition. There was music that happened to use microtones, and then there was microtonal music.

And, what’s more, that distinction, along the way, frustrated at least a couple of assumptions left over from the arrow-of-progress model of music history. One might have expected newer music and younger composers to make the microtonal language a more integral part of the rhetoric, but, in many ways, the opposite was the case. And the classical equating of quality with organic theoretical coherence was sidestepped as well; the caliber of the music, the level of risk and reward, had little to do with whether the microtones seemed to decorate the surface or well up from deep in the music’s DNA.

The Boston Microtonal Society has, of late, been fashioning a future for itself. Founded in 1988, the BMS long bore the stamp of its co-founder, the late Joe Maneri, composer, jazz performer, all-around musical frontiersman; even as Maneri relaxed into emeritus status some years before his 2009 passing, the Society was still a Joe Maneri movie, as it were. Artistic Directors Julia Werntz and James Bergin have expanded the group’s portfolio. With the debut of NotaRiotous in 2006—a chamber group of flexible size, drawn from expert performers familiar from many of the city’s other new music groups—BMS became as much a presenting organization as a composers’ collective; and a resulting shift in programming has made it as much a repository of historical microtonal repertoire as a spur to novelty.

This concert was the culmination of a NotaRiotous residency at Tufts, and featured a pair of premieres by graduate composers. William Kenlon’s Kuntanèré supplemented a string quartet (violinists Gabriela Diaz and Diamanda Dramm, violist Anne Black, and cellist David Russell) with Amy Advocat’s bass clarinet to pointed, groovy effect. (All the pieces on the program worked with permutations of these five performers, and all the permutations were superbly represented, performances both technically precise and energetically lucid.) Kuntanèré was a riff-based accretion of a piece, the higher strings building up collections of short phrases while Advocat and Russell punctuated with a rumble of low syncopation; the riffs then assembled into a scaffold for a slow bass clarinet solo. The microtonal content pungently inflected music more dependent on rhythm and contour, efficiently fueling the motivic repetitions: that chunky catchphrase from Advocat and Russell never got old, its harmonic outline remaining just out of earshot.

Michael Laurello’s trio The Disincorporation of Four Towns, another premiere, was sparse where Kuntanèré was spiky, motives regarded side-by-side rather than goading each other on. (Advocat, on regular clarinet, was joined by Black and Russell; the title refers to the creation of the Quabbin Reservoir, one of the more evocative pieces of Massachusetts lore.) Again, the microtones pushed beyond equal-tempered expectations, though in this case they nudged hollow-sounding perfect intervals further out of their customary focus, rather than sharpening their edge. Werntz’s Five Vignettes from the Garden by the Sea, a duo for Diaz and Russell, intensified sparseness into full high-contrast, stark expressionism, a kind of reboot of post-Webern dramatic style, but with the characteristic sharp-relief cells expanding and contracting in more subtle gradations.

If the newer works on the program emphasized the expressive possibility of microtonal accents, the older works seemed to revel in the sheer exoticism of the sonorities. Ben Johnston’s 1982 Trio (Advocat, Diaz, and Russell) worked both surface and structure, a sound world combining Harry Partch’s highway dithyrambs and Harold Shapero’s neoclassical industry, the music’s vernacular echoes burned and dodged into disorienting highlights and rustic shadows. Alois Hába’s 1963 String Quartet XIV also straddled the line, much of it sounding like unusually spicy Bartók, intervals more major than major and more minor than minor. But a recurring, woozy bit of rising viola-cello counterpoint, linking multiple movements, pushed past twelve-note analogues, as did Hába’s penchant for coming up with harmonic progressions that didn’t quite circle back to their origin the way they would in equal temperament, the dominant-tonic loop turned into a Moebius strip.

Ezra Sims’s 1987 clarinet-and-strings Quintet, which closed the concert, started off with that venerable gambit, a gradual accumulation of volume, momentum, and complexity, a precisely notated cousin of the ending of “A Day in the Life.” But the second movement (“Placid and Meditative”) suddenly plunged the ears into new territory, chorale-like successions of microtonal harmonies (drawn from Sims’s intricate, ingenious 72-note division of the octave) both completely unfamiliar and completely convincing. Quintet luxuriates in its harmony, and the luxury is all the more compelling for its total-immersion fluency, heady lungfuls of the air of another planet.

It was, fittingly, the oldest piece on the program that came up with the most old-fashioned charm. Julián Carrillo’s 1927 Dos Bosquejos, for string quartet, fit the milieu of their character-piece titles—“Meditación” and “En secreto”—while almost didactically working through the implications of their quarter-tone vocabularies. The creation story of Carrillo’s “Sonido 13″ (“Thirteenth Sound”) theory involved the composer dividing a violin string into sixteenth-tones with a razor blade; the Bosquejos shave Romanticism smooth. A Chopin-like progression, voice leading descending by quarter-steps, lent its melting slide to both pieces; again and again, quarter-tone sighs gave the lines a kind of hyper-refined wistfulness.

It encompassed the concert’s continuum: drenched in microtonality from the ground up, but also devoted to its capacity for amplifying conventional expressivity. Carrillo’s microtones were, in fact, downright suave. Divide the half-step, and it can be rather like raising one eyebrow instead of two.