Gelsey Bell: Get a Little Closer

With a background that spans music theater, woman-at-the-piano club shows, and the presentation of experimental work, Gelsey Bell finds herself most at home in spaces of creative risk and vulnerability.

There is a captivating mix of singer-songwriter intimacy, fourth wall-crushing theatricality, and curious experimental exploration in the work of composer, singer, and multi-instrumentalist Gelsey Bell.

Performances of her 2011 song cycle SCALING, for example, have her crawling over and around the piano to play from positions that would likely make Tori Amos’s head spin. For “Cradle,” an intimate meditation for voice and metallophone from her 2013 cycle Our Defensive Measurements, she spends some time coaxing the audience to within arm’s reach before she begins to sing. 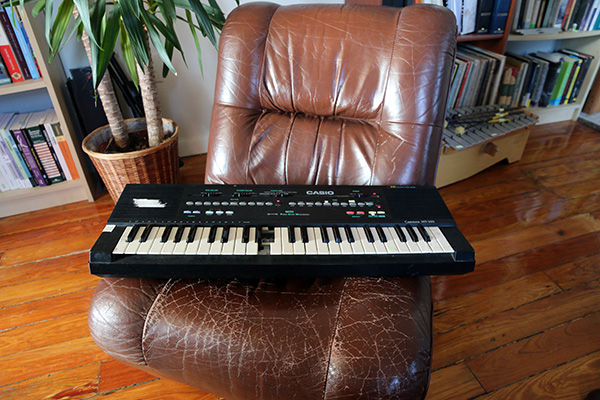 Bell’s Casio keyboard (down a few keys) has seen her through the creation of a lot of music.

With a background that spans music theater, woman-at-the-piano club shows, and the presentation of experimental work—both of her own design and of composers such as Robert Ashley—the cross-pollination of influences is perhaps to be expected. But the breakdown of walls—both between genres and between performer and audience—remains a tightrope to walk.

It’s also a place of risk and vulnerability that Bell welcomes. “I love an aesthetic of mistakes. I want things to get a little messy. I’m not interested in the sounds of perfection.”

“And I guess getting the audience involved is a great way to do that!” she concedes, laughing. 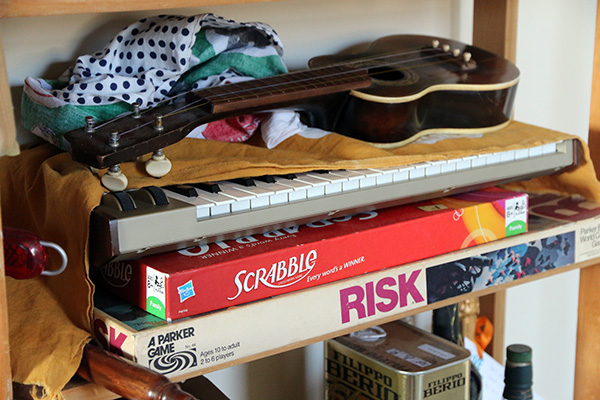 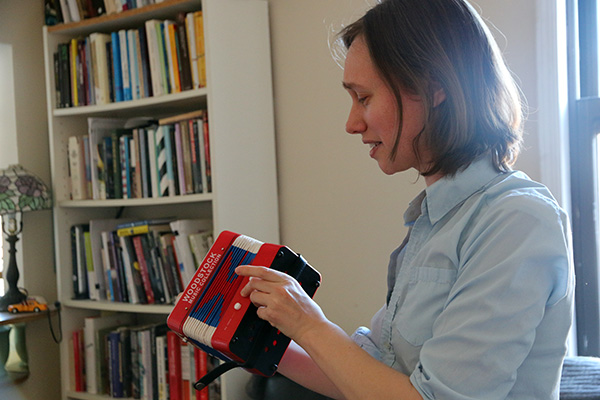 Even when she isn’t inviting the audience into, say, the bathroom with her for a little acoustic exploration, her preferred ways of working leave her open to the artistic ideas of collaborators both in creation and interpretation, especially through her regular work with collectives such as thingNY and Varispeed. Experimental music has allowed her to take “very seriously the idea of making work with your friends”—collaborations she finds to be fun and efficient because everyone brings a deeper level of appreciation and understanding to the table.

Further explaining her interest in such work and the opportunities it brings, Bell says, “I have full control over my performance and my body, and I’m not interested in having full control over any other performer’s body. I work with a lot of people who are composers in their own right and they have their own musical intelligences, and so I’m much more interested in creating a musical situation where we can all embody that.” 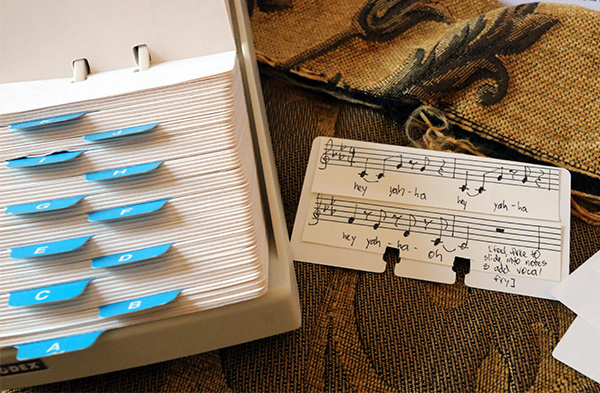 Bell’s score designed for delivery via Rolodex currently in development. 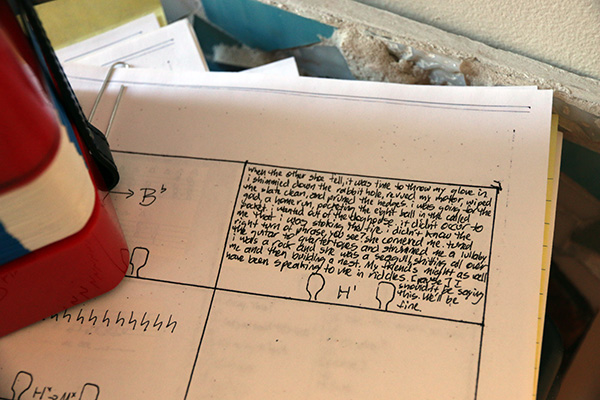 This openness to exploring ideas is one of the things Bell finds attractive about both the experimental music scene and academic environments—two places where she finds she can be playful and curious in different yet complimentary ways.

She earned her Ph.D. in performance studies from New York University in January 2015 and is currently at work on a host of new pieces for upcoming performances this spring. On reflection, Bell says she feels somewhat like she’s at the cusp of more fully blending her various pots of experience—pockets that she previously kept somewhat isolated from one another.

I feel like I’m at this place of total exploration and I’m just having faith that I’m going to come out with something. I feel like I’m really in that mode where you’re just like, okay, I’m an artist. I have to let myself fail. I have to try a million things. I have to hate stuff, I have to love stuff, and I have to trust that if I put something on that’s really horrible it won’t be that no one wants to see anything that I do ever again. And just have faith that this kind of dream of some sort of sound that I have in my head that doesn’t have these intense boundaries can happen.