In this article, I want to expand quality into agency—a thing can only advocate for itself if it can speak. Quality means empowerment–and it requires care. 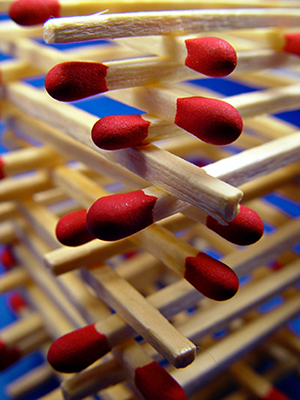 I will devote my entire final post here at NewMusicBox to quality. I’ve defined this word several ways. In my first article, I called it “an urgency and an intensity, a compositional concern and a social language to address it.” In the next post, urgency turned into need. I wrote about how need comes from within, not from outside pressure—a necessary thing can supply its own reasons for being. Artworks of necessity thrive in non-coercive social situations. In my second and third articles, I spelled out ways in which the neoliberal culture of coercive production changed new music. By defining quality against neoliberal labor conditions, I gave the word a social dimension. I cannot separate quality judgment from social critique. In this article, I want to expand quality into agency—a thing can only advocate for itself if it can speak.

I’ve spoken to many people who have different words for quality. Of course, I encountered quite a few people who considered displays of technique with form, pitch, or other musical parameters as indicators of quality. This type of quality judgment, though, gauges the education of a composer along some pre-written path. If I judge quality simply by technique, I tend to leave the weird, strange, or novel works by the wayside. A friend of mine said that quality music gives him the “ability to sense that the music isn’t an exercise.” He meant something more complicated than a technical evaluation—some pieces allow him to believe that the music exists for non-technical reasons. Many people I’ve talked to about this project name quality “seriousness” or “depth”—I repurpose these ideas for myself as “heaviness” or “gravity.” Some equate quality with arthood. Arthood, in this case, transcends music, it exceeds it—“that’s not just music, that’s a work of art.” Some people associated quality with a sense of disembodiment, with the feeling of being part of (or under the control of) something bigger than one’s body.

I associate quality with “heaviness.” I wish my music could somehow contain only barometric pressure, perhaps even less. I want to feel my music first in the heaviness of the air. I can’t measure this heaviness, but I can feel it. Quality music makes the air heavy. When I feel this weight, I don’t associate it with a physical quantity. Instead, I find myself face to face with some enormous thing, some collective project that exceeds my relationship to it. It’s huge—I sense its gravity.

Truly, music is “bigger” than the people who make it; it contains more mass. Pieces of music belong to storms of material—possibilities, concepts, notes, institutions, people, chairs, bodies, bows, strings, noises. I like to think that I act upon this material inasmuch as this material acts upon me. Bruno Latour’s Actor-Network Theory or Jane Bennett’s Vibrant Matter both describe similar whirlwinds of capable objects, in which people (and our own internal assemblages of objects) participate. If I trick my brain a little, I can convince myself that out of music’s “big-ness,” parts of it—parts that aren’t even human—can act. I feel the heaviness of the air when giant globs of matter accrete, squish together, and move things with their gravity.

If the gravity metaphor feels unsatisfying, the “gaze” might be a nice alternative. If I listen to music and sense that a chaotic pile of nonhuman things somehow acts in concert, I have a very strange reaction. The subject-object relationship switches, I become an object to a process. Jacques Lacan calls this sensation “the gaze.” Instead of the heaviness of gravity, I feel the weight of something’s imposing stare.

Both gravity and gaze depend on the transition between a pile of stuff and a thing. Like many others before me, I call this process “emergence.” I like Elizabeth Barnes’s definition of emergence in her essay “Emergence and Fundamentality.” Paraphrasing, her emergent thing has two qualities. An emergent thing is “dependent”—music relies on an enormous quantity of parts and exists as long as these parts persist. An emergent thing is also “fundamental”—some music adds up to more than the sum of its parts. One can’t take music and break it down into a determining set of pieces.

To my ears, quality music emerges out of its context and becomes its own thing. It acquires some strange autonomy from its circumstances. I attribute quality to the sense of this transformation, to music’s tearing of its own constitutive fabric. I associate quality with the gravity consolidating musical goo into identity, or the pressure of being stared at (or through) by a piece of music. Take Beethoven’s Fifth Symphony, for example—this thing exists almost in another dimension. It’s beyond music, beyond even being a cultural artifact. Timothy Morton might call it a “hyperobject”—a thing so huge that it exceeds our ability to really think about it. However, I’ve definitely experienced it, or at least a fragment or a flash of it during a committed performance.
Now, I don’t put forward this wacky ontology just because it allows me to judge things. Thinking this way raises some serious implications for the practice of music. First, it breaks the causal stream from composer to performer to music. Instead of composing or playing or listening to music, I participate in its preconditions. If musicians think of music as its own thing, like a ghost waiting for summoning, they change their orientation towards it. Sure, the composer and performer and listener roles can still exist, but they also drift towards each other—they require each other more. Everyone becomes a different type of listener equipped with different instruments of hearing. They can fail together. I don’t feel the heaviness of the air often. Many times, I don’t sense that a piece includes almost anything. If this is the case, then there must exist some conditions that prohibit music’s emergence.

Composers can create hostile work environments for music. Instead of writing music badly, composers can facilitate bad situations. For example, a composer may write a work riddled with notational mistakes or ambiguities. Such problems don’t destroy the music, they just make a performance situation harder or an informed audience member cynical. Deeper problems could include a lack of structural consideration, an overdisplay of musical rhetoric, whatever—they exist as problems only insofar as they stifle a performer’s comprehension or an audience member’s belief. Performers, in turn, can make a well-written piece into a bad piece. (They can also beat the odds and enable a poorly written piece to come into itself). Hierarchies dissolve into a statistical wash. One never ruins music on one’s own, but one can make things difficult. Quality means something entirely relational—everyone, at every stage, is implicated.

Larger, slow-moving institutional organisms affect this process as well. As I discussed at length in weeks two and three, new music’s infrastructure makes quality harder—it encourages the overproduction of works and performances. Neoliberal institutions require fungible commodities; music must assume an inert state. Music built to serve an economic end rarely prioritizes its own immanent needs. Performances that reify scores (build products) make simulacra. These performances signify themselves—they are empty, they do not add anything. Consequently, there is less stuff, fewer resources from which a music-thing might build itself. Institutions, compositions, and performances aren’t just filters, though—an outstanding and sensitive performance might introduce new stuff, dimension-crossing stuff, stuff in service to a collective project. A quality composition, in my eyes, unleashes a concentrated stream of stuff, where squashed molecules bash against their limits and into one another. An empowering institutional framework gives people time to make stuff together, to curate intentional stuff, to make their stuff public. A quality listener witnesses and testifies to the remaining stuff of music, the stuff that exceeds composers and performers. These forces spill against and over each other. There is no good or bad, only different types and degrees of empowerment and agency along a long and complex stream of actors.

Quality means empowerment. One doesn’t need to buy my musical ontology to believe that a piece of music is bigger than one’s own actions. Even the most hermetic composers (and I’m certainly among this crowd) have to own up to the fact that their music exceeds the capabilities of their solitary hands. By admitting this one, simple reality, composers and performers and institutions and listeners might realize that the entire community needs to find ways to empower its members. The community should start with music itself and move outwards. If the new music community recognizes the agency of music, its ability to affect people, places, and things, then it might account for just how much has been lost. Music is charged matter. It requires care.

I’d like to thank the dozens of people I interacted with over the course of this project. I won’t mention any of you by name (though I wouldn’t mind doing so!), but please know that the collectivity of our efforts over the past few weeks literally provided me with the meaning of quality.