When I set out to program the final concert of our 2016-17 Festival of American Music, little did I know it would have so many incarnations! I’m partly to blame for what we internally call the “ever-changing program.” Originally the featured piece on the second half of the program was going to be a new work inspired by Muhammad Ali that I was writing, but it turned into an opera. So instead of a 15-minute work it became a 70-minute rap opera, The Greatest: Muhammad Ali. This shouldn’t have surprised me because taking on a subject like Muhammad Ali is not like turning a novel into an opera where the story is contained in the pages. Ali’s life was so much bigger than any one story about him. I thought I knew enough about Ali’s background that the composition would flow easily. But early on, I realized that I needed to learn more. Ali was so much more than a boxer, so much more than even just himself; he is a symbol and has a story that leads to broader implications and subjects.

I realized there would be no notes, not even themes, nothing—no music would get written until I learned about this subject. I hit the books in a way I haven’t done since college and basically turned on my old research brain. The first book I read was King of the World by David Remnick. That was the gateway book, because it is great writing and Remnick puts boxing into context so that it’s not just describing fights but also who the fighters were. It’s not just Ali’s fight with Sonny Liston; it’s the whole history of Sonny Liston, because you can’t understand the fight between Ali and Liston, or Liston and Floyd Patterson, unless you know who those people were and how they were portrayed in the media.

Then I realized that I needed to learn about the context of the time period including black history and culture as well as the Vietnam War. I read works by Amiri Baraka, Langston Hughes, Maya Angelou, and anybody I could find that would help me put things into the larger context of black history and culture that related to Ali. Finally I decided I’d never know enough, but now I knew what I need to know, and I needed to start writing this script. That was definitely challenging because I’m not a script writer, I don’t write librettos, I don’t do that; I write lyrics for my songs. So for the first time I was writing a libretto for a dramatic work that I knew was going to be an opera-like piece; a rap opera (and sung opera, too). Ultimately to do this now 70-minute opera right, we need to do it in its own performance with a full production. So that meant changing the program. 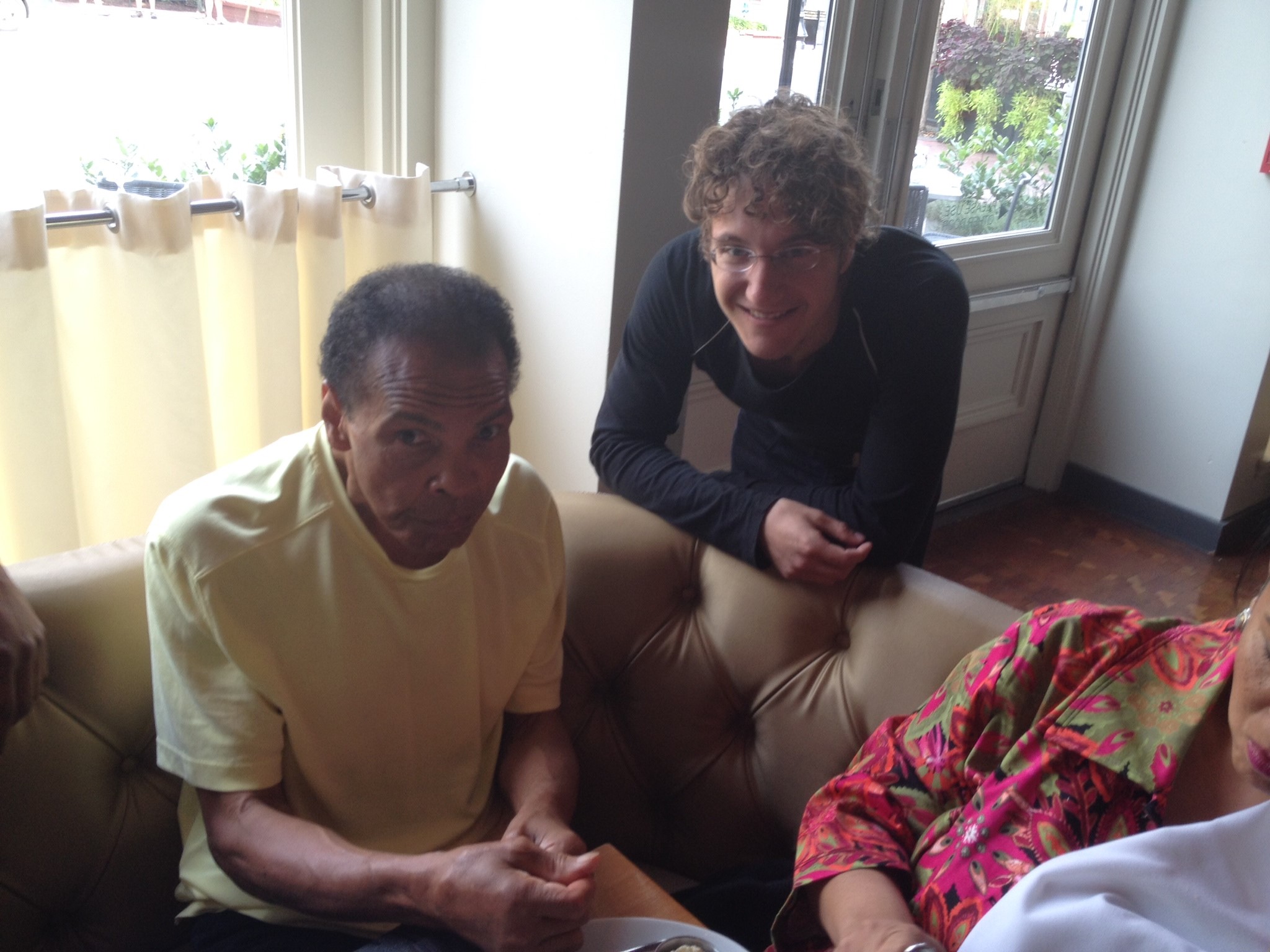 Now the final concert is a celebration of American musical possibilities—presenting composers from the past, showcasing the Louisville Orchestra’s involvement in the creation of new music, and supporting contemporary composers of today. So in addition to selections from The Greatest; Muhammad Ali, we have pieces from Samuel Barber, Sarah Kirkland Snider, Herbie Hancock, and Lou Harrison. And our guest artist is an amazing singer who focuses on American music and contemporary music, Susan Narucki. She is singing selections from Penelope by Sarah Kirkland Snider, who is an absolutely brilliant composer. I’ve been dying to do some of Sarah’s music and this is the first time I’ll actually have a chance to present it. She’s definitely a composer to watch!

Shifting gears, Herbie Hancock is an example of an American master musician/composer and likely one you will rarely find on an orchestra concert because he writes jazz charts. We did a trial run at recent education concerts where the orchestra played the chart for Cantaloupe Island. We didn’t arrange or orchestrate it; we just gave them the chart that Herbie would have played (a bunch of chords and a melody). We came up with a version of it as a smaller group, so that’s what we’re going to present for this concert. (This is not something you want to try out first in a full orchestral context if you haven’t had time to work it out.) Not only did that earlier audience love it, but it gave our musicians a chance to shine and improvise; last time we did it, we had two horn players get up and improvise a duo. This is not something I believe you’re going to see in any other orchestra. In the second half of the program, we’ll play three movements of Lou Harrison’s Suite for Symphonic Strings followed by selections from The Greatest: Muhammad Ali.

Our Festival of American Music is a serious commitment to the music and the composers of our time, the legacy of the Louisville Orchestra, and the broader legacy of American music. We are celebrating and featuring composers alive today, and we’re broadening the definition of American music that can be played by an orchestra. I hope that our audiences who are passionate about music, of any kind, are going to find something in the festival that resonates with them.  As I built these programs, I learned and heard things that I never even dreamed were possible in music and that’s inspiring for me. I can’t wait to share that with everyone!