Claire Chase and the Winner-Take-All Economy

We are subsuming a mindset that places little value in our work and then wondering why no one cares about what we do. If a touch of entrepreneurship is how we survive our present situation, so be it. But I do not believe entrepreneurship holds great promise for our future. 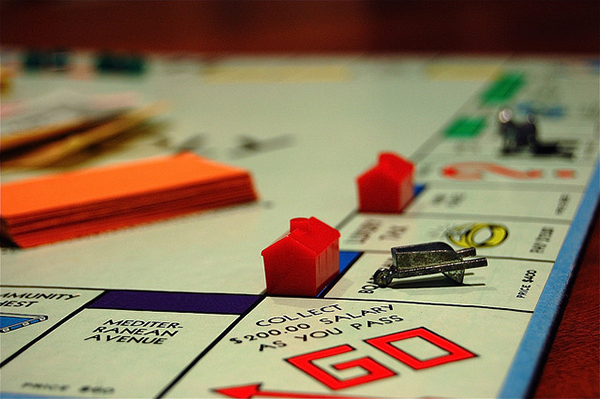 In June of 2013, Claire Chase delivered a convocation address to graduates of the Bienen School of Music at Northwestern University. In this speech, she eloquently laid out her case for the exciting possibilities of, as well as the need for, entrepreneurship in music. As she said, “Whether we like it or not, the calling of our generation is not to occupy positions created for us. Our calling is to create positions for ourselves and for one another…. In a word, our calling is to be entrepreneurs.” Anthony Tommasini wrote about the address for the New York Times. “In that convocation speech, which caused a stir on the Internet, and through her work, Ms. Chase, 35, has been making the most positive case I have heard for the new entrepreneurship.” It was also this speech that was the primary impetus for me to write these four essays.

Before diving into her speech a bit, let me first say that I do not begrudge Claire Chase any of her success. She is a phenomenal musician and an astute businesswoman; the more I’ve read about her and learned about the International Contemporary Ensemble, the more impressed I’ve become. I have an enormous amount of respect for Chase. I just don’t share her perspective.
In her convocation address, Chase outlines several points on arts entrepreneurship. If you’ll forgive a long quote:

The capacity that we have today in this room, with the number of people calling themselves composers and musicians in the year 2013, with the technology that can potentially connect us…the capacity that we have to produce our own and one another’s work is staggering. The traditional classical music and arts management structures have dissolved. The traditional record label structures have crumbled. You now don’t need a producer to make a record. You don’t need a promoter to find fans. You don’t need a presenter to present your work. So what happens when the line between the artist and the producer has disappeared altogether? When the artist needs no outside entity to legitimize or stamp approval on her work, but when she can simply give it to the world based on her own impulses. What happens to the work that we will produce? What will it sound like? What will it look like? What of it will withstand the test of time? Well, this is our era. This is your stage. And anything is possible.

The Hope of the Long Tail

It is in this that we again see the hopeful promises of technology. When you can make music much more cheaply than in the past, when you can distribute it around the world for free, then we can all find a fan base to support our art. This thinking represents the “long tail” theory of economics.

In general, this means that relatively few artists and organizations dominate the market while a large number of others jockey over a small percentage of market share. The good news is that because the cost of production and distribution has gotten so low, it is possible for a greater number of goods to become economically viable. Moreover, because technology also allows for considerable connectivity, niche products/producers are able to find niche audiences, and both sides win.

This does happen sometimes, with one example being Erstwhile Records. I’d actually be surprised if many regular NewMusicBox readers were familiar with this imprint. Yet this label, which focuses heavily on electroacoustic improvisation, has been around since 1999 and has released nearly 100 albums. They have managed to build a devoted following to sustain their limited operation despite not being widely known outside a specific audience.

Unfortunately, such stories are not usually the case. Instead, the promises of the long tail are not often met, and if anything, the long tail is only getting shorter and more crowded.[1] Robert H. Frank, professor of economics at Cornell, speculates as to why that may be the case. “One possibility is that today’s tighter schedules have made people more reluctant to sift through the growing avalanche of options confronting them. Many consumers sidestep this unpleasantness by focusing on only the most popular entries.”[2]

He goes on to write that our connectedness enhances our perception of popularity. Alan B. Krueger, professor of economics at Princeton and chairman of the White House Council of Economic Advisers, discusses the popularity problem in the context of the music industry. He cites an interesting experiment in which a control group is given true information about the popularity of certain songs and an experimental group has that data reversed.

I would hope, and I think audience demographics bear this out, that those interested in new music or classical music in general tend to be more educated on the subject, but I do not think our community is immune to such psychological effects. When artists become more popular, whether organically or through some notable press, we tend to view them as better even without having heard a note of their music. And when a listener has a nearly unlimited amount of music at his or her fingertips, it takes a real effort to look beyond those at the top.

An alternative to the long tail theory is the winner-take-all model. While both perspectives acknowledge that the market is dominated by a few, the winner-take-all model suggests that things will only get worse for those on the other end of the graph.
Scalability is an important concept in this line of thinking. Consider the touring career of Paganini. Despite his enormous popularity in Europe, he could only perform for a limited number of people, especially given the speed of travel. But with the rise of recorded music, an artist’s potential reach grew exponentially, allowing those at the top to dominate a much larger share of the overall market.

But surely this applies to only recording revenue and the like, yes? Live performances are not nearly as scalable as digital media. Yet when competing to get the attention of presenters, an artist still has to face the dominance of bigger names in the market. When looking for grants to fund entrepreneurial endeavors, new organizations are competing against that same name recognition, and while kickstarting projects has become an increasingly viable option, you still have to convince your donors that your project is just as worthy as the three other big-name projects they’ve helped with in the last few months.
Sam Reising, in a thorough and well-written article for I CARE IF YOU LISTEN Magazine, takes issue with the winner-take-all model. He writes, “Proponents of this theory forget that there is an active aspect in forging a career in the arts. They seem to believe that if you are a great composer or performer, people will come flocking to you with commissions and performance opportunities…. There must be an entrepreneurial middle step.”[4]

I agree, at least in part. I don’t believe that the cream will inevitably rise to the top given current market situations, and obviously there was a point in time when virtually no one knew who Claire Chase was. My contention is that even if the step between becoming good and becoming known is somewhat based on entrepreneurship, we must recognize that the same tools that allowed Chase to succeed are making it increasingly difficult for others.[5]

And it isn’t just entrepreneurship that fills in that middle step.

The internet is not nearly as democratic as we tend to believe it is. While almost anyone in the world can see what you produce, that doesn’t mean that anyone actually will.
Duncan Watts, a mathematical sociologist and principal researcher at Microsoft Research summarizes the problem:

Claire Chase is incorrect when she says that “the artist needs no outside entity to legitimize or stamp approval on her work.” True, an artist needs no permission to produce her own work, but to disseminate that work today absolutely requires help from cultural gatekeepers. A New York Times review is no longer a prerequisite for notability (even if those who can still put quotes from The Grey Lady in the first paragraph of their bio), but there are still important bloggers, reviewers, and even Twitter users who can greatly raise the profile of an artist. Grassroots viral growth, while it exists, is exceedingly rare.

Arts management and music label structures have indeed undergone a seismic shift in the last decade, but their replacements are not necessarily better or more egalitarian. Without the support of the new cultural gatekeepers, to say nothing of the still powerful old-media giants, it remains exceedingly difficult to separate oneself from the background noise.

“Popular perception has not caught up with the emerging research,” writes John Wihbey, managing editor of Journalist’s Resource, based at Harvard’s Shorenstein Center. “We often judge the Internet based on the relatively few stories of success—where democratization seems to operate—rather than the millions of failures. Viral is the exception, big broadcasts—and lonely voices whistling in the digital hurricane—are the norm.”[7]

I think that Claire Chase has in some ways been blinded by her own success, and the rest of us along with her. It is natural to see the success of entrepreneurial organizations such as the International Contemporary Ensemble and declare them the new path forward. But we know little of the myriad failures that have come in its wake.

Still, we cannot easily erase the realities of our situation. There is a narrow path to success in this model, and even perhaps some room for the long tail, but the more we speak of entrepreneurship as our great hope or even our calling, the more we reinforce a system that benefits only a few. We are subsuming a mindset that places little value in our work and then wondering why no one cares about what we do.

3. “Land of Hope and Dreams: Rock and Roll, Economics and Rebuilding the Middle Class.” Remarks prepared for delivery on June 12, 2013.

4. “The Failure of Music Education,” Issue 8, August/September 2014. I regret that I did not have time to read this before my previous post was due. He goes into considerably more detail about the entrepreneurship programs that universities offer than I did and argues strongly for greater adoption of such programs. Also, in the interest of full disclosure, I am a contributing editor for I CARE IF YOU LISTEN, and Reising is on staff at New Music USA.

5. There are other avenues of revenue that help insulate classical musicians from the winner-take-all economy. Private teaching, for example, is not scalable. Even when the possibility of Skype lessons is factored in, one teacher still has a limited number of hours for teaching.

6. John Wihbey, “Rethinking Viral: Why the Digital World is Not as Democratic as We Think.” Pacific Standard, June 9, 2014.