Hutcherson had his own distinct tone and sound on the vibes, very different from the prominent mallet players of the day, but as a composer and musical philosopher he was also one of the most important conceptualizers of music in the last half of the 20th century.

[Ed. note: Los Angeles-born composer and vibraphonist Robert “Bobby” Hutcherson passed away from emphysema in his home in Montara, California, on August 15, 2016. He recorded a total of 43 albums as a leader, 23 of which were released on Blue Note Records, and appeared as a sideman on more than 100 others, among them many of the seminal 1960s Blue Note LPs, including Out to Lunch (1964), Eric Dolphy’s landmark final recording as a leader in the United States, Joe Henderson’s Mode for Joe (1966), Grant Green’s Idle Moments (1963), Grachan Moncur III’s Evolution (1963), and three albums by Jackie McLean. His own albums ranged from numerous sessions for small combos to a live Hollywood Bowl performance featuring the Los Angeles Philharmonic. One of his most unusual recordings was a 1982 Contemporary album, Solo/Quartet, which juxtaposed a quartet session—featuring pianist McCoy Tyner, bassist Herbie Lewis, and drummer Billy Higgins—with a series of multi-tracked original compositions in which Hutcherson performed on vibes, marimba, xylophone, bells, chimes, and boo-bam. In his later years, Hutcherson appeared on Lou Rawls’s At Last (1989), Donald Byrd’s gospel-tinged A City Called Heaven (1991), Abbey Lincoln’s Wholly Earth (1999), and two albums by Kenny Garrett—Happy People (2001) and Beyond the Wall (2006). He was also a founding member of the SFJAZZ Collective, playing with them from 2004 to 2007 and appearing on their first six albums. On his final recording as a leader, Enjoy the View (2014), he was joined by saxophonist David Sanborn, drummer Bill Hart, and Joey DeFrancesco who performed on both trumpet and organ in a collection of eight original compositions by various members of the group. In 2010, Hutcherson was named an NEA Jazz Master.

In Andrew Gilbert’s August 15 obituary of Bobby Hutcherson, he quotes an earlier interview he did with Hutcherson in which the musician credited Joe Chambers, a percussionist and composer who appeared on ten of Hutcherson’s records as a leader, with “encouraging him to start generating his own music as a vehicle for documenting creative evolution—‘in order to complete your cycle you have to write.’” The second of those Hutcherson albums featuring Chambers, Components (released in 1966), juxtaposes a side of Hutcherson originals (including what is perhaps his most famous one, “Little B’s Poem”) with a side of Chambers originals. So it seemed most appropriate for us to approach Chambers, who is currently writing his autobiography, to share his thoughts about his long-term collaborator and friend.—FJO]

It is with a heavy heart, and a feeling of hesitation and great loss, that I approach this essay. In fact, I decided to pause writing to look at a video of Bobby with a quartet just sent to me.

Bobby arrived in New York around 1961, before me, touring with the Al Grey-Billy Mitchell group. I first met him in the summer of 1962 when he was performing with the Jackie McLean Quartet at the Bohemian Caverns in Washington, D.C. The group was Jackie McLean, Eddie Khan, Tony Williams, and Bobby Hutcherson. The absence of piano placed Hutcherson in the role of accompanist as well as soloist. To perform that role as a mallet player requires the skill to manipulate four to five mallets.  He was the first vibist I ever saw do this, well before Gary Burton appeared on the scene.

Another observation: Hutcherson had his own distinct tone and sound on the instrument, very different from the prominent mallet players of the day Lionel Hampton and Milt Jackson.  When I made the move to New York from D.C. in the fall of 1963, I crossed paths with him again. Eric Dolphy assembled a group consisting of Hutcherson, Freddie Hubbard, Richard Davis, and myself on drums.  We did a concert at the Brooklyn Academy of Music that was recorded live.  Several producers are, to this day, looking for those tapes; I have no idea where these tapes are.

I became a kind of house recording drummer for Blue Note Records after joining Freddie Hubbard’s group in 1964 and recording Hubbard’s Breaking Point. After that, Bobby and I were teamed on recordings led by Joe Henderson (Mode for Joe) and Andrew Hill (Compulsion), then subsequently nine Bobby Hutcherson-led recordings for Blue Note. After the albums Components, Dialogue, and Now, a working group consisting of Harold Land, Stanley Cowell, Reggie Johnson, and myself was formed around 1968. Alfred Lion and Frank Wolf at Blue Note did not care what you played, as long as they could extract a song from the program that could be put on the jukebox. The jukebox industry of the 1950s and ’60s is part of what kept jazz very prominently in the public eye, way more in those days than now.

We used to call Bobby “Tranquil,” he was so easy going and even tempered—completely opposite of what was going on in the country and the world in the 1960s.

We used to call Bobby “Tranquil,” he was so easy going and even tempered—completely opposite of what was going on in the country and the world in the 1960s. And working with him was just as I described his personality. It was at this time, well before the inception of the percussion group M’Boom, that I began to consider learning and performing on mallets. I attribute this to Bobby Hutcherson. He often asked me for drum exercise books; I wondered why.  He said it was “to strengthen his wrists and fingers.”  He also suggested we form a group of just drums and mallets, a precursor to the concept realized by Max Roach five years later, in the group M’Boom. He relocated to San Francisco around the “flower children” time. It’s a wonder he stayed in New York as long as he did; he was truly California sunshine.

A lot has been written and said about his playing but not enough about his composing and musical philosophy. To me, he is one of the most important conceptualizers of music in the last half of the 20th century. His compositions are a marvel of sophistication, harmonic and melodic innovation, and imagination. Bobby Hutcherson was a visionary musician.

The last time I was in touch with Bobby was last year when I was in San Diego. Even in 2015, Bobby was not in good shape; he was barely able to talk, suffering from Alzheimer’s as well as emphysema. We just talked about the old days, as best as he could. But it was not good for me to see him like that. 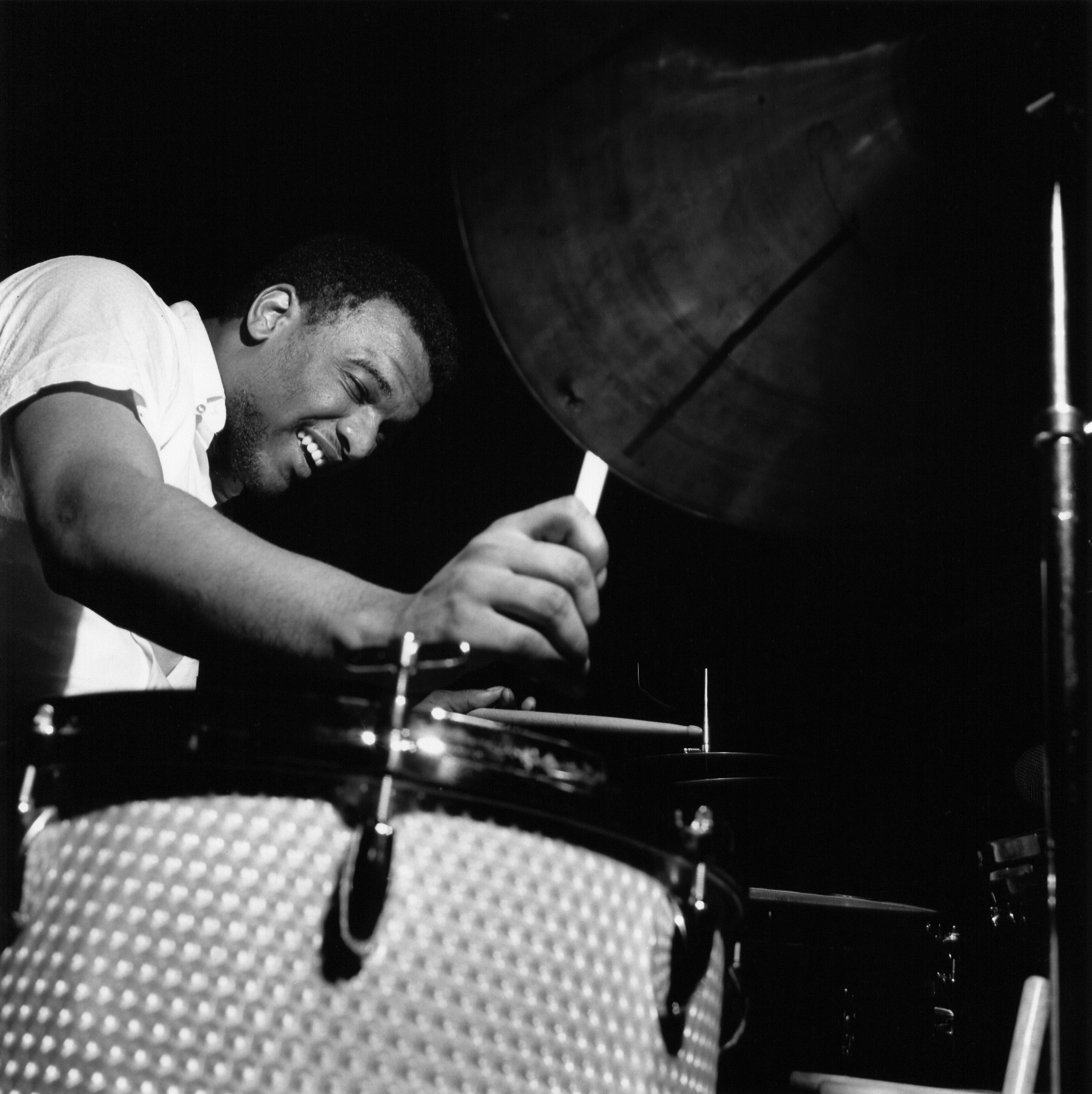