Cage = 100: Walking Along Paths the Outcome of Which I Didn't Know...
NewMusicBox
Written By

Cage = 100: Walking Along Paths the Outcome of Which I Didn’t Know…

Five days after the death of colleague and friend John Cage, I produced and hosted a two-hour tribute broadcast on the New York City radio station WBAI-FM. Only a few of the many, many friends who were also close to him could be invited and the emotions of the moment were still raw. Now, all this time later, it’s hard to believe he’s no longer with us. 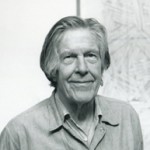 Five days after the death of colleague and friend John Cage, I produced and hosted a two-hour tribute broadcast on the New York City radio station WBAI-FM. Only a few of the many, many friends who were also close to him could be invited. As you’ll hear, the emotions of the moment are still raw. Everyone is working to come to terms with this sudden absence at the center of our community. Cage was such a friendly, welcoming, and challenging presence in our lives and in the music scene—for everyone—that even now, all this time later, it’s hard to believe he’s no longer with us.

In the WBAI studio with me were artist William Anastasi (at the time co-artistic advisor to the Merce Cunningham Dance Company), composer Earle Brown, Don Gillespie (who worked with Cage for decades at C.F. Peters, Cage’s publisher), R.I.P. Hayman (composer and a founder of EAR Magazine), Mark Swed (a music critic who is probably more knowledgeable about Cage than almost anyone else alive), and Margaret Leng Tan (a pianist who worked with Cage intensively, especially on annotating his works for prepared piano). Speaking by telephone sequentially (WBAI only had a single line) were: Christian Wolff, Pauline Oliveros, and David Tudor. The engineer and in-line producer for WBAI was Peter Schmideg, who was the regular host of the station’s weekly program “Soundscapes: Explorations in Radio Sound & Music.” He graciously offered his timeslot for this special tribute broadcast which can be heard in the following audio file.

This program was the initial broadcast of a year-long radio series I produced for Source Music, Inc., called 0’00” – after the piece Cage described as his 4’33” No. 2: “In a situation provided with maximum amplification (no feedback), perform a disciplined action, with any interruptions, fulfilling in whole, or in part, an obligation to others…” The series went on to include, with permission, the first complete rebroadcast of Cage’s complete Harvard Norton Lectures and Seminars of 1988-1989, plus all of Morton Feldman’s WBAI “Radio Happenings” with John Cage, not heard since the 1960s. Each program of the series also had an interview with a different Cage-related guest. Half of the programs in my 0’00” series were broadcast on WBAI, and the other half on WKCR.

With this 0’00” series, I was working to fulfill not only the obligation we all felt to Cage himself, for having been the center of the entire music community for musicians of all stripes—and doing so with inspiration and an infectious joie de vivre—but also for the extremely thoughtful professional encouragement of having written me an encomium about my own music. In addition, it was one small way to show my appreciation for having been awarded two grants from the Foundation for Contemporary Performance Arts—a philanthropic organization Jasper Johns co-founded with Cage and others which helped support so much new and creative work in our community. (To the surprise and delight of all grantees, the awards arrived in the mail in the form of Foundation checks personally co-signed by Cage and Johns.)

Adding an element of chance to the proceedings, as this broadcast took place, that year’s Republican Convention was just getting underway, and we were supposed to be prepared to cut away at a moment’s notice to former President Ronald Reagan, who was scheduled to speak after the keynote speaker. Fortunately the speech went on so long that Reagan came on late, and our tribute wound up lasting only slightly less than the intended full two hours. Towards the end of the recording, you’ll hear increasingly frequent references to the convention going on as we are speaking, and there are a couple of fake-out cut-aways to the convention feed before we finally go out, allowing the last words of this historic recording to be spoken by Reagan. Odd as this juxtaposition is, the contrast between the visions represented by this politician and by this composer makes perfect poetic (and Cageian) sense.

Near the end of the program, in my protest against the formulaic last sentence of The New York Times’ obituary, “There are no immediate survivors,” we seconded John Schaefer’s heartfelt exclamation on his radio program that, on the contrary, all of the thousands in our new music community are Cage’s children. I meant no slight to Allan Kozinn’s excellent writing of the obit. He wrote it under extremely difficult circumstances, which I am happy to take this opportunity to underline and especially to note the grievous mistake inserted into it by his editors without Kozinn’s knowledge or consent: that the headline and its lead incorrectly labeled Cage a “minimalist.” The newspaper got it right though, in putting the obit on its front page. (Kozinn told me Cage benefited from the outrage that had erupted when the horse Secretariat died on the same day that Virgil Thomson had—and the editors had chosen Secretariat’s obit for the front page, rather than Thomson’s!) While he was alive, John Cage often had to deal with much disrespect and consternation. When I wrote for The New York Times myself, the editors would not allow me to describe him as one of the most influential composers of our time, suggesting I substitute “musical philosopher.” With much difficulty, I held my ground, but had to compromise with an added equivocation, referring to him as “this most influential and elusive composer.” Since his death, however, the proper estimation of his work has now grown apparent even to the most hidebound naysayers. The range, reach, and depth of his work is enormous.

A word for those who did not have the good fortune or opportunity to interact one-on-one with Cage as a person: he gave generously of himself to everyone, always with diligence and patience. In New York City, one could often run into him, whether shopping at the Union Square Farmers’ Market or attending concerts at Phill Niblock’s loft. Despite his unbelievably busy schedule, he always had time for everyone. And it was rare for anyone to speak with him and not come away enriched. His famous “Eleventh Commandment” was “Thou shalt not have an answering machine”—which meant, if anyone called him (his number was listed in the phone book), they would likely find him at the other end of the line. (Even John Ashbery once told me Cage had transformed his life by advising him, rather than getting upset, to include the telephone interruptions in his poetry.)

Cage was protean, and without question the most influential composer since Wagner—and for entirely opposite reasons. No one since has come anywhere near to taking his place.

Thanks are especially due to Peter Schmideg; to WBAI/Radio Pacifica; and to Laurie Spiegel for archiving and transferring the broadcast to digital form. 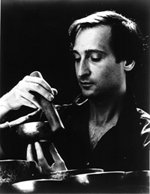 Raphael Mostel is a composer, writer and lecturer based in New York City. His work has been performed by musicians of the Royal Concertgebouw and Chicago Symphony orchestras and New York City Opera. To realize his very different compositions revivifying ancient ideas of sound, Mostel created the Tibetan Singing Bowl Ensemble: New Music for Old Instruments℠.