It is a remarkably elevated art that is so incapable of settling down, constantly inspiring its practitioners to use the output of one set of rules as the input for a completely different set of rules. Musical style is a moving target. It certainly must be. 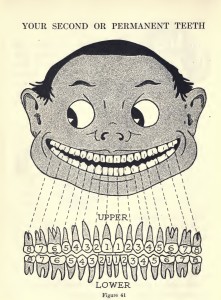 In his 1547 treatise Dodecachordon, Heinrich Glarean, having lionized the likes of Obrecht, Ockeghem, and Josquin (especially Josquin), made sure—like you do—to despair that the younger generation was ruining everything. To be sure, even Josquin had his infelicitous moments: “in some places in his songs he did not fully and properly restrain his impetuous talent, although this ordinary fault may be condoned because of his otherwise incomparable gifts.” Those coming after Josquin, however, made this exception the rule, as Glarean complained:

The art now displays such unrestraint that learned men are nearly sick of it. This has many causes, but mostly it is because composers are ashamed to follow in the footsteps of predecessors who observed the relation of modes exactly; we have fallen into another, distorted style of song which is in no way pleasing—it is only new.

It was probably coincidental that, for the May 10 and 11 premiere performances of Caroline Shaw’s Music in Common Time, the vocal group Roomful of Teeth and the string ensemble A Far Cry preceded the piece with Josquin at his most elegantly, explicitly generational: his “Déploration” on the death of his elder colleague Johannes Ockeghem (in an arrangement by Shaw). But, then again, after winning the 2013 Pulitzer Prize for her Partita (the youngest composer to ever receive the honor), Shaw came in for a share of Glarean-like grief courtesy of John Adams, who implicitly held Shaw up as an example of “extremely simplistic, user-friendly, lightweight” music: “People are winning Pulitzer Prizes writing this stuff now.” He went on:

If you read a lot of history, which I do, you see that civilizations produce periods of high culture, and then they can fall into periods of absolute mediocrity that can go on for generation after generation.

So to have the “Déploration” on the program, that road from Ockeghem to Josquin to implied musical perdition, was a nice reminder that, if you read even a little history, you see that these sorts of bumpy transitions are nothing new. Music in Common Time is, among other things, a border stone marking one of those most porous yet most impassible of barriers: a proximate, parapatric stylistic divide.

A Far Cry, seven seasons old, has, since 2010, been the in residence at the Isabella Stewart Gardner Museum (where I heard this program on May 11). They are a conductorless gang of energetic fashion. (Their standard-repertoire contribution to the program, Mahler’s string-orchestra arrangement of Schubert’s “Death and the Maiden” Quartet (D. 810), was incessantly high-contrast and bracing.) Roomful of Teeth charts a line between musical polish and enthusiasm. Their singing in the Josquin, for instance, channeled the precision of an early music outfit but eschewed the homogeneity: individual voices could still be heard amidst the collective. Both groups are cut from similar cloth: younger-skewing ensembles proficient enough to slip into the churn of the classical-music performance business, and idiosyncratic enough to create the sense that they’re reprogramming the machine. An additional layer of professional and personal connections between the two groups (which Shaw hinted at in a breezy program note) made for a natural collaboration; Shaw’s new piece—somewhat mind-bendingly, her first formal commission—provided the occasion.

Music in Common Time is not quite a concerto, although the eight voices tend to move more as a unified group than the string orchestra, which is frequently divided into distinct factions. An opening stretch—a staggered, rising, arpeggiated triad (D major, picking up where Partita left off)—shifts into the sturdiest of diatonic progressions, then gives way to a vocal break, one of two sections with text: “Over the roads,” the voices sing, in a tongue-twisting interlude of traveling music. (That dialectic, one ensemble gently interrupting the other, happens throughout.) After a bit of folk-tinged, almost Holst-like atmosphere, the opening section returns, only to be undercut by thickets of snap-pizzicato, becoming a conventionally plucked accompaniment, over which the voices embark on a short study in portamento, sliding up and down into pure harmonies.

The center of the piece was engrossing, a negotiation between a perpetually rising sequence of secondary dominants in the strings and faster, descending parallel chords in the voices, occasionally meeting up for chance cadences. It was chased with a brief dose of ringing-partial throat-singing—one of the piece’s few congruences with Partita’s more exuberant kitchen sink of vocal techniques. That led to the final section: first the voices introduced another bit of sentimentally elusive text (“years ago, I forget; years to come, just let them”) set as a sweetly unsteady shape-note sing; then a tranquil standoff of a coda, half the strings staying put while the other half, along with the voices, moved to a different key center.

The overall effect is that of a linked chain, a point-to-point sojourn. Arrivals are based less on contrapuntal resolution and more on the satisfying effect of a particular sonority. (The sound of a widely spaced triad—roots, thirds, and fifths saturating the overtone spectrum—is a recurring component; it also featured in Shaw’s Josquin arrangement, suboctaves from the double basses trundling in to give crucial harmonies a boost of widescreen warmth.)

But what’s most interesting about Music in Common Time is its relationship to style. Current usage of the term “post-minimalist” can be a little squishy, but in a way that goes beyond historical chronology (and to a more immediately apparent extent than Partita), Music in Common Time is truly post-minimalist, at least in the lower-case sense: the structure and gist are not minimalist, but almost all of its building blocks are minimalist signifiers, tropes and gestures that evolved along with minimalist practice. The triad as object; overlapping consonance as a stretched canvas; the chord-to-chord movement of basic progressions turned into scene and act breaks; variation via altered phrase length rather than elaborated melody—all of these figure into Shaw’s rhetoric, but in a way far removed from minimalism’s deliberate, patient process.

The tropes become objects of recognition at least as much as objects of exploration; the garnishes—the Bartók pizzicato, the more exotic vocal excursions, the polytonality—play off of expectations of what we might be accustomed to hearing those other ideas do in a minimalist context. In other words, Shaw is most definitely not observing the relation of modes exactly, at least by the lights of her elders. Which is as it should be. Music always does this, always has done this, always will do this. Music in Common Time is only unusual in the genial straightforwardness with which it repurposes inherited goods.

It reminded me of my favorite piece of curmudgeonly compositional grumbling, coming a century after Heinrich Glarean, when the Baroque era was just getting traction, but was far enough along for Samuel Scheidt to complain about where things were headed:

I am astonished at the foolish music written in these times…. It certainly must be a remarkably elevated art when a pile of consonances are thrown together any which way.

This is both supremely sarcastic and basically true. It is a remarkably elevated art that is so incapable of settling down, constantly inspiring its practitioners to use the output of one set of rules as the input for a completely different set of rules. Musical style is a moving target. It certainly must be.