Opera Philadelphia, in collaboration with Gotham Chamber Opera and Music-Theatre Group in New York, has announced that composer Andrew Norman has been selected as its third composer in residence. Norman was chosen from over 100 applicants for the position and now has the opportunity to follow a personalized development track focused on the advancement of his career as an operatic composer. 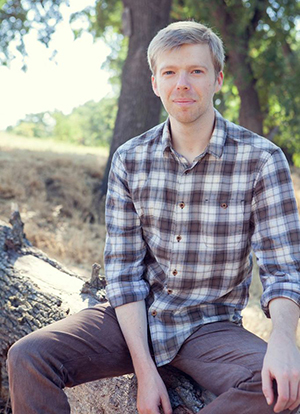 Opera Philadelphia, in collaboration with Gotham Chamber Opera and Music-Theatre Group in New York, has announced that composer Andrew Norman has been selected as its third composer in residence. Norman was chosen from over 100 applicants for the position and now has the opportunity to follow a personalized development track focused on the advancement of his career as an operatic composer. Norman will begin his appointment immediately. He joins composers in residence Lembit Beecher, who was appointed in September 2011, and Missy Mazzoli, who was appointed in September 2012.

Funded by a $1.73 million grant from The Andrew W. Mellon Foundation, the program “fosters tomorrow’s American operatic masterpieces through personalized creative development and intensive, hands-on composition opportunities for today’s most promising opera composers.” The position combines its individualized plan of study with a living stipend and health benefits.

“Andrew’s music really stood out both in its emotional sophistication and his virtuosic control of larger forms,” said David B. Devan, Opera Philadelphia’s general director and president. “Both of these qualities are essential for composing opera. We look forward to working with Andrew as he takes this next step in his growth as an artist.”

Norman, 33, is increasingly active as an orchestral composer. His symphonic works, often noted for their clarity and vigor, have been commissioned and premiered by the Los Angeles Philharmonic, the Royal Liverpool Philharmonic, the Orpheus Chamber Orchestra, and the Minnesota Orchestra, among others. A lifelong enthusiast for all things architectural, he writes music that is often inspired by forms and textures he encounters in the visual world. His music draws on an eclectic mix of instrumental sounds and notational practices, and it has been cited in The New York Times for its “daring juxtapositions and dazzling colors” and in the Los Angeles Times for its “Chaplinesque” wit.

Norman’s The Companion Guide to Rome, which premiered on November 13, 2011 in Salt Lake City, Utah, was named a finalist for the 2012 Pulitzer Prize in music. The Pulitzer Prize Board called it “an impressive musical portrait of nine historic churches, written for a string trio but sometimes giving the illusion of being played by a much larger group, changing mood and mode on a dime.”

Opera Philadelphia continues to help shape the future of opera with initiatives like the Composer in Residence Program and the American Repertoire Program, a commitment to producing an American opera in ten consecutive seasons, launched in 2012. The most recent work in the American Repertoire Program was Silent Night, featuring music by composer Kevin Puts, for which he won the 2012 Pulitzer Prize in Music. Additional announced co-commissions include A Coffin in Egypt by Ricky Ian Gordon with a libretto by Leonard Foglia, slated for the Aurora Series for Chamber Opera at the Perelman Theater in 2014; Oscar by Theodore Morrison, with a libretto by the composer and John Cox, slated for the Academy of Music in 2015; and Cold Mountain by Pulitzer Prize-winning composer Jennifer Higdon with a libretto by Gene Scheer, which will be produced at the Academy in 2016. A Coffin in Egypt is co-commissioned and co-produced with Houston Grand Opera; both Oscar and Cold Mountain are co-commissioned and co-produced with The Santa Fe Opera.