The National Endowment of the Arts has announced the 2016 NEA Jazz Masters honorees will be vibraphonist Gary Burton, saxophonists Pharoah Sanders and Archie Shepp, and jazz advocate Wendy Oxenhorn. 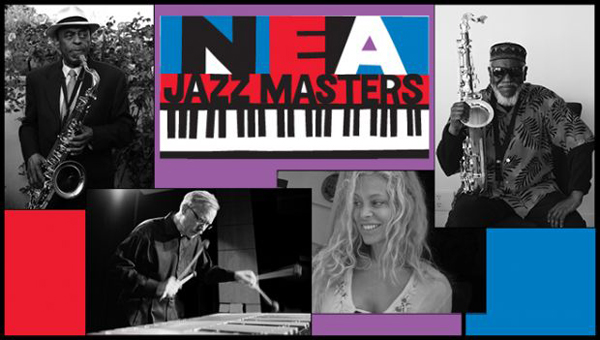 The National Endowment for the Arts will honor four jazz leaders–three musicians and an advocate–with the 2016 NEA Jazz Masters award for their significant accomplishments in the field. The 2016 honorees are: jazz fusion progenitor and educator Gary Burton whose four-mallet technique on the vibraphone has given the instrument a fuller, more piano-like sound than the traditional two-mallet approach; Grammy Award-winning saxophonist and composer Pharoah Sanders who is known for his distinctive sound marked by overblowing, harmonic, and multiphonic techniques; saxophonist, composer and educator Archie Shepp, best known for his Afrocentric music of the late 1960s, whose long career as an educator has focused on history of African-American music from its origins in Africa to its current state; and Wendy Oxenhorn, executive director and vice chairman of the Jazz Foundation of America, an organization that is committed to providing jazz and blues musicians with financial, medical, housing, and legal assistance as well as performance opportunities, with a special focus on the elderly and veterans who have paid their dues and find themselves in crisis due to illness, age, and/or circumstance.

The NEA Jazz Masters award is the highest honor that our nation bestows in the field of jazz and includes a cash award of $25,000 and an award ceremony and celebratory concert, among other activities. As part of the National Endowment for the Arts’ 50th anniversary events, the annual NEA Jazz Masters celebration will take place in April 2016 in the nation’s capital, in collaboration with the John F. Kennedy Center for the Performing Arts. More details are available on the NEA’s website.

(–from the press release)