Inaugurated in 2000, Michelle Schumann’s annual “Happy Birthday Mr. Cage!” event has become a “Rite of Fall” of sorts for Austinites in and around the new music scene. 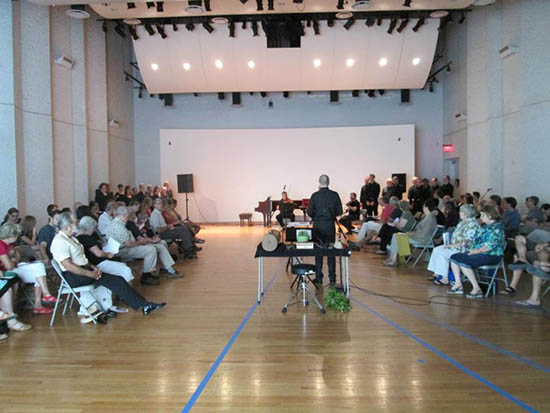 Happy Birthday Mr. Cage, indeed! The wash of Cage performances, celebrations, remembrances, and retrospectives that started earlier this year culminated in centennial concerts across the country this past weekend, and Austin was no exception. However, this year’s celebration, while special in its own right, was actually the 12th anniversary of Michelle Schumann’s annual “Happy Birthday Mr. Cage!” event. Inaugurated in 2000, the celebration soon became a “Rite of Fall” of sorts for Austinites in and around the new music scene who came to see Schumann and other Cage aficionados perform his works. This year’s observance was marked by a marathon concert at the Mexican American Cultural Center featuring 92 performers of all stripes. The show was co-curated by Michelle Schumann and the Austin Chamber Music Center, along with Travis Weller of the Austin New Music Coop, Brent Baldwin of Texas Choral Consort, and Matt Teodori of line upon line percussion. The show was a product of nearly a year of planning, and the members of each of the curating groups brought their own unique perspective in an attempt to capture a broad look at the composer’s life and work. 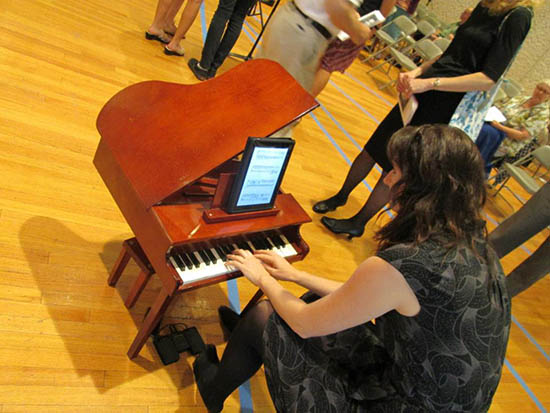 The five-hour show was divided into five equal sections separated by brief intermissions. Though most of these sets were presented conventionally with one piece following another, the overlapping of works was a feature of two of them. For instance, the 5 p.m. set (see below) featured Variations IV throughout while Composed Improvisation, Solo, One4, Two, and Aria were played, and the 6 p.m. set featured 45 Minutes for Speaker which went on throughout while Four5, Variations III, Suite for Toy Piano, and Amores were performed one after the other.

Works like Variations IV and 45 Minutes for Speaker lend themselves to this layering process, and in the case of the former speak directly to its instructions. While other works could have been put in place of the shorter works which were played simultaneously with Variations IV and 45 Minutes for Speaker, the “superimposed” works that were chosen here provided a compelling counterpoint to the “pedal function” of the longer works without overshadowing them. In short, they play(ed) well together. 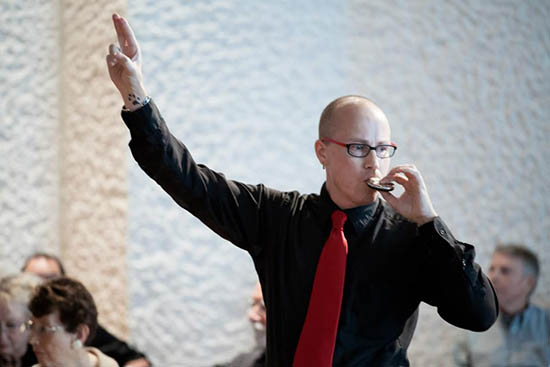 A marathon concert covering the life and times of any composer is a lot to pack into an article, (especially when the event is one of many similar events occurring across the country and world) but some highlights of the marathon included Texas Choral Consort’s performance of Hymns and Variations, New Music Co-op’s presentation of Four6 for violin, contrabass, and percussion/electronics, and Schumann’s interpretations of Cage’s piano works (some for toy piano, others for prepared piano). Percussionists from the University of Texas as well as dancers and other instrumentalists from the Austin community rounded out the list of performers. 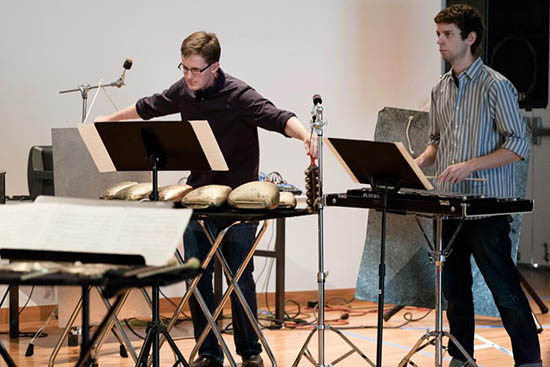 Despite the scope of the concert, the variety of the music, and the novelty of the presentation, nods to conventional performance (such as holding on to 4’33” until the final set) did give a sense of order and direction to the show which, of course, featured a great deal of indeterminate music. Schumann and the other curators truly shot for the moon this year in honoring Cage’s life and legacy with this special marathon. But make no mistake, next year will see yet another marking of his birthday by those whose lives have been so significantly impacted by his music.