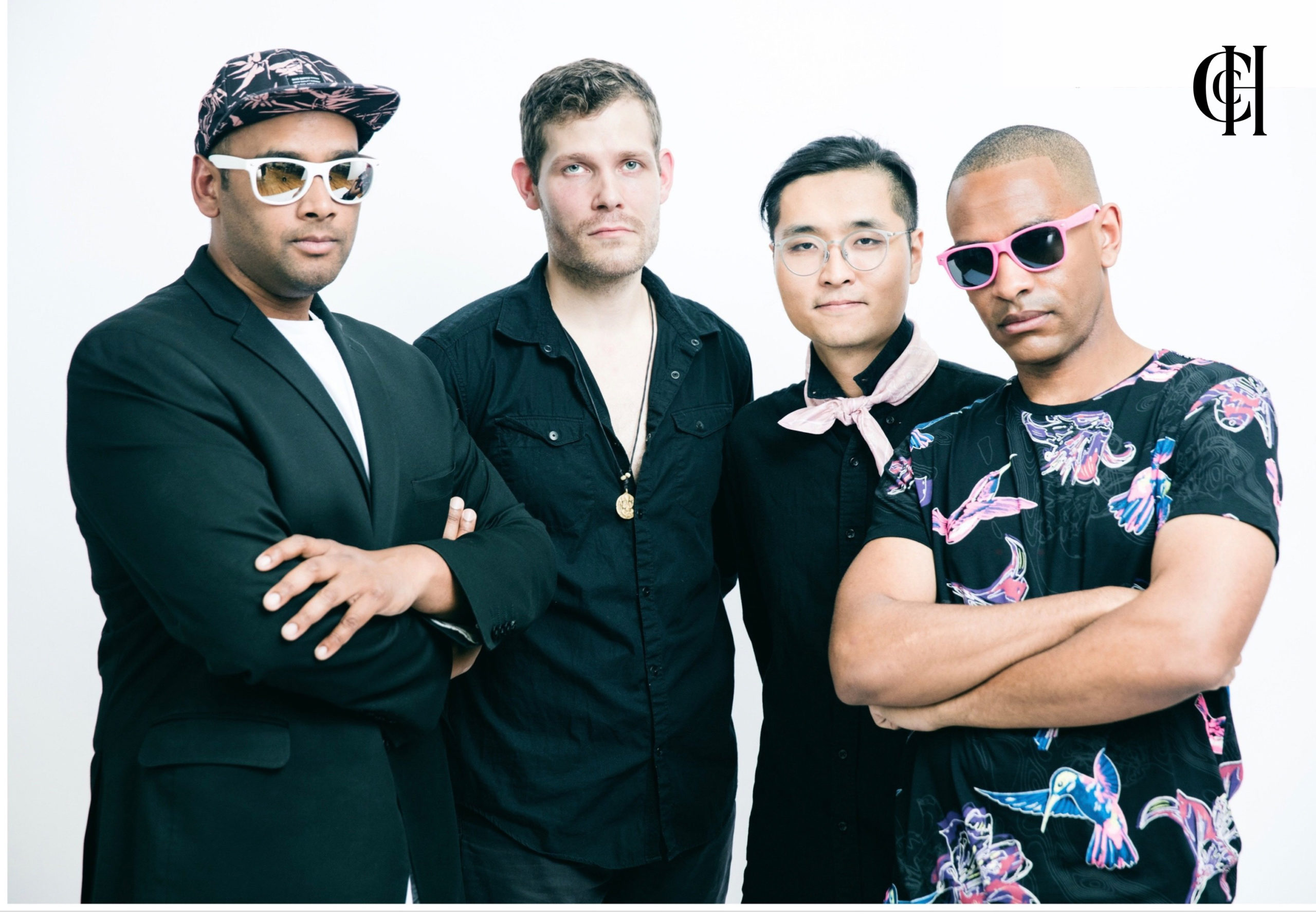 GLITCHES AND SPARKS BY WARP TRIO

A good friend of the band, and wonderful composer, Evan Gamble wrote this tune for us several years ago with a quick flash of inspiration. He unfortunately passed away shortly after its composition, and we were unable to perform in his lifetime. He left a few words to get the flavor of the piece across to us and the future audience.

“Remember this is hip-hop not classical, and I am Bill Evans not Beethoven., you guys are charlie parker and miles. So improvise freely.”

“The merchandise was not the thing, and neither, for that matter, was the nostalgia. It was all about the neighborhood, that space where common sorrow could be drowned in common passion as the talk grew more scholarly and wild.” —Michael Chabon, Telegraph Avenue

“Brokeland Records” is the name of the fictional record store at the heart of Michael Chabon’s 2012 novel, Telegraph Avenue. The store sits on the border of Berkeley and Oakland, California, and is a specialty purveyor of soul jazz from the 1960s and ’70s. It is a transitional space, a place where white meets black, old meets young, and the vernacular meets the rarefied, though not without conflict. Chabon’s own writing is similarly transitional—richly worded and highly stylized (Telegraph Avenue features a breathtaking 12-page run-on sentence), yet drawing on genre fiction and comic books.

Brokeland Records the piece is a musical analog of both the aforementioned record store and Chabon’s writing style. Many of the musical materials derive from Bay Area-funk (and from David Garibaldi’s slick drumming for the band Tower of Power in particular). Over the course of the piece however, I use different processes to slide the music back and forth from its origins toward a more rarefied space. Like the conversation in the fictional record store, the music in Brokeland Records grows both more scholarly and wild as it breathlessly heads toward its conclusion.

Brokeland Records was commissioned by the PRISM Saxophone Quartet and premiered at Rose Recital Hall, The University of Pennsylvania, on March 19th, 2016.

A Commission sponsored by a Chamber Music America grant, “Grounding // Sparks” is a 30-minute work composed by Randall-Myers in 2020. Grounding is a beautifully developing prelude, which is followed by Sparks, a perpetual motion tour de force (featuring the pianist).

“Every chamber music program needs this kind of energy. While the beginning and ending compositions by Haydn and Brahms provided expected pleasures, it was the Warp Trio’s own jazz/tango/classical works that gave the concert a kick in the pants.” — CAPE COD TIMES

Described as “A talented group that exemplifies the genre-obliterating direction of contemporary classical music” (Columbia Free Times), Warp Trio is an Internationally touring cross-genre chamber music experience. Reflecting the combination of Juilliard trained members juxtaposed with members steeped in rock and jazz styles, the one of a kind trio (that even has a fourth member!) can be seen performing classical works in prestigious halls on the same tour where they headline a standing room only show at a rock venue. In addition to their electrifying public performances, they have gained a reputation for their innovative educational workshops with students from grade school through university level.

Maintaining a busy performance schedule, Warp has performed hundreds of concerts all across the United States, in addition to tours throughout The United Kingdom, Spain, Switzerland, Holland, Germany, West Africa, and the Caribbean. Highlights of recent seasons include, headlining performances at The LEM Festival for Experimental Music in Barcelona, and the Omaha Under the Radar Festival, being featured guests at the 2020 MASA Jazz Festival in Abidjan, Côte d’Ivoire, and the Sold-Out World premiere of their Triple Concerto for Piano Trio and Orchestra with the New York City based Urban Playground Chamber Orchestra. They have been one of the honored recipients of a New York Foundation for the Arts Grant, and in the 2020 season, they were the recipients of the Chamber Music America Ensemble Forward and Classical Commissioning grants. Highlights of the 2021-22 season will include the release of their second studio album, the premiere and tour of a brand new original Triple Concerto with the ensemble Palaver Strings, a Winter Ravinia appearance, and in the Summer, they will make their first trip to Canada as guest performers at The Vancouver Island Music Festival.

Their education work has led them to numerous Colleges and Universities where they have presented their original workshops and masterclasses in improvisation and creative music making. Recent highlights include, the Royal Northern College of Music (Manchester, U.K.), James Madison University, The North Carolina School of the Arts, Cal State LA, University of the Virgin Islands (St. Thomas), and SUNY Binghamton, among many others.

Individually, the members of Warp Trio hold degrees in performance from the Juilliard School, Cincinnati-College Conservatory of Music, and New York University. The beneficiaries of an incredibly diverse range of education, among the ensemble, they have received chamber music training from members of the Guarneri, Juilliard, Emerson, and La Salle Quartets as well as jazz instruction from figures such as Ray Anderson, Tony Moreno, Dave Pietro, and Mike Richmond.