You’re an Artist, Not an Entrepreneur

To teach, perform, compose, commission, start ensembles, or start a concert series is nothing new. We are not creating new industries or products, nor are we objectively improving on the past. 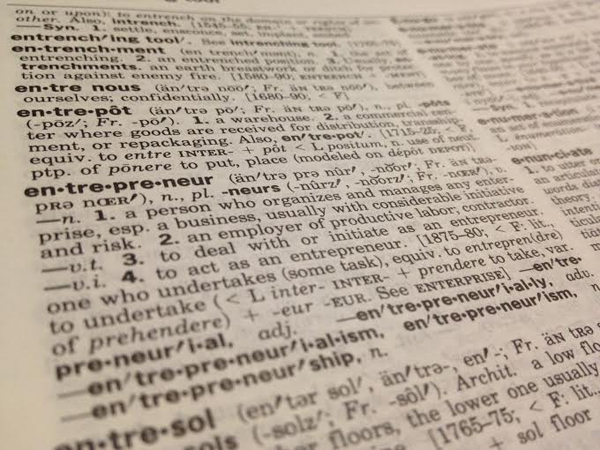 On October 2, 2012, the MacArthur Foundation named Claire Chase, CEO and artistic director of the International Contemporary Ensemble, a MacArthur Fellow. It was a half-million dollar[1] stamp on an increasingly prominent buzzword in new music: entrepreneurship.

Where 2011 MacArthur Fellow Francisco Núñez was simply described as a “Choral Conductor & Composer” and 2013 Fellow Jeremy Denk as “Pianist and Writer,” Chase was given the distinction of being an “Arts Entrepreneur.” The foundation recognized her in part for “forging a new model for the commissioning, recording, and live performance of contemporary classical music.” This was the future of music.

Since then, entrepreneurial programs in conservatories have earned a new degree of recognition and legitimacy, while the (increasingly few) schools without such programs seem to be behind the curve. What was once a possible alternative to the increasingly scarce “traditional” jobs for musicians has become the de facto model for conservatory graduates. “Can’t find a job? Make one!” is the new motto.

But I’ve gotten ahead of myself. Let me say up front that a lot of the thinking and skills that are behind an entrepreneurial focus in music education are not all bad. I, after all, helped co-found a record label, have been designing websites since before WYSIWYG editors were the norm, and have made an enviable number of professional contacts through social media. Were I better looking, I might be considered a poster boy for entrepreneurship, or at least Mr. November.

Therein lies the problem. If I have achieved some success in music, it is all too easy to point to these things and say, “Aha! Entrepreneurship wins the day.” Let us not forget, however, that correlation does not equal causation. To describe me as an “arts entrepreneur” (or Chase, for that matter) is bad for everyone.[2] It seems to imply that business savvy is what defines me and ignores the plethora of other skills, artistic and practical, that have brought me to where I am. To focus on entrepreneurship is to get only a small fraction of the picture, which could in the end be leading the next generation of artists down a path toward greater frustration.

Over the course these four essays, I hope to address some of the problems I perceive with this entrepreneurial focus. In the remainder of today’s post, I’ll look at some of the reasons why this trend came into being as well as the empty promises it holds. In my second post, I’ll compare an artistic-oriented career approach to a business-oriented approach in greater detail. Third, I will analyze in detail the ideas Claire Chase presents in her 2013 Convocation Address at Northwestern University; the working title is “Why I Think Claire Chase is Wrong.” Finally, I will conclude on a more personal note, looking at how entrepreneurial skills have helped me over the years while at the same time demonstrating how they were neither necessary nor sufficient to get me to this point in my career.

How We Got Here

Let us begin our narrative by looking back on the dot-com bubble at the close of the 20th century, when it seemed that anyone with a modicum of technical skill could found a company and become a multimillionaire.[3] Buzzwords like “new economy” became the norm while the promises of connectivity, efficiency, growth, and scale blinded the masses to a fundamental lack of profits. Yet if the boom was all about starting a website to replace a brick-and-mortar company, the bust saw an inc

orporation of internet technology into extant businesses and organizations. The internet was becoming ubiquitous.
Interestingly, it wasn’t until a few years after the boom that some of the most important internet companies and services were launched.[4] (Think Facebook, Twitter, YouTube, the iTunes Store, etc.) Here was the promise of the dot-com boom fulfilled. New tools for building connections and creating content were rapidly increasing, while at the same time technology in general was becoming increasingly cheaper. Media as a whole was becoming democratized, and that was not lost on the arts.

And then there was the Great Recession. Millions of jobs were lost in the wake of the subprime mortgage crisis, and it took a heavy toll on less “essential” sectors of the economy such as the arts. It is little wonder, then, that in the face of staggering levels of long-term unemployment, entrepreneurship would become an increasingly viable option. [5]

This is, without a doubt, a ridiculously brief overview of the last 15+ years, and one that omits more than a few significant world events, but it should offer a glimpse as to how entrepreneurship became so entrenched in our thinking.
An entire generation has come of age during the worst economic crisis in living memory while also witnessing revolutionary technological innovations. It has seemingly never been easier to strike out on one’s own and the motivation to do so is staggeringly high. In our field, this effect is compounded. First, there is the problem of vanishing traditional jobs, such as tenure-track positions[6] and a society that increasingly wants music to be free[7]. Second, other income streams, such as finding gigs and private students, seem perfectly suited for leveraging technology and entrepreneurial skills.

The Promises of Entrepreneurship

The fundamental promise of entrepreneurship, which cannot be separated from the definition of the word, is that you can create your own job. The problem, however, is that while we may constantly strive for artistic innovation, that does not equate to entrepreneurial innovation. The tools, technology, and music itself may change radically, from an economic standpoint this is not new.

For the rest of the world, to be an entrepreneur means to develop a new product/service or to fundamentally improve on an existing product/service in such a way as to disrupt the marketplace. How can we do that in music?

To teach, perform, compose, commission, start ensembles, or start a concert series is nothing new. We are not creating new industries or products, nor are we objectively improving on the past. As Aaron Gervais succinctly put it, “Art is infinitely scalable, communal, inherently subjective, and useless by design. Entrepreneurship is scarcity-based, individualistic, inherently objective, and pragmatic by design.” We are not creating jobs for ourselves so much as finding economic opportunities that have been in existence for at least as long as the so-called “traditional” jobs. Perhaps in lieu of the word “traditional” we should use “stable” instead.

Then there is producing. Another great promise of entrepreneurship in the 21st century is that technology allows everyone to be a content producer while the cost of distribution has been essentially reduced to zero. What is omitted from this glorious promise is that the when anyone can produce and distribute content for free, it becomes difficult to convince anyone to pay for it. Moreover, as the field of competition grows unimaginably huge and the market becomes flooded, the perceived value of music likewise diminishes. To quote Bob Shingleton (On An Overgrown Path), “The problem is obvious – there is too much classical music…. Indisputable data shows that audiences for classical music are shrinking, yet, equally indisputably, the supply of music is increasing exponentially. You do not have to be a so-called industry expert to see that this is a disaster waiting to happen.”
In the end, we talk a good talk about creating one’s own career, but fail to recognize that the marketplace isn’t beholden to us. We remain reliant on big donors and grants to support the arts and yet still think that a spiffy website and self-produced album alone are going to magically turn into a sustainable income. Don’t get me wrong; an injection of business savvy into the arts is not inherently a bad thing. The problem is that, in pursuit of the empty promises of entrepreneurship, we seem to have forgotten who we are.

*
1. The award amount was increased the following year to $625,000.
2. Or as Aaron Gervais argues, calling Chase an entrepreneur is simply inaccurate.
3. Some decent venture capital connections didn’t hurt, either.
4. Other luminaries such as Google and Amazon are survivors of the dot-com bust.
5. There is some contention among economists as to the effect the Great Recession has had on entrepreneurship. The Kauffman Foundation, which tracks “people reporting entry into entrepreneurial activity,” noted that entrepreneurship was at a higher level in 2009 than at any point in the previous fourteen years, with a considerable uptick beginning in 2007. The Federal Reserve Bank of Cleveland notably contested this conclusion, noting that “the Great Recession had a negative impact on U.S. entrepreneurship” and that “the largest effect came from a decline in new business formation.” I’ll let the economists fight that one out.
6. I’m not even going to cite anything here; just google “rise of adjunct faculty.”
7. Aaron Gervais, “No Seriously, There’s No Such Thing as Arts Entrepreneurship.”
*** 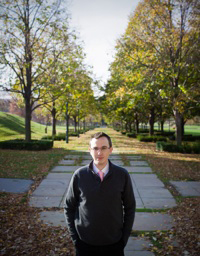 R. Andrew Lee has dedicated himself to the performance and recording of new music. He has premiered or released the premiere recording of compositions by many composers whose work lie on the boundaries of minimal music, including Ann Southam, Paul Epstein, Jürg Frey, Eva-Maria Houben, William Susman, Dennis Johnson, Scott Unrein, and Ryan Oldham. Upcoming projects include a recording of previously unreleased piano music by William Duckworth, and the premiere of a work by Scott Unrein meant to last from sunset until sunrise. Lee currently teaches at Regis University in Denver, Colorado, and was most recently Artist-in- Residence at Avila University.