With Every Christmas Card I Write
NewMusicBox
Written By

With Every Christmas Card I Write

It is a pleasant irony that, the other day, as I was in a coffee-purveying establishment reading the latest round of recording-industry shills going on about how an even more draconian copyright regime is necessary to ensure creativity and innovation, I happened to hear Michael Bublé and Shania Twain duetting on a version of “White Christmas” that is a near note-for-note remake of The Drifters’ version.

In general, when you hear a physicist invoke the uncertainty principle, keep a hand on your wallet.

It is a pleasant irony that, the other day, as I was in a coffee-purveying establishment reading the latest round of recording-industry shills going on about how an even more draconian copyright regime is necessary to ensure creativity and innovation, I happened to hear this:

It’s part of this year’s crop of holiday releases, Michael Bublé and Shania Twain duetting on a version of “White Christmas” that is a near note-for-note remake of The Drifters’ version of “White Christmas.” A cover of a cover, in other words—and, what’s more, in the context of a Christmas album, a genre that already has perhaps a uniquely low expectation for originality. (Bublé has said that the track was inspired by the use of The Drifters’ version in the movie Home Alone, which makes this a Christmas cover of a Christmas cover by way of a Hollywood blockbuster. That is such a perfect storm of American pop-culture hegemony that I might just cry a tiny, eagle-shaped tear.)

The shills have been out in force lately, defending the under-consideration-by-your-112th-Congress Stop Online Piracy Act, or SOPA, which, of course, is Spanish for “soup,” which doesn’t actually have anything to do with the bill, but is what I think of whenever I see the acronym in print. SOPA is a pretty dangerously vague mess—I suppose the only real improvement on its predecessors is that the corporations and trade-group lobbyists behind it have at least expected that people would be horrified by the bill enough that its novelties seem designed for plausible deniability: no, SOPA doesn’t legislate actual censorship (because it instead would legislate de facto censorship via cutting off websites’ revenue streams or domain-blocking); no, SOPA doesn’t create a government blacklist (because it instead farms the blacklisting out to rights-holding corporations); and so on.

SOPA, as of this writing, may or may not pass, but its mere existence is a sign that the position of culture in this society has reached, at the very least, a curiously dysfunctional place. To wit: You may find yourself listening to Michael Bublé and Shania Twain get all Pat Boone on The Drifters. You may find yourself watching in amazement as the very whence and whither of the Internet is voted on by a flock of congresspeople whose collective idea of the Internet seems to have been gleaned from Jack Valenti’s 1998 Christmas letter. And you may ask yourself, to quote a particular piece of copyrighted content, “Well, how did I get here?”

[A] measurement always causes the system to jump into an eigenstate of the dynamical variable that is being measured. 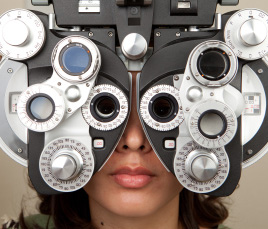 No, quantum mechanics might not be the most obvious answer (that would be the corrupting influence of money), nor the most plausible answer (that would be the corrupting influence of money), but it is, in its own analogous way, an answer. And it has to do with Dirac’s observation up there, defining the fundamental wonder and exasperation of quantum physics: measure a system and it changes the system. This is something I think a lot of people have a passing familiarity with, either via Heisenberg’s uncertainty principle (you can’t know both the exact position and the exact momentum of anything) or Schrödinger’s cat, sitting in its box, neither alive nor dead until one opens the box to check. Dirac hones in on the real weirdness of it: the system changes in different ways depending on what it is you’re trying to measure. It’s counterintuitive in a very specifically quantum-mechanical way—the sort of thing that drove Einstein himself to fits over the last decades of his career—but, nevertheless, you can sometimes catch a glimpse of it in the macrophenomenal world.

For example, in Michael Kaiser’s now-infamous column decrying the rise of Internet-based arts criticism. As many have already noted, Kaiser’s head-shaking concern was almost nostalgic in its oddly incoherent flinching at the profusion of online commentary. But one can get more of a grasp on the complaint, on just what Kaiser is objecting to, by asking: what’s the worst-case scenario? Kaiser:

No one critic should be deemed the arbiter of good taste in any market and it is wonderful that people now have an opportunity to express their feelings about a work of art. But great art must not be measured by a popularity contest. Otherwise the art that appeals to the lowest common denominator will always be deemed the best.

It would seem that Kaiser’s worst-case scenario is that someone would go see some lowest-common-denominator arts event instead of something presumably more edifying solely because some unvetted online critic recommended it. There are a lot of questionable assumptions behind that scenario: that highbrow and lowbrow are always mutually exclusive, that enjoying one necessarily precludes enjoying the other, that anyone is going to agree on such boundaries in the first place except in the broadest terms.

But look closer at Kaiser’s yardstick for criticism, at what dynamical variable he’s using to measure the system of creators, critics, and audiences. Kaiser is measuring critics and criticism in terms of how they drive the behavior of audience members—and is assuming that the audience is always functioning as, basically, consumers.

It’s easy to dismiss Kaiser’s column as just another misapplication of 20th-century assumptions to the 21st-century online world, another old codger missing the point of the Internet. But what if its own tiny scratch of damage has already been done? You measure the system, you change the system. What if Kaiser’s assumption—and every other post-WWII consumerist assumption about culture—has been steadily bumping the system into fixed categories? What if we’ve measured culture in consumerist terms so steadily that the culture is now irredeemably consumerist?

Think about it: SOPA is a terminus, not a departure. I find it telling that the greatest amount of SOPA’s possible collateral damage would fall on those websites built around user-generated content—the most obvious examples of the Internet’s tendency to blur the line between creator and audience. But why would members of Congress be at all attuned to the importance of user-generated content? Their entire framework of thinking about culture—the stew of lobbying and access and informational gatekeeping—is predicated on a one-way cultural street from creators to consumers. That’s how culture is measured in Congress, in terms of money from corporations and trade groups that still operate under consumerist assumptions, in terms of controlling audience behavior rather than enabling it. Such measurements have been made so often and for so long that the system, ever shunted down consumerist tracks, is now running on a parallel spur some distance from the way people actually relate to culture. It’s going to need a lot of switches to get it back.

There’s a familiar, conventional analysis that, especially in the wake of post-tonal modernism, classical music drifted away from mainstream culture. Within this bit-of-a-stretch quantum framework, one could easily argue the opposite: mainstream culture, ever more oriented around consumerist assumptions via repeated measurement on those terms, has drifted away from styles of music that demand listeners be less passive consumers and more actively parsing co-conspirators. Both arguments are far too simplistic—the classically bequeathed tradition is awfully active for a sidelines relic; mainstream culture isn’t lacking for artifacts that reward more active audience engagement.

But it points in an interesting direction, one where more experimental forms of music-making—or any other cultural activity—are both the victims and the salvation of the cultural system. The machinations of trade groups and Congress are no doubt a threat to the ecology of less-easily-packaged forms of cultural production. But every measurement collapses some small part of the system into a new eigenstate: every time a bit of culture encourages an audience member to be more than just a consumer, encourages them to measure the system in terms other than consumerist terms, encourages them to reverse the flow and generate culture of their own, just maybe it starts to turn the ship around a little.

Three fables, in order of increasing ambiguity. The first is the tale of Anki Toner’s This is the End, Beautiful Friend, an experimental recording that remixed the sound of the theoretically silent run-out grooves from various records into an ambient sound-object of its own. Originally posted to the Internet Archive, in 2010, was suddenly made unavailable on that (US-based) site, the collection of surface noise and static apparently enough of a provocation to trigger a reaction from the American system of online copyright enforcement.

The second comes from my old piano teacher, Dmitry Paperno, a Russian émigré, a link to the great Russian piano schools of the 19th century, and one of the most old-school cultured people I’ve ever had the pleasure of knowing. During my time of study with him at DePaul, the school acquired a new grand piano for its recital hall. Paperno played it a couple of times, decided he didn’t like it. When asked why, he replied, “It gives up its secrets too easily.”

The third fable is one of my favorite stories about bankers:

The old House of Morgan had encouraged attendance at partners’ meetings by handing out gold coins. In a modern variant, Morgan Stanley gave out ten- or twenty-dollar bills to partners when they entered a meeting. They also got to divide the booty left by absentees. The only unanimous attendance occurred once, in a snowstorm, when everybody planned to make a killing. (Ron Chernow, The House of Morgan)