pills and money
NewMusicBox
Written By

William G. Baumol and You: (Broader Economic) Context Is Everything

In this volatile environment, there’s a piece of economics that can help make sense of what’s going on, help us make better decisions as artists, and even help us make long-term plans.

This is the first publication of a line of research I’ve been working on for more than a year. I’d like to thank the New Music Gathering, the San Francisco Conservatory, Peabody Conservatory, and most recently Seattle Pacific University for giving me opportunities to speak about this research. Video of my talk at Seattle Pacific is embedded below. I’d also like to thank the more than a dozen artists, administrators, and economists who’ve shared their experiences with me and helped me make sure this work isn’t only theoretically sound, but also of practical use for working artists. Last but not least, I’d like to thank NewMusicBox for helping me reach out to some of those working artists last year, as I was preparing this material for January’s New Music Gathering. I’m still at the beginning phases of this work, so if you’re curious about it, have a use for it, or want to participate, please get in touch: [email protected] 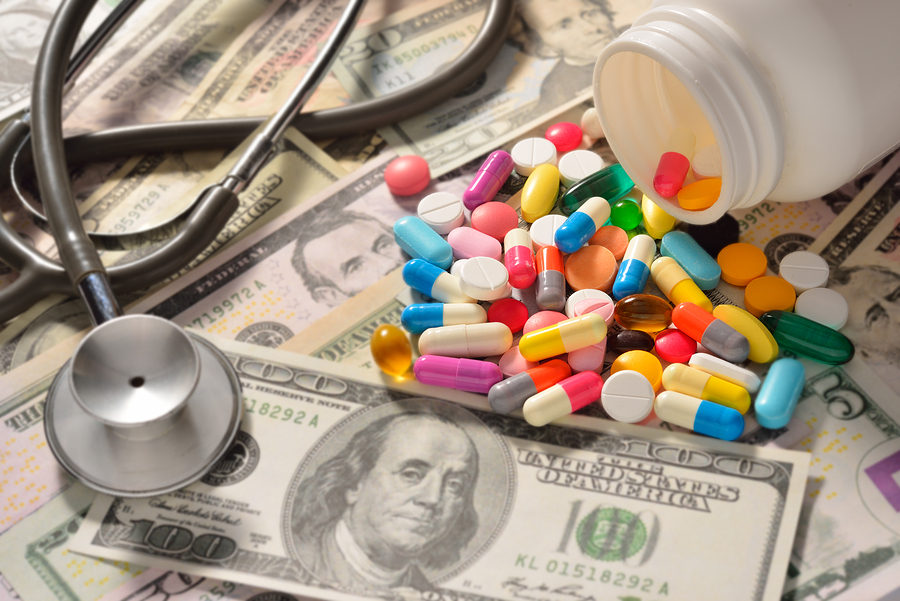 The music industry is changing really fast. Nobody knows what’s going on, or what’s going to happen next. Nobody’s career is like anyone else’s, and we’re all making it up out on our own. But there’s this one piece of economics that can help make sense of what’s going on, help us make better decisions as artists, and even help us make long-term plans.

That piece of economics? Baumol’s Cost Disease. In the 1960s Baumol noticed that some kinds of work get more productive because of technical advances. These are things like manufacturing, calculation, and robotic factories: anything where new technology makes things faster and cheaper. For Baumol, this is the “productive sector.” Then there are categories of work where technology doesn’t make it faster. No new iPhone app is going to make it take less than four worker-hours to perform a one-hour string quartet. The usual grouping of such industries is healthcare, education, and the performing arts (us). We’re the “stagnant sector”.

As things in the productive sector get cheaper and cheaper, stuff in the stagnant sector gets more and more expensive (by comparison) to produce. So it gets harder and harder to keep paying artists, teachers, and doctors well for producing, by comparison, less and less. That’s cost disease.

In the popular arts press, cost disease usually gets invoked to justify shrinking the orchestra or firing the dancers. It’s presented as a bogeyman, a bad thing that happens to our field. But it’s actually an observation about relative productivity that touches the entire economy and has implications for everyone, both good and bad. If you’re interested, Baumol wrote a second book during the debate over Obamacare. He talks about what people have gotten wrong about his work over the years (quite a lot), and he talks about how the problem isn’t just with things getting too expensive. There’s a problem when things like guns and fossil fuels are getting cheaper, too.

He makes one brilliant argument about how the forces moving these prices all exist within the context of a single economy — the rate of inflation governing all of this is an average of all the prices. No matter how high the costs of healthcare, education, and the performing arts grow, we can afford them as a society. Maybe we can’t afford them as individual businesses, but with enough political will, we can have the things we want.

There’s one thing Baumol doesn’t do–and I haven’t seen any other economists do it either–and that’s extend this work into the realm of the individual artist. Honestly, we’re too small a segment of the economy to get that much attention.

It’s well established how cost disease forced us out of the institution and into working on our own. But once we got here, Baumol kept being useful. Because suddenly, we were like big orchestras with mixed staffs of productive office workers and stagnant musicians. As independent working artists, we’ve got our artistic practice (stagnant and not being made faster by technology), and all the extra administrative work that we didn’t have to do before, like marketing, finances, taxes, business incorporation, etc., etc. (productive and being made faster by technology).

Baumol does provide a good account of businesses like this, with mixed inputs, including orchestras and individual artists: we’re called “asymptotically stagnant.” That is, as the productive stuff gets faster and faster over time, it will shrink to practically nothing as part of our cost of doing business, and we’ll eventually become mostly about the stagnant side: in our case, the actual art.

Publishers are a great example to show how this works. Originally, publishers were important because they had the means to print paper. They owned the machine. That made them important and powerful. They also had a bit of a distribution network and a promotional system, but that was less important than the engraving and printing. Over time, the cost of printing has dropped. Now most of us can make professional-level scores ourselves, and we can play with PDFs off of tablets. But publishers are still important, although more for their distribution networks and marketing capacity than for the actual means of production. The cost of the physical printing has dropped so low that it’s a negligible fraction of the cost of running the business, or of the value publishers add; the only thing left is the human labor part: that network. It’s taken a long time, and the process isn’t finished, but it is inevitable: the part of the work that can’t be automated will be all that’s left. 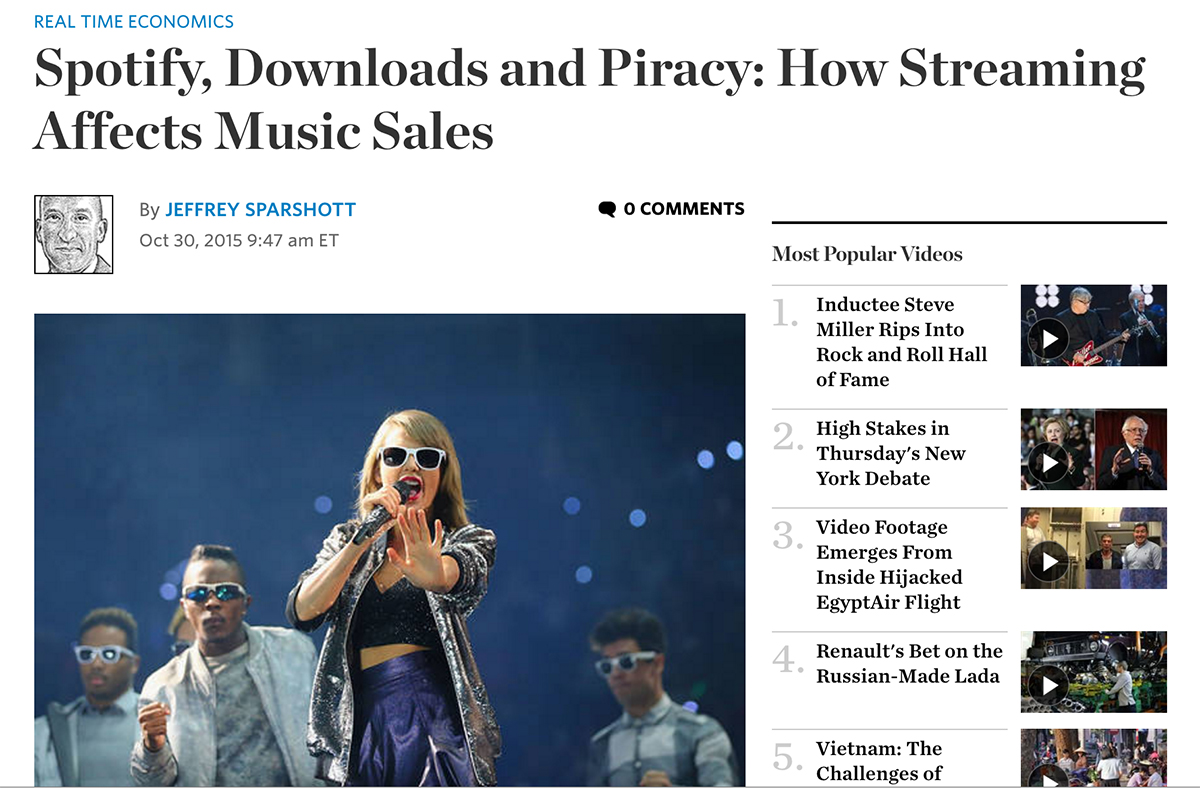 It’s not just publishers, either. Most of the businesses that artists encounter as counterparties in our lives are being strongly influenced by the relative productivity changes that Baumol describes. Record labels, venues, agents, merchandise makers, PROs, orchestras: everyone’s getting their business models messed with by the same economic forces, and when one of these institutions starts to implode, as happens all too frequently, we can use cost disease to tell a quick and dirty (but very useful) story about what’s going on.

All you have to do is sort the things that institution does into two piles: stagnant and productive. Once you’ve done that, you know what’s getting cheaper and what’s getting more expensive. This can explain very dramatic changes, largely because of how powerful compound interest is. The difference between a 1% growth rate (below inflation, so getting cheaper in real dollars) and a 3% growth rate (above inflation, so getting more expensive in real dollars) can get very big in just a few years and lead to dramatic consequences. This is possibly my favorite feature of cost disease analysis: you don’t need to know what something costs, or even in most cases how fast its price is changing. You just need to know whether it’s automatable or not, and that tells you whether the price is going up or going down. That’s really all you need to know. Then you can usually tell where the pressure is coming from, and what someone’s trying to do about it. This can help you read the news, and it can help you figure out when the person you’re negotiating with has a weaker position than they’re letting on.

Individual artists are like that, too. Our artistic practice will never get more productive, but everything else can get faster and faster and faster over time thanks to technological advances. This leads to one of the first lessons of cost disease for individual artists: expect the way you do office work to change rapidly. You’re not going to find the right tool for travel booking or promotion early in your career and have it be the best tool for your whole life. We can keep our art-making habits the same, but our business habits should change.

We even know something about how they’ll change: they’ll get cheaper. Instead of buying an ad and printing signs, we can send emails and host a website on a cheap server. Instead of paying a travel agent, we can use an interlocking set of search sites and calendar applications to organize tours. And while we still might need to pay an accountant with experience in the arts to do our taxes, we can make that job faster and shorter by documenting our accounts with metadata in something like mint.com. And we can expect those things to keep getting cheaper and faster over time.

There is a part of our marketing work that won’t get faster, though. In truth, marketing and communications have components in both the “stagnant” and “productive” sectors. We still have to write the email, even though we can inexpensively send it to thousands of people. There’s a core of communication that isn’t going to get faster, even though new telecommunications technology has changed pretty much everything in the last few decades.

When we look at those non-art making tasks and see their financial costs going to zero, we can start to see what’s really important in deciding how to do these things: time. You’re not investing dollars in that new ad campaign, but the time you’re committing to it is more important, and increasingly expensive. So when you’re picking a platform to promote yourself, think about how easy it is for you emotionally to use Twitter or Tumblr or Pinterest or whatever comes next, because if you commit to a platform you hate, you’ll be wasting all that time psyching yourself up to post, instead of naturally taking an Instagram photo of your lunch without giving it a second thought.

As artists we have very unpredictable financial lives. But we know that our weeks will have the same number of hours in them for the rest of our lives. So when we make long-term plans, it’s a lot more effective to base them on the time we have than the money we hope to earn.

Most people go through their careers at regular jobs earning an average of 4% more per year over the course of their lives. That’s how our economy prices labor. That’s how much more valuable our time gets year by year, and that’s how much our pay should be growing: significantly faster than the 2% inflation target set by the Federal Reserve.

For me, that’s a strong way to advocate for the arts. I don’t like to base my arguments on increasing test scores, economic development, or personal enrichment–although those things are awesome and do come from the arts. When I’m forced to justify the arts in a narrow outcomes-based context I feel like I’ve already lost, because the reason art is so interesting is how hard it is to pin down to just one dimension.

I like to argue like this: we need to make a commitment as a society to paying health care workers, educators, and artists enough to support them as well as any typical worker in our society. Baumol’s analysis shows that we can have as much of these things as we want. We just need the will to commit to paying for them.