Why I Make Music

When Nick Norton tells people he’s a composer, the conversation usually turns to the music itself. The one question that no one ever seems to ask, however, is “why?” 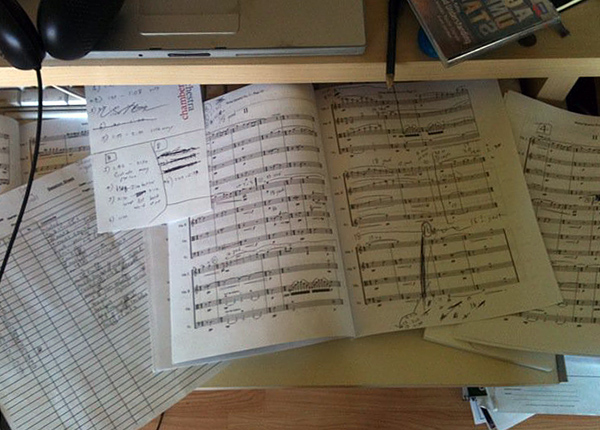 Most of the time I take it for granted that I’m a composer. When I tell people that that’s what I do, the conversation usually turns to the music itself (“oh, so soundtracks?”) or to the sometimes-tricky financial side of the equation (“right, but what’s your job?”). These questions are similar to what I concern myself with in the day-to-day of it, too: What project needs attention? How does this transition sound? Are parts going to be ready in time? Who can I get to pay for this flight? The one question that no one ever asks, however, is simply “why?”

I don’t mean this in a condescending way, but in a curious one. What is it about making art that drives us to pick a path in life that involves thousands upon thousands of hours of dedication, serious financial risk, and, in many cases, rejection after rejection after rejection? This is not to say that you can’t make music as a hobby or just for fun and self-enrichment, but that’s not the way that I’m currently pursuing it. For me, there are quite a few answers to this question, which make themselves felt to varying degrees at different times. They all play a role, though, and they add up to something that, for me, makes it worth fighting through the struggles (both artistic and personal). Here’s why I make music:

Making music excites me, more than almost anything else I’ve ever experienced.

While growing up I’d always planned on doing something in or with music, but I can pinpoint the exact moment that I decided that something was composing. It was while hearing the third bar of the first piece I ever wrote for someone else to play. As an undergrad, I had started out as a double major in guitar and political science and had always written music for my bands, so I decided to take an introduction to composition course with Harvey Sollberger. Our first assignment was to write a short piece for flute, using only five pitches, which he would then workshop with us and perform. I spent the week coming up with something that I’d probably now find pretty dull. It didn’t matter. On the second beat of the first bar I was totally enraptured. I had an idea in my head, and now it was being turned into something real in the world. This was not considered a miracle? Somewhere in the second bar I did some calculations, thought about what I’d enjoyed in life thus far, how much I hate having a routine schedule and how much I like working with people, and on the downbeat of the third decided to change my major and abandon any plan B. No plan B makes me feel the way that creating music does.

I have some kind of artistic impulse, and I love introducing people to new things. Music is just the thing that I am best at.

I love to introduce people to new experiences—I worked as a tour guide in college, am pretty obsessed with finding craft beers that people who say they don’t like beer end up loving, and get a surprisingly similar kick out of making a mixtape for someone as I do from inventing my own sounds. Music is the thing that I’ve spent the most time with, and have the most experience in, so that aspect of my personality most often manifests itself in composing. Now, the things that get my mind going, and that I want to explore, could be equally well dealt with in any medium. I’d likely be just as satisfied and excited making visual art, but I’m a terrible painter. Music is my most developed skill, so it makes sense to me to use it to do the things I want to do.

Music has done so much for me. I want to do that for someone else.

This is more of a social answer than a musical one. When I was growing up, I was kind of a nerd or loner or whatnot. We moved a couple of times, and the town we ended up in placed a lot of value on adolescents’ athletic abilities and/or how hard they partied. I went a lot of years without a lot of friends, until I found the (rather small) neighborhood punk scene. Before finding it, I always had music to hang out with and work on, and after finding it I discovered that I wasn’t alone in my feelings and could use a shared interest in music to connect with people. There were even songs about just that, and I’d always read interviews with guys in little-known bands where they said, “if one kid [listener, regardless of age] connects with something in our music and finds something he can relate to or that makes his day a little better, we’ve completely succeeded.” I wish I could tell a lot of those guys how much what they did meant to me—I did write John K. Samson a letter once, and he actually wrote back!—and I do truly hope that I can do that for someone else.

There’s war and global warming and terrorism and corporate greed and student loans and corrupt cops and terrorism. The universe is probably meaningless, and we’re basically all screwed. Music is nice.

Why not, really? I’d rather be playing guitar or putting together a concert than fighting a losing battle against spacetime. 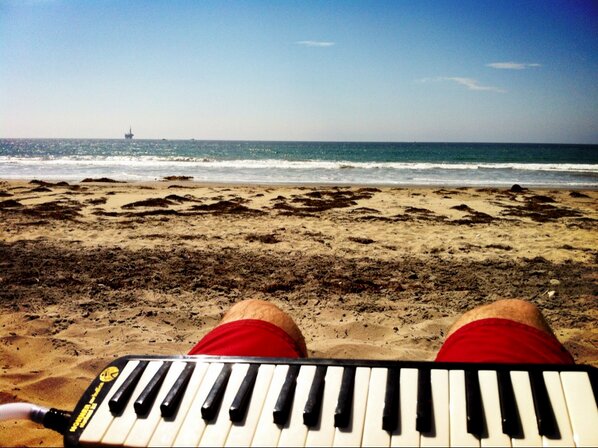 *
In re-reading these answers, the one that might not come across, and needs to be emphatically added, is that I love the stuff. I love making it, and I love listening to it, and I feel insanely lucky that our society makes it possible for me to pursue those things instead of pursuing subsistence. We have an extremely small amount of time in the universe. Spending it doing stuff that I don’t love just seems like a shame, and enough of a shame that I’m down to work myself to the bone to avoid it.

Onward, then. I’ve got a piece to finish.