Like many Southern Californians, my personal history has been touched by echoes of Los Angeles’ pop culture past. Family stories include the composer of “When you Wish Upon a Star” babysitting my father, my great-grandfather playing the latest Hollywood hits (as well as Klezmer) on clarinet, and another great-grandfather lured by the promise of Columbia Pictures—not as an actor, but as an electrician. However exotically portrayed, the pop industry’s machinations here are quotidian, a bread and butter background for many who call this place home. And, perhaps like many composers who grew up grumbling about this pop culture backdrop and who are now witnessing the flowering of an LA new music community, I am wondering how we got here.

For this series on new music in LA, I’d like to investigate and invite feedback on the role of the composer in this city in particular, and trace the background of this cultural phenomenon—from the days of European émigrés who took to Hollywood with varied levels of enthusiasm, through the dystopia of Mike Davis’s City of Quartz (our “peculiarly infertile cultural soil, unable to produce, to this day, any homegrown intelligentsia”), through today, a Los Angeles that seems poised to define new music in America, or at least a new way of presenting it.

So, what exactly is going on here? While the LA Philharmonic has been lauded as a bastion of institutional innovations since the middle of the last century, these experiments have always seemed, to me, to occur in a vacuum, hardly touching the larger cultural landscape. Now, a grassroots new music community (or as “grassroots” as anything which is tied to higher education can be) is in a true dialogue with the larger artistic culture, and the promise of the LA Philharmonic to make Los Angeles a contemporary musical destination seems to have finally taken root. An LA aesthetic has emerged, and I can’t help but notice a bit of pioneering Wild West in the raucous brew. Simultaneously collaborative and independent, the film set of our city seems to foster a wild creativity that grows everywhere, rather than privileging the genius-hero myth. There’s an undeniable energy afoot, and as the same core musicians bounce from project to project, it’s inspiring to watch a collective style evolve: finally we seem to have moved from our oft-maligned laidback attitude to something more bright-eyed and vital.

It’s hard now to find a week in which you can’t hear something new—really new—in Los Angeles. wild Up and The Industry present ever-more spectacular feats as they expand the boundaries of what opera and intermedia collaboration can be. Inventive new music series are springing up across the city, from WasteLAnd to MonkSpace, People Inside Electronics, Equal Sound, the Wulf, and on and on and on. And many of these groups are “entrepreneurial”—not under the auspices of major institutions, but rather informing them. wild Up has teamed with the LA Phil for the Grand National Composers Intensive, and the Industry is teaming with the LA Phil to develop unique opera projects. More importantly, these concerts and organizations are having an impact on the national conversation about the potentials of new music, as Alex Ross noted in his 2015 new music roundup which included a disproportionate number of Angeleno composers.

It wasn’t always this way. It’s hard to believe that Los Angeles was once a backwater called “Queen of the Cow Counties” for its role in supplying the much wealthier and more developed San Francisco with beef. Or that half a century later the city had turned from “toughest town in the West” to a roaring dream factory, its very existence sold as part of the mythos. If America is a place that went from barbarism to decadence without the usual intervening period of civilization, the Los Angeles of the early 20th century must have seemed an intensification of this phenomenon.

In other cities, the impact of the past might be taken for granted, its influence fluid, but more or less publicly circumscribed. In Los Angeles, the past is oddly prominent in the undying appeal of Hollywood, and yet in other places, seems completely hidden, subsumed by our zeal to tear down or pave over, as gentrification’s disruptions rip the past apart. In a city simultaneously private and public, how can we tell what parts of the past belong to us all, and what is only part of a single story? Does the dream factory affect new music at all, aside from being a source of session work or editing jobs? I’d argue that it does, and that the unique cultural ferment of Los Angeles, its Wild West emphasis on individual freedom, its raw cultural melting pot comprise a subtle but crucial backdrop to our experiments on the musical frontier. 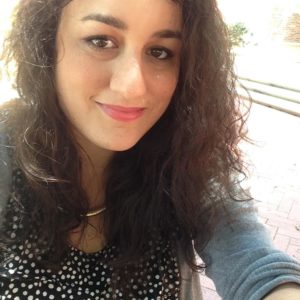 Alicia Byer is a composer, improviser, and bon vivant from Southern California. She studied composition, improvisation and electronics at Mills College, and continues to follow the promise of new music wherever it leads.