When I suggest to undergrads that they should take what is now called a “gap year,” the first question they blurt out is, “What will I do?”
“Get a job,” I say.

In the spirit of creating my own artistic future, I may have decided to move to Vermont from Los Angeles immediately after graduating from college. (Yes, Vermont, the Green Mountain State, not Vermont Avenue in Los Angeles, the place where my parents thought I was moving.) Random? Yes. Crazy? Most certainly. But here is what happened.

After the supposed devastation that was “failing at composing” while an undergrad (that is, not winning young composer awards, not obtaining good recordings of my work, and not applying to good graduate programs), I decided to take a break from school. Admittedly, this was quite a bit scary: all of my other composer friends were going off to prospective graduate schools (and good ones, might I add), and most importantly, it was my lifelong goal to complete my education. What was most scary about this romantic notion of leaving Los Angeles was that I wasn’t exactly sure what to do when I arrived in New England. In fact, when I suggest to undergrads that they should take what is now called a “gap year,” the first question they blurt out is, “What will I do?”
“Get a job,” I say.

I know this sounds scary, but it’s the logical thing to do. I ended up living in Vermont for four years, and honestly, it was the best thing I did for my career. Even though I didn’t write much music, I stayed active: I conducted a church choir, accompanied and taught students at a Waldorf school, and helped produce concerts for the Vermont Contemporary Music Ensemble. And after four years, the beckoning from my past became too strong to avoid any longer.

And so I started the dreary process of applying to graduate schools. I was hoping the recordings from my undergraduate recital of four years ago would still be relevant. I was also hoping that the two pieces I had written in the course of my four years in Vermont would be substantial enough for a portfolio. So, fingers crossed, I applied.

And then I was rejected from most of my graduate school choices.

Fortunately that school in Cincinnati decided to take a chance on me. Ultimately I decided to enroll since they gave me a good scholarship, and I thought the campus was not that bad.

In hindsight, I’m quite thankful the other graduate programs rejected me since living in Cincinnati has helped me as a composer far more than winning any composition competitions. I didn’t know it at the time, but living and composing and staying musically active in a major American city (possibly outside of New York or Los Angeles!) can do wonders for a composer. 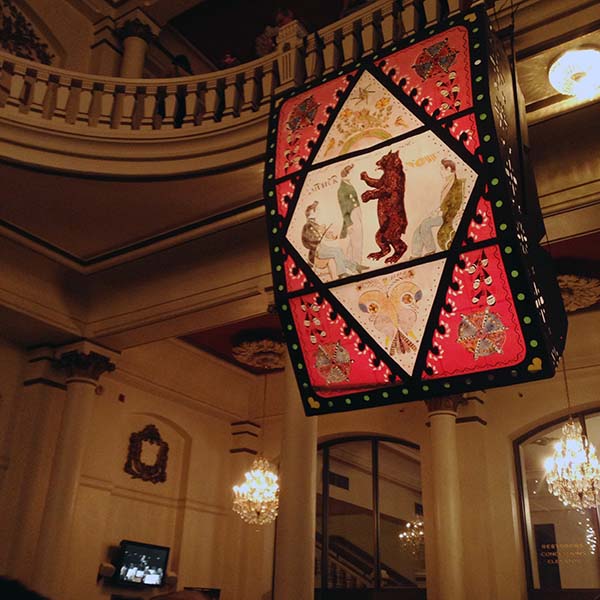 When I first moved to Cincinnati in 2007, I was a little underwhelmed. The town was slightly run-down (the 2001 race riots are partially to blame for that) and dreary (the 181 overcast days don’t help either). This city also had a small-town feel to it, which was something I wasn’t used to as an Angelino. And it seemed my only connection to the Queen City was that Carson Palmer, then quarterback of the Cincinnati Bengals, was quarterback of the USC football team during my undergraduate tenure.

However downtown Cincinnati—or Over-the-Rhine as the neighborhood is called—was making a little bit of a comeback. By 2012 (five years after I settled), the neighborhood was home to an influx of young professionals, and hip restaurants and shops were popping up on Vine Street. And with this revitalization, I concurrently learned that Cincinnati has a rich musical and cultural history.

As a Californian, I had no idea that the Cincinnati Symphony premiered Aaron Copland’s Fanfare for the Common Man. Or that the Cincinnati Opera is the second oldest opera company in the nation, or that the Contemporary Arts Center is one of the first contemporary art institutions in the country. Furthermore, the city has made a vested effort to provide the public with new music. Most recently we had premieres as part of the MusicNOW Festival by Nico Muhly and David Lang; Lang in his piece mountain was actually inspired by Cincinnati’s commissioning of Copland’s Fanfare for the Common Man.

concert:nova percussionists perform Musique de Table by Thierry de May
How is this relevant? The combination of a revitalized downtown, the ample cultural history and resources, and the small-town feel of the city (in other words: talented performers are nice here and are willing to talk to you) makes for a fertile creative ground for us composers. My composer friends and I know performers in the Cincinnati Symphony Orchestra, and sometimes we chat with them after a concert. Some of us composers know chorus members of the Cincinnati Opera since many of our singer friends are hired by that institution. Some of us know Drew Klein, performance curator for the Contemporary Arts Center, who recently had TRANSIT and Roomful of Teeth stop by the Queen City. And on a micro level, Ixi Chen of concert:nova and Laura Sabo of Classical Revolution Cincinnati have been doing a fantastic job with their contemporary programming and have reached out to local composers.

In other words, if curating your own musical future supposedly takes you away from your original plans, don’t fret: it all works out in the end, especially if you make the most of where life takes you.

A performance of my Krispy Kremes and Butter Queens opera at Classical Revolutions Cincinnati.