What the Optics of New Music Say to Black Composers

The absence of music by black composers in concert programming and academic institutions tells them that they are not wanted, no matter how much success they gain. The new music community has not only the responsibility, but also the incentive, to change this.

It has been more than six months since Helga Davis gave the keynote speech at the 2018 New Music Gathering. After a brief opener, she quoted August Gold—“If you want to know what you want, you have to look at what you have.”—and then proceeded to ask the audience to “look around the room, and see what the composition of [the] room [says] about what we want.”

Based on her challenge, we can ultimately conclude the following: if attending a music event and the people in the room of the event comprise mostly white cisgender men, then the greater collective “we” simply does not want people who are not white cisgender men to participate.

As a frequent attendee of new music events around the world, I often feel as though the presence of people who look like me is not wanted or is merely tolerated.

As a frequent attendee of new music events around the world, I often feel as though the presence of people who look like me is not wanted or is merely tolerated, but for me this feeling arises mainly from observations of concert programming. After I attend concerts of music solely by composers who fit that expected image, the message “black composers have not composed music good enough for us to play or for this stage” is inevitably evoked within me. Every time. In observing the greater world of classical music, the father of what we refer to as new music today, it is no wonder why black composers do not feel wanted. Classical music did not escape the greater social construct of racism and patriarchy, which is why composers such as Ignatius Sancho, Chevalier de Saint-Georges, Blind Tom, Florence Price, Margaret Bonds, William Grant Still, and plenty more are usually only studied in non-required specialized classes. Why not, for example, include Chevalier de Saint-Georges in a general music history class? After all, his career begins before Mozart’s (who utilized one of Saint-Georges’s melodic gestures in the finale of his Symphony Concertante in E flat Major, K364), his orchestra did commission and present the world premieres of the six Paris Symphonies by Haydn (all of which Saint-Georges conducted), and his own music was highly praised during and after his life. Yet his and other black composers’ non-existence in academic institutions tells black composers that we are not wanted, no matter how much success we gain. New music has done very little to change the expected optics of classical music, which is why new music’s identity problem is what it is today. Moreover, despite the recent increase in conversation about female, non-binary, transgender, and BAME/ALAANA/diverse composers, the programming of these composers has not significantly increased.

For many of us, there is a frustration. On the one hand, if the optics of new music are sending unwelcoming messages, then the next generation of would-be black composers will most likely not pursue composition. On the other hand, the general mistrust and falsehoods that exist within the new music community are already quite high, as evinced by #MeToo-related reports, countless social media posts and private conversations/confessions, stories of professors psychologically abusing their students or mis-teaching their students through their lack of honesty and inability to convey important messages, and more. Discussions about the semantics and accrual of commissions amongst composers of all levels are few and far between, and consequently the underpayment or non-payment of composers for new works occurs more frequently than what may be imagined. Professional recommendations for opportunities do not happen nearly to the extent that they could for all composers, and all of these injustices disproportionately affect black composers. Additionally, the number of ensembles directly reaching out to black composers is not significant enough to noticeably bring these composers parity. There is also a trend that places the music of black composers mostly in themed concerts, more often than not related to social justice or for Black History Month. While this is not necessarily negative, the injustice arises when absolute music or music with non-social themes by black composers is overlooked. In sum, we are not one-trick ponies.

It must be noted that it is impossible for me to comment upon every smaller, interior facet of new music with regards to such behavior; there are certainly localities and communities which are more welcoming, open, and inclusive than others, and I would love to learn more about this work that is being accomplished. However, if the aforementioned reality is true for any composer (as it certainly is for me), then the new music community not only has the responsibility, but also the incentive, to change. How, one might ask? There are some EXTREMELY simple steps: 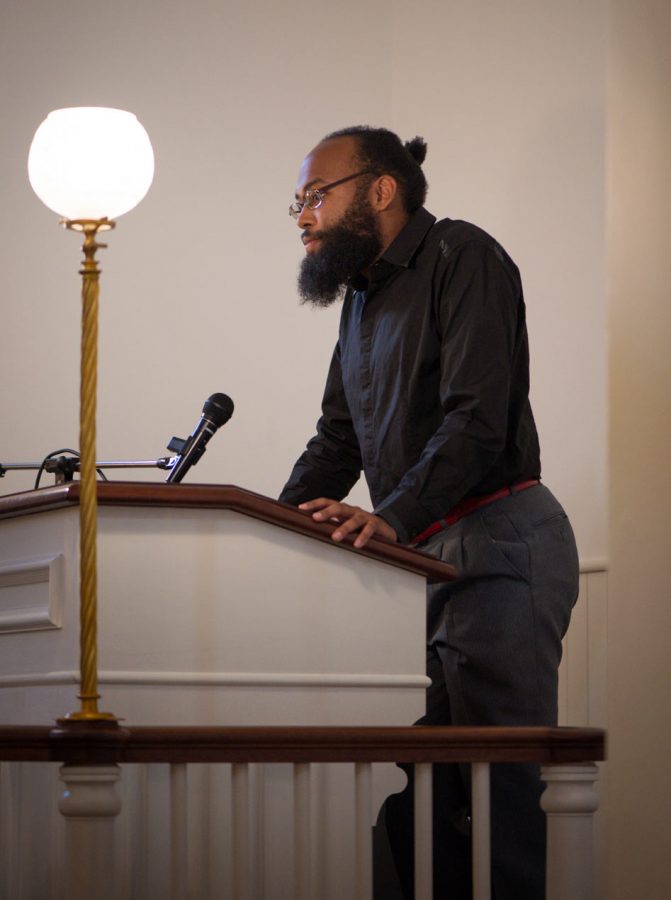 1) If you are an active soloist or are in or run an ensemble of any size, program music by black composers. Program all of it, not just the “socially aware” music. Program it as part of events that happen in months other than February or March. Arrange portrait concerts. Arrange a non-“social justice”-themed concert and program works by black composers which fit this theme, and don’t make a big deal about the identity of the composers. After performing these works once, perform them again, and again, and again, for many years. Make them regular works on concerts. Give them to your students to study.

2) If you do not know any music by a black composer, create a playlist and have weekly listening sessions. Listen often. Listen to music that you do not like. Find music that you like and love. Engage with it critically, but respectfully. Mention black composers in conversations; when you are talking about how cool Gunther Schuller was, don’t forget Ed Bland or Julia Perry. When you are talking about how cool Chaya Czernowin is, don’t forget Tania León and Marcos Balter.

3) Share what you know and what you have learned about black composers. Outside of sharing this information with students and in conversations, write blog posts. Write articles. Make vlog posts and podcasts. Make memes and post them on your social media channels. Share stories and information and anecdotes on social media and other platforms. Share YouTube and Vimeo videos of performances and interviews. Hold listening parties. Spread the word about helpful resources, ensembles, organizations, and other entities doing such work in a powerful, significant way. Encourage people in your community to engage with this work, and be curious.

4) Demand more from your musical sources. Write to your radio stations, to your favorite YouTube channels, to your favorite ensembles; ask your teachers to include more music by black composers in the theory classroom, in the history classroom, in your private lessons. Those who have power will not know what the demand is until the demand is made. If there is really a demand, then make it known.

5) Support black composers and the soloists, organizations, and ensembles that program their music. Castle of our Skins (of which I am a co-founder) is one of a handful of organizations whose seasonal programming regularly consists of at least 90% music by black composers (as attested by its repertoire list), and it is, contrary to popular business-model or donor-related expectations in music, a successful organization. If you are in a position to commission or create an opportunity for a composer for a project, consider reaching out to a black composer, then work with that composer, support that composer financially, professionally, and emotionally. Do not give up on that composer, because perhaps that composer already feels abandoned by the new music and classical music communities.

6) When a black composer is expressing a grievance, listen with all you have. While conversations about black underrepresentation in classical music are generally positive and well-meant, such conversations are almost pointless if they do not include the voices of black people. Trust these voices. Be critical, but respectful. Engage in exchange. Be patient. We want to talk, but “it’s a privilege to be able to critique without professional fears.”* At one point in my life, I did not have this privilege. Perhaps I still do not have it. But when our work is blatantly ignored, disrespected, not studied, and not programmed, our voice is all we have.

Lastly, remember to keep Helga Davis’s challenge within you at all times. When you are at a music event, especially a new music event, look around, see what is missing, and ask yourself what that says about what you truly want.

* My first encounter with this phrase was in the article: “Classical music’s white male supremacy is overt, pervasive, and a problem,” by Daniel Johanson, for Scapi Magazine, February 18, 2018. This article has since been removed from Scapi, but appears on other websites in various formats.