What is Xenharmonic Music?

Using a different number of notes per octave, it is possible to write new music with new harmonic relationships that humankind has never heard before.

One might think that by this day and age, musicians on the whole have explored just about every aspect of music and pushed every thinkable musical boundary. Over the centuries, and especially in modern times, composers have experimented with every crazy rhythm, every unconventional time signature, every possible chord and chord combination, and every exotic new sound using every possible synthesis technique and sample manipulation. But one aspect that most musicians overlook is the prospect of using a completely new tonality–a different number of notes per octave.

Imagine squeezing extra keys in between other piano keys, or scooting the frets on a guitar closer together or farther apart and attempting to make music with it. It would be impossible to play any standard songs because the normal notes and note relationships have been shifted. “Xenharmonic” is the generic term that we use to refer to scales that have more, or less, notes per octave than our standard twelve-tone tuning. The pitches in xenharmonic scales are either too close together or too far apart to fit any familiar melody we’ve ever known. However, it is possible to write new music with new harmonic relationships that humankind has never heard before.

It is possible to write new music with new harmonic relationships that humankind has never heard before.

In the early ’80s, I was a curious teenager getting into writing pop songs. I had that typical feeling of wanting to push the boundaries. The tools of the time, for the most part, offered limitless potential. The sounds that came out of my synthesizers seemed unlimited, and clearly there was nothing stopping anyone from composing any possible rhythm. Nothing was stopping any musician from inventing new musical genres. I had no qualms about writing weird chord progressions and unnaturally leaping melodies to push the boundaries of pop music tonality. Being weird fit with the times after all.

But during the course of composing two music albums, I began to feel the monotony of using the same twelve notes over and over, no matter what quirky combinations I came up with. And that felt like an actual boundary. It was such a hard boundary brainwashed into my musically trained mind that I’m not sure I realized it was an artificial one. It felt more like an inevitable law of physics. After all, there were only twelve notes that I knew of in the world. There were twelve notes per octave on pianos, electric keyboards, guitars, and most instruments in the Western hemisphere. There were twelve notes per octave on any sheet music that I had ever seen. Surely there was a fundamental scientific reason for it.

It’s true that I could slide to any note with my voice or cello, and my mom could slide notes on her viola and even do some cool slides on her clarinet. But anyone with any sense would surely land on a regular note after inserting a bluesy slide here and there. I recall asking my mother, “What about the notes in between piano notes?” She explained that of course there are an infinite number of pitches, but that for historical and acoustical reasons a twelve-tone scale was derived long ago and we have used it ever since. So pianos and most other instruments are fixed in that tuning. Mom’s answer was satisfying enough–until some years later when I was hit over the head with xenharmonic music!

At Berklee College of Music in 1990, my professor, Dr. Richard Boulanger, played and sang a piece he had written in a xenharmonic tuning. My professor’s music washed over me like an exotic alien atmosphere, and my hair stood on end. I decided almost instantly that I would never write in a twelve-tone tuning ever again. I didn’t entirely keep that promise to myself, as I inevitably experienced the difficulties involved in re-tuning my synthesizer sounds, the fact that any new tuning was unrelated to the black and white keyboard pattern, and the bewilderment of writing music with no theoretical knowledge of the tuning. I had spent my life learning “music theory,” and there was no theory that I knew of for any other tunings. For all these reasons, it was much faster to write with only twelve tones. But eventually I would come to write exclusively in xenharmonic tunings.

I started with 19 notes per octave since it contains 12 notes that closely resemble our regular tuning. That makes it easier! I tried the Bohlen-Pierce scale. I tried 10 notes per octave, 16, 17, and—to my horror—13. I have been composing xenharmonic music for more than 25 years and haven’t even tried all of the tunings I’d like to try. It’s an endless universe. 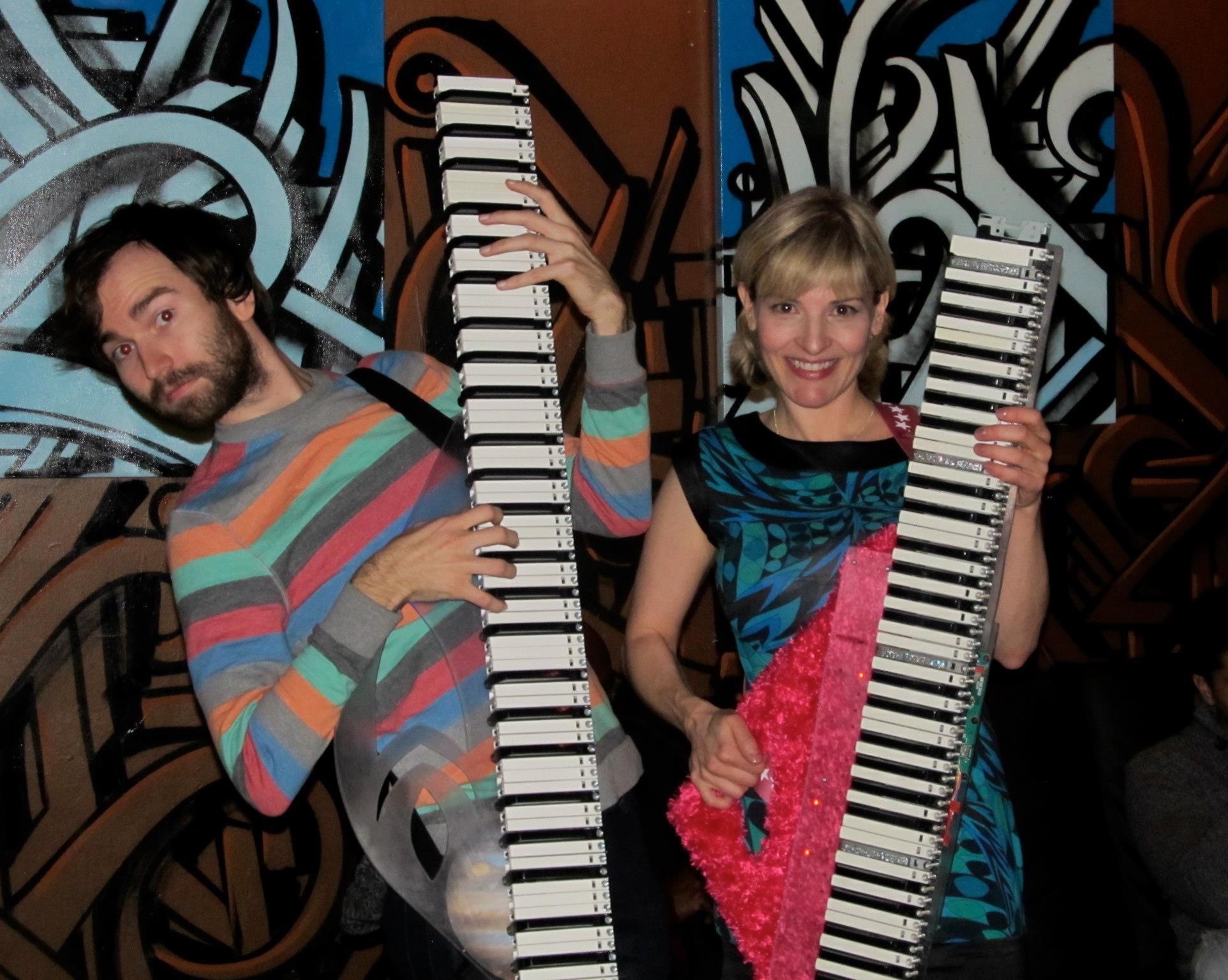 Take some time now to listen to some xenharmonic music to let the very idea of it sink in. In my long experience of subjecting new listeners to xenharmonic music, I find that it usually takes 30 seconds to a minute for someone’s ears to relax enough to accept the new notes and chords. Some begin to enjoy the music at this point, and some reject it. Some hear it as amazing notes from outer space, some just hear it as “normal,” some hear it as being out of tune, and some are utterly repulsed by it. I assure you, this music is indeed fully in tune, according to the scale it is written in. But it can be a shock to uninitiated ears.

Sean Archibald and others:

Like everything else, we are all different in the way we perceive music. When I was getting my master’s degree from New York University, I conducted a number of listening tests for a particular xenharmonic tuning. The subjects were asked to listen to a series of chord progressions and rate how well each one resolved, whether the first and last chords sounded like a tonic, how well they could decipher a key change, etc. They were also asked to rate similar aspects of composed xenharmonic music. The opinions on almost every question were all across the board. It depends on what we’re used to, what culture we are from, what musical styles we’re into, whether we are musically trained, whether we have perfect pitch, and generally how musically open-minded or adventurous we are. Psychoacoustics is a very complicated field.

There are enough musicians in the world composing music with twelve tones that the world does not need me to write more of it.

The way I see it is that there are enough musicians in the world composing music with twelve tones that the world does not need me personally to write more of it. I seem to have a rare knack for composing in xenharmonic tunings, and I am personally drawn to it, so I feel that it’s my calling.

In general, it is the most ignored possibility in musical composition. Western composers over the ages have made many attempts to break out of our tonal system, but usually opted to do so by using unconventional compositional techniques with the same old twelve notes. Twelve-tone serialism, atonal composition, and randomly generated music all manage to completely erase our sense of tonality or “key” that we are accustomed to. But the point of xenharmonic music is not to do away with tonality, but to try new and different tonalities.

Join 2300 other musicians and enthusiasts on the Xenharmonic Alliance Facebook group. 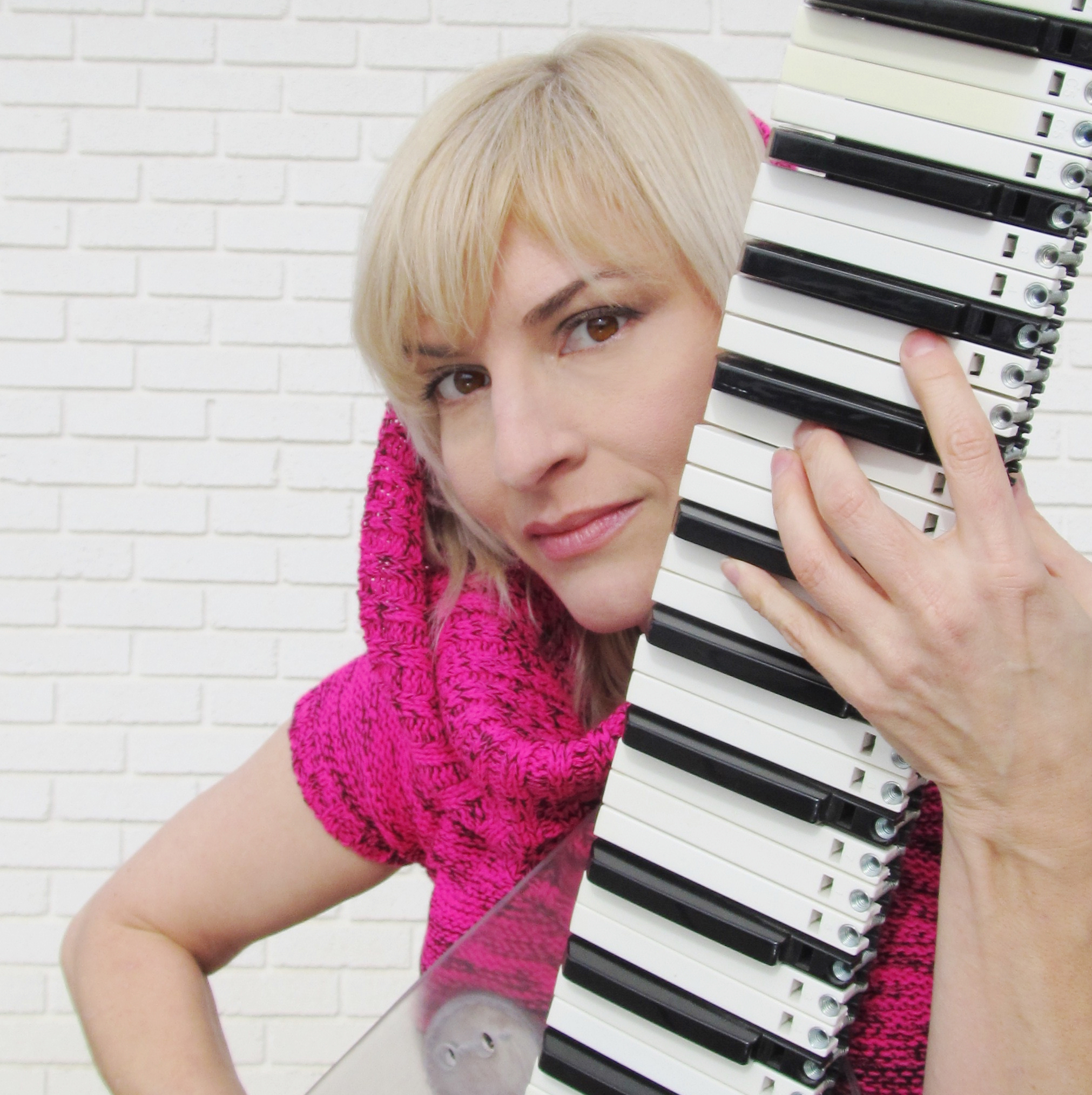 Elaine Walker is an electronic musician, microtonal composer, and builds new types of music keyboards. She is also the author of a physics/philosophy book, Matter Over Mind: Cosmos, Chaos, and Curiosity.