What About Those Great American Symphonies? 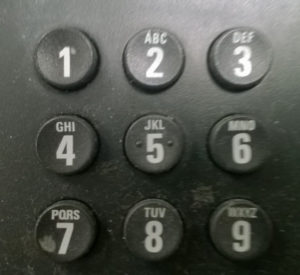 A game involving lists of nine “desert island” symphonies has been making the rounds on Facebook this week, ostensibly inspired by a blogpost from back in January by DK Dexter Haven, although Jim Rosenfield played this same game with me last year at the American Academy of Arts and Letters Ceremonial.

Basically the challenge is to come up with a list of nine symphonies by nine different composers that are titled with the numbers one to nine; un-numbered symphonies are disqualified (which even includes single symphonies by composers who did not designate them as “No. 1”). Since we’re New Music USA after all, I thought I’d further up the ante with a list devoted exclusively to works by American composers. But since I’m also FJO, I couldn’t limit myself to one per number and even broke a few of the rules (as you’ll see)…

1. While I’m extremely partial to Irving Fine’s sole symphony, he didn’t number it so I can’t include it. But it’s still worth acknowledging, as is John Vincent’s sole symphony, John Duffy’s Symphony No. 1 “Utah,” Meira Warshauer’s Symphony “Living Breathing Earth” (which was her first and thus far only symphony), Elliott Carter’s Symphony No. 1 (he actually did number it, even though he composed two symphonies after that and didn’t number either of them), and Aaron Jay Kernis’s Symphony in Waves which retroactively must be considered his Symphony No. 1 since his next symphony was Symphony No. 2. But I’m reserving this slot for Ellen Taaffe Zwilich’s first symphony from 1982, which was the first composition by a female composer to be awarded the Pulitzer Prize in Music (1983). The sticklers may cry foul here since ETZ originally titled the work “Three Movements for Orchestra.” Well, tough…

2. Among the Philip Glass symphonies, I have always had a particular fondness for his Second, which has some amazing polytonal harmonies. I was really torn, however, because I also really adore the second symphonies of Chen Yi and Colin McPhee, both of which are fascinating amalgams of Eastern and Western traditions.

3. Another difficult decision. One of the most powerful live performances I have ever attended was the world premiere of John Corigliano’s Circus Maximus for wind band which he has titled his Symphony No 3, and another Symphony No. 3 for wind band by Vittorio Giannini is also extraordinary. Everyone loves to single out the third symphonies of Aaron Copland and Roy Harris as candidates for “the great American symphony,” but what about the unjustly neglected third symphony of Florence Price, a fascinating African-American symphonist whose works have recently been revived through the efforts of the Chicago-based Center for Black Music Research? Since hers is the least known and is equally worthy, I’ll cede the No.3 slot to her.

4. For once, I’ll go with my gut and choose the Fourth Symphony of Charles Ives which was not premiered in full until 11 years after Ives’s death (when the American Symphony Orchestra under the direction of Leopold Stokowski, with the help of two additional conductors, made its way through this legendary complex score on the stage of Carnegie Hall). The Grateful Dead used to spin the original Stokowski LP recording of that prior to going on stage for inspiration. How can I challenge them on that? This piece was one of the pieces that made me a lifelong devotee of contemporary music. That said, I also have quite a fondness for Lou Harrison’s fourth and final symphony which features narration by Al Jarreau.

5. I’d like to play trickster here and include the Fifth Symphony of Bohuslav Martinů whom some may balk at the inclusion of on this list since he was born in the Czech Republic and he returned to Europe toward the end of his life. But the first five of his six symphonies were all written in the United States during the 12 years he lived here, and that’s good enough for me. If it’s not “American” enough for you, you can replace it with the wonderful Fifth Symphony of Kamran Ince, but since he divides his time between the United States and Turkey and his music reflects his bi-cultural heritage, I don’t offer an easy alternative.

6. Playing trickster once again, I want to give this slot to the Symphony No. 6, subtitled “Devil Choirs At The Gates Of Heaven” by Glenn Branca, which is scored for an ensemble of electric guitars and drums. Folks horrified that I have manipulated the rules here and have thrown in a piece that is not for orchestra (though technically it qualifies) might want to substitute it with the wonderful Symphony No. 6 by Howard Hanson which breaks different rules; instead of being in the typical fast, slow, and ultimately fast mold, it opts for slow, fast, and slow—to great effect. I say go for broke and include them both.

7. I had to choose a symphony by Henry Cowell—he completed 20 and was at work on No. 21 when he died. Folks who only know of Cowell from his inside-the-piano and tone-cluster pyrotechnics might be surprised by the lush Symphony No. 7 from 1952, which is similar in style to his numerous Hymn and Fuguing Tune compositions for various forces. The “Symphony Seven” by Charles Wuorinen (whose symphonic numbering is somewhat confusing since several have no numerical prefix and some numbers he avoided altogether)—is also a worthy candidate here, but sadly it still awaits a commercial recording.

8. One of the only clearly audible tone rows in a composition occurs at the very beginning of Roger Sessions’s Symphony No. 8, a powerful work created during the height of the Vietnam War. Another wonderful Eighth Symphony is the one by Vincent Persichetti—I’m particularly smitten with the voicings in the second movement. I’ll let you choose.

9. But for the ninth symphony slot, I’d like to propose another emotional rollercoaster from the 1960s, William Schuman’s Symphony No. 9 “Le fosse Ardeatine,” a searing work written in memoriam for the victims of the Fosse Ardeatine massacre of 1944. Then again, another really cool No. 9 is that of Irwin Bazelon, but technically it’s his tenth since after his Symphony No. 8, he titled his next one Symphony 8½ and that piece is pretty interesting, too.

10. According to the rules of this game we’re supposed to stop at nine, because Beethoven did, but many important American composers wrote more than nine symphonies and some of their best work is to be found in these higher numbers. I love the 15th Symphony of Gloria Coates, the most recent one I know of, and if I had to choose one of the 67 symphonies of Alan Hovhaness (who really belongs on this list), I’d have to go with either No. 17 for metal instruments (scored just for flutes, trombone, and percussion) or No. 50 “Mount Saint Helens.” For sheer pranksterism, I also feel compelled to include the 67th Symphony of Dennis Busch, a New Jersey-based composer who writes in the style of middle-period Haydn. That one’ll keep folks scratching their heads all night!

I’m sure there’s tons of other worthy stuff I left out, so please tell me what I’ve missed!