The Piano Spheres concert series, a Los Angeles institution dedicated to expanding the repertoire for the instrument, was a risky proposition at first. But the LA new music community has changed in the past 20 years, and the series has evolved right along side it. 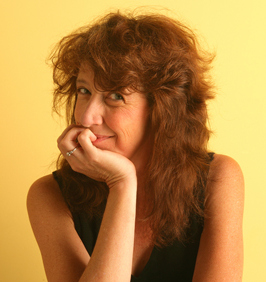 “I believe in composers,” Vicki Ray tells me. This is exactly the kind of thing that could sound like an empty platitude, but she says it with undeniable conviction—and with the track record to back it up, too. Along with Gloria Cheng, Mark Robson, and Susan Svercek, Ray is one of four pianists involved with the Piano Spheres concert series, a Los Angeles institution that is now celebrating its 20th anniversary. Over the years, Piano Spheres has presented 73 premieres (48 of them world premieres), and commissioned 19 pieces through the Leonard Stein Memorial Fund. According to Ray, however, the actual number of commissions associated with the series is harder to pin down, since “sometimes other institutions like CalArts help out, and sometimes I just pay for it out of my own pocket.” (Because she believes in composers.)

Of course Piano Spheres programs older music, too—that is, contemporary music that is no longer contemporary, until we have a better term for this kind of thing. Mark Robson’s recent concert on February 11 covered a remarkable swath of music from the 20th and 21st centuries, including everything from extremely delicate pieces by Beat Furrer, Toru Takemitsu, and Olivier Messiaen, to thorny fingerbusters by Charles Ives and Thomas Adès, whose Concert Paraphrase on “Powder Her Face” sounded something like a diabolical tango buried under layers of dense counterpoint and Lisztian shrapnel. 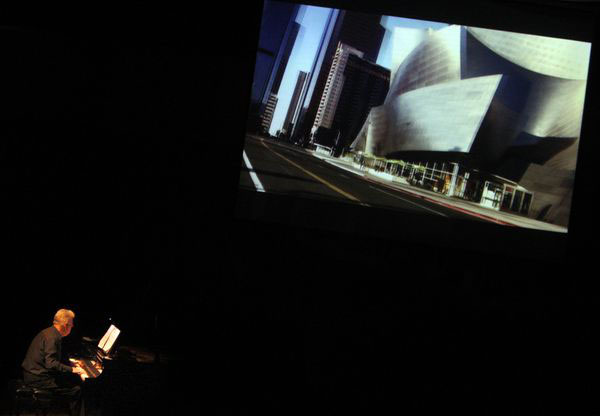 Ray’s upcoming program on March 18, by contrast, is solely grounded in the present. She will play several recent works by living composers, including Hoyt-Schermerhorn by Invisible Cities composer Christopher Cerrone, Six Settings for Solo Piano by local composer and LA Phil percussionist Joseph Pereira, and Donnacha Dennehy’s Stainless Staining. She’s particularly excited to play Dennehy’s music, which doesn’t get a lot of performances on the West Coast, she says.

Ray will also play the winning piece from their spring 2013 audience poll, a new initiative created for Piano Spheres’ 20th season. This poll allowed the audience to vote for one piece from a shortlist of pieces from the last twenty years for each pianist to perform again. When the audience voted for Ray’s own composition, The Waking, her reaction was one of incredulity. “I was shocked, stunned… I swear I didn’t stuff the ballot box!”

This modesty carries over into Ray’s account of how she first became involved in Piano Spheres, the brainchild of musicologist and pianist Leonard Stein. “I had just finished my doctorate, and Leonard just called me up one day and asked me to be a part of it.” She attributes much of Piano Spheres’ early success to the respect and “street cred” that Stein carried within the new music community. (At the time, Stein was also the music director of the Arnold Schoenberg Institute at USC, which did much to promote Schoenberg’s music and legacy in Los Angeles.) 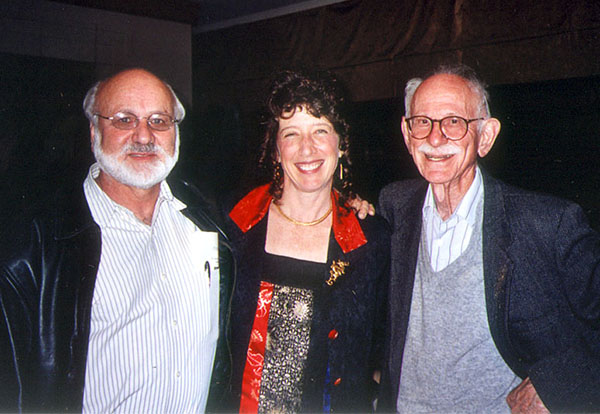 But even with Stein’s participation, Piano Spheres was a risky proposition at first, with the LA new music community being much smaller in those days. Ray vividly describes how things have changed in the past 20 years:

Back then, it was basically the [California] EAR Unit and Xtet in town, and those were the two main new music groups, and then there was the [LA Phil’s] Green Umbrella series, but there wasn’t that much going on, certainly not the unbelievable plethora of small venues that you see here everywhere today. There are so many new groups right now—for example, there’s Gnarwhallaby, and What’s Next Ensemble, and the Hear Now Festival, and all the stuff at Monk Space, and People Inside Electronics, and DC8—and that’s just a drop in the bucket. It just feels like the community’s grown, and it’s more vibrant, and it’s less dependent on big venues and established theories. There’s a lot more self-producing going on.

Part of that vibrancy is certainly due to pioneering groups like Piano Spheres, which started out with a similar DIY spirit. “When we first started out we didn’t have a board, we were just licking stamps and self-producing our own concerts,” Ray recalls. The series started out at the Neighborhood Unitarian Universalist Church of Pasadena, but their audiences quickly outgrew the space, and they soon moved to the Colburn School’s Zipper Hall, where they continue to host concerts today. 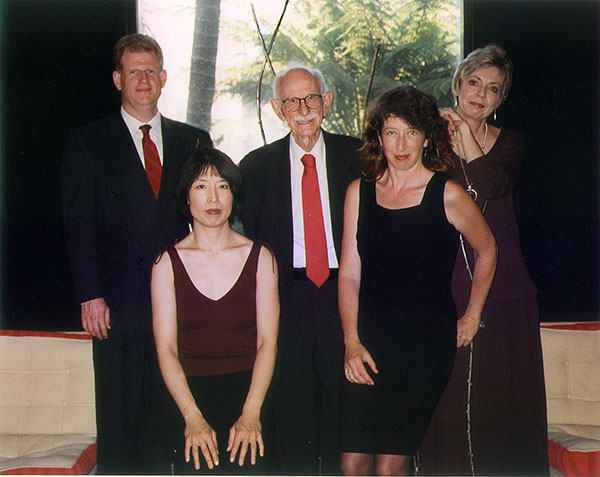 Stein passed away in 2004, just before the series’ 10th anniversary, but by then it had enough structure and momentum to sustain itself. “As word got out, we started to get a lot of solicitations from pianists from all over the world, because there’s really no other series like this.” This allowed the series to host a rotating cast of guest artists from all over the world, a long list that includes Thomas Adès, Kathleen Supové, Christopher O’Riley, Ursula Oppens, Eric Huebner, Joanne Pearce Martin, and Liam Viney.
But as Ray says, “Leonard’s original mission was to showcase pianists from Los Angeles, so that has always been part of the mission. Our main new venture we’re starting is this Satellite Series, where we’re showcasing four younger pianists also from the Los Angeles area. We feel like we want to pass on the legacy that Leonard left us to the next generation.” The inaugural run of the Satellite Series will commence in 2015 with Steven Vanhauwaert, Richard Valitutto, Aron Kallay, and Nic Gerpe as the featured performers.

As for Ray, she has an eclectic range of things to keep her busy in the meantime. Her other performances in the past month have included a gig with jazz composer-improviser Wadada Leo Smith in Mexico City, and a performance with Aron Kallay as the Ray-Kallay Duo at the MicroFest Records Release Party, celebrating the album release of John Cage’s Ten Thousand Things, which earned Ray a Grammy nomination this past year.

When she goes on sabbatical from teaching at CalArts next year, Ray has a few other ideas for things in the works—“I can’t seem to stop starting projects,” she admits. She wants to get back into composing more, and dreams of commissioning a prepared piano concerto from John Luther Adams. She also hopes to start a new local concert series for art song, which would bring her closer to her classical roots as a performer, which she feels often gets overlooked:

You do get pigeonholed…I used to do tons of lieder recitals and traditional chamber music, but people tend to think of you one way, and what can you do? But they inform each other, so you want to keep your traditional sensibility, and your historical link to the past. When I was a student I did standard rep all the time. Now I think if it’s a great piece and I want to play it, I don’t care when it was written.