Lerew’s flagging entrainment of ultradian rhythms and the consequences thereof was commissioned by ACF, along with the works of two other competition finalists–Michael Laurello and Kristina Warren–which were workshopped by So Percussion at Princeton University. 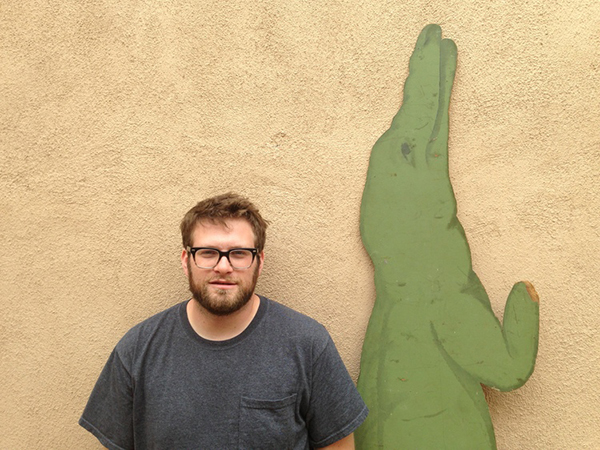 The American Composers Forum has named CalArts student Todd Lerew the winner of the 2014 National Composition Contest for his work flagging entrainment of ultradian rhythms and the consequences thereof. Lerew has been awarded a cash prize of $2,000 and his piece will be toured by So Percussion in future seasons. The piece was commissioned by ACF along with the works of two other competition finalists–Michael Laurello and Kristina Warren–which were workshopped by So Percussion as part of the the group’s Summer Institute at Princeton University and premiered on July 20.


Based in Los Angeles, Lerew (b. 1986) works with invented acoustic instruments, repurposed found objects, and unique preparations of traditional instruments. He is the inventor of the Quartz Cantabile, which uses a principle of thermoacoustics to convert heat into sound, and has presented the instrument at Stanford’s CCRMA, the American Musical Instrument Society annual conference, the Guthman Musical Instrument Competition at Georgia Tech, and Machine Project in Los Angeles. He is the founder and curator of Telephone Music, a collaborative music and memory project based on the children’s game of Telephone, the last round of which was released as an exclusive download to subscribers of music magazine The Wire. His solo piece for e-bowed gu zheng, entitled Lithic Fragments, is available on cassette on the Brunch Groupe label. His pieces have been performed by members of the San Francisco Symphony Chorus, the Wet Ink Ensemble (New York), the Now Hear Ensemble (Santa Barbara), and the Canticum Ostrava choir (Czech Republic). 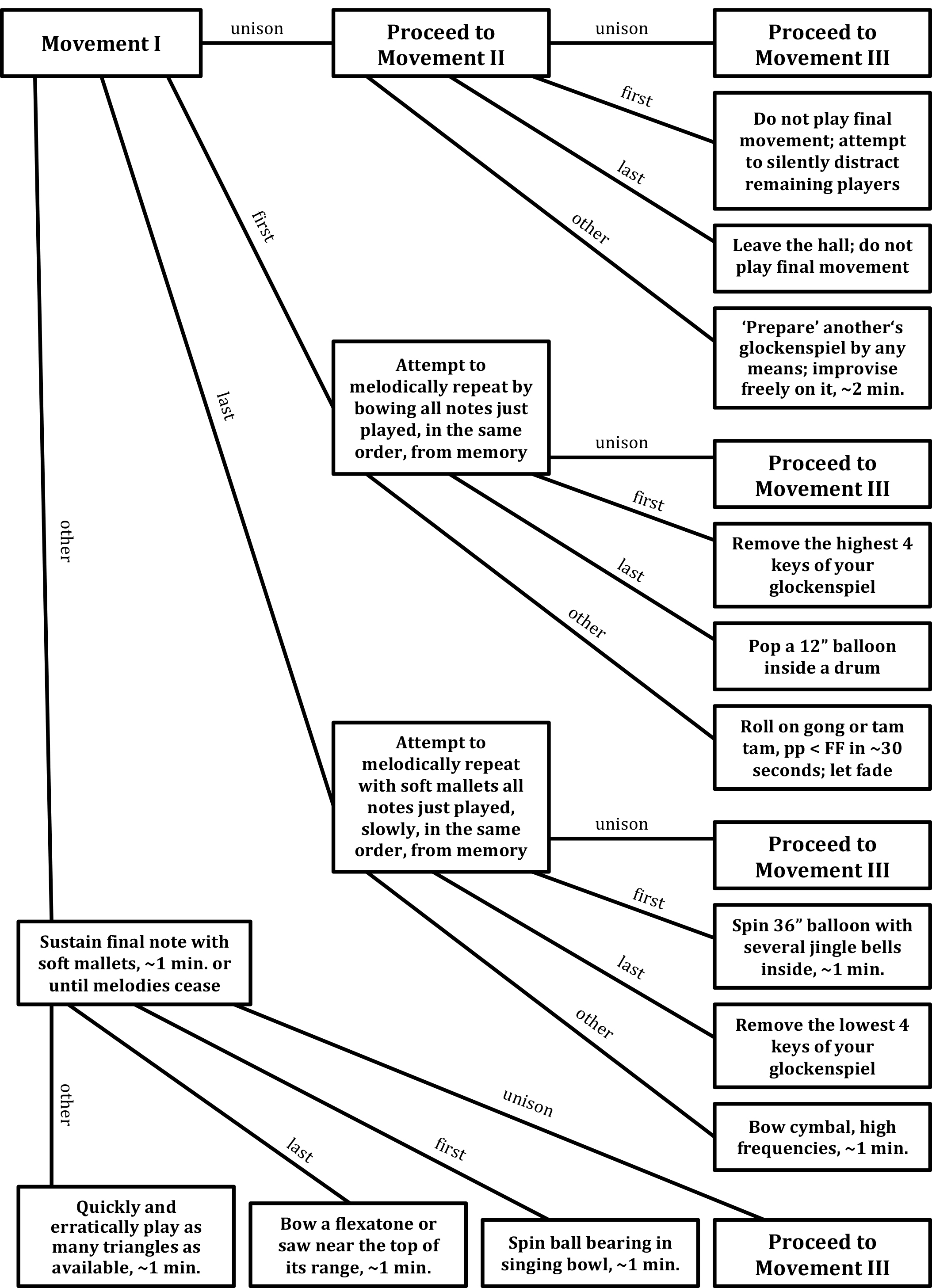 Sample page from Lerew’s flagging entrainment of ultradian rhythms and the consequences thereof.

Composer and vocalist Kristina Warren holds a bachelor’s in music composition from Duke University and is currently pursuing a Ph.D. in composition and computer technologies from the University of Virginia. 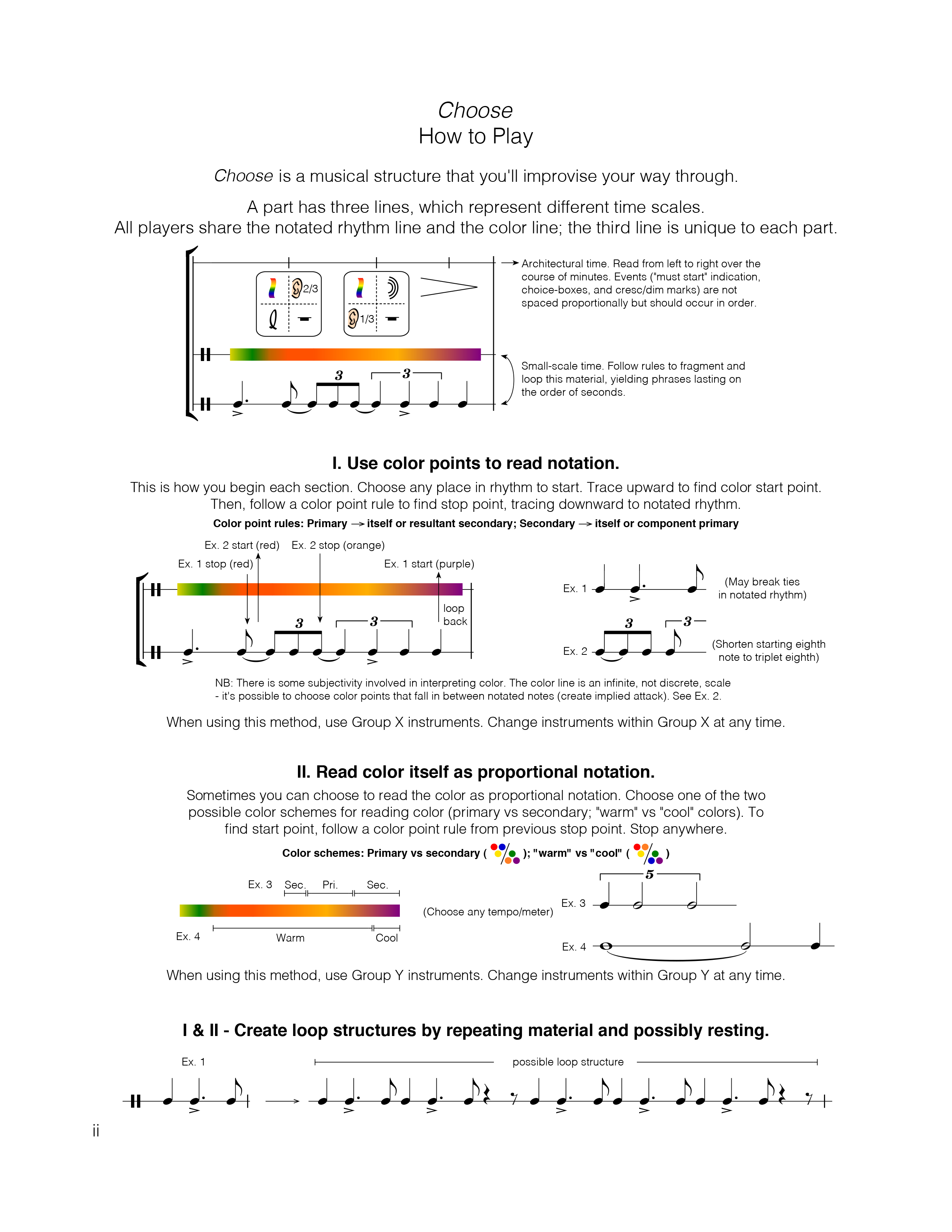 Composer and pianist Michael Laurello is an artist diploma candidate in composition at the Yale School of Music. He earned an master’s in composition from Tufts University and a bachelor’s in music synthesis (electronic production and design) from Berklee College of Music. 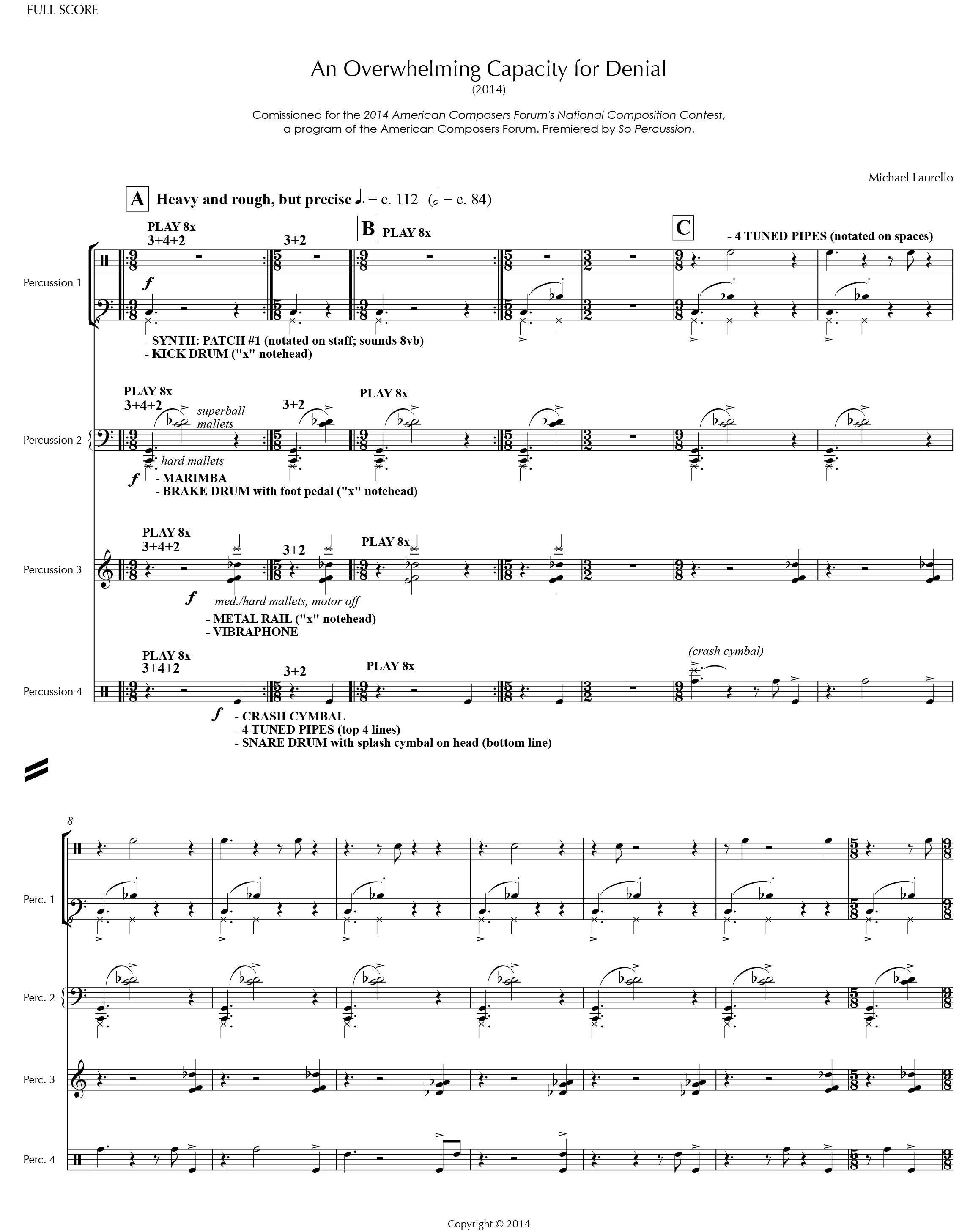