I’m very proud of my new CD, released last Friday, which features some of the finest musicians working in the jazz field today. The catch? The music was recorded on June 16, 1992—almost 25 years ago! Looking back at music that I wrote so long ago has provided an occasion to reflect on the changes that have occurred since. How does a composer’s body of work change and develop over their lives? And how have our very responses to this kind of question changed over time?

Last Friday, my new CD Shores Against Silence was released on the Songlines record Label. I’m very proud of this recording, which features some of the finest musicians working in the jazz field today: pianist Kevin Hays, bassist Larry Grenadier, and drummer Tom Rainey. The music integrates contemporary classical compositional techniques with a fairly traditional jazz approach in a way that’s fresh and novel.

That means the music had been created even earlier, because we certainly didn’t just go into the studio and record the day after the music was written. Its gestation took place over the several years preceding, when we rehearsed, developed, and performed it. Which means I wrote the pieces when I was around 21 years old.

The day-to-day life of a young, aspiring musician in 1992 was very different from what it is in 2016. This project was created and executed before the internet age. No one in the band had email or even a cell phone. We communicated with each other largely through good old-fashioned landlines.  Digital recording was in its infancy—Shores was recorded live to two-track DAT tape, if anyone remembers that format.

Even writing an article like this one would’ve involved an entirely different process. I would’ve gone to multiple libraries (at Columbia University in New York, where I still had library privileges), had books and CDs spread out around a desk I’d claim, and probably be scribbling a draft into a notebook that I’d later type out. Now I’m writing at a café in Paris, watching the sun rise over the Seine, all the information I need to draw on conveniently arrayed in Safari tabs that require only screen space.

Looking back at music that I wrote so long ago has provided an occasion to reflect on the changes that have occurred since. How does a composer’s body of work change and develop over their lives? And how have our very responses to this kind of question changed over time?

At earlier points in intellectual history, a teleological response might have seemed self-evident—a composer’s work would increase in complexity and ambition over the course of his or her career.

It feels like the answer itself is in a state of transition. At earlier points in intellectual history, a teleological response might have seemed self-evident—the idea that a composer’s work would increase in complexity and ambition over the course of his or her career; that the work would assume more technical assurance, would integrate its influences and show with increasing clarity the unique voice of its author; and that it would retain some stylistic commonality, based on the composer’s immutable, indivisible identity.

But in the 21st century, in the internet age, can any of these things be taken for granted? 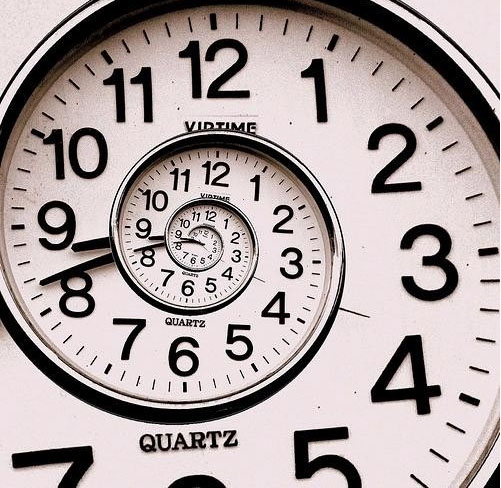 Perhaps (following the theory that all art is political) these pieces are all rooted in time and place, express something about the events that were happening around them, or even embody the political circumstances of their creation. But I don’t think those circumstances, interesting though they may be, are what bring the modern listener to the pieces. After all, there are many uninteresting works born of perfectly interesting political circumstances. What’s more important is the fact that they are all relevant to contemporary experience. They have something to say in 2016. They have something to tell us now.

One could, of course, call into question the relevance of these particular pieces; it’s true that each given piece may have very little meaning to a given person’s life, musician or otherwise. No artist or work is relevant to EVERYONE, and yet perhaps relevance to ONE person (myself in this case) is insufficient proof of relevance generally. So perhaps any claim to relevance is no more than an unprovable conjecture.

Perhaps any claim to relevance is no more than an unprovable conjecture.

If one did want to be so bold as to seek ways of putting relevance to the test nonetheless, one metric might be number of YouTube views. Though not remotely scientific—after all YouTube viewers represent a very specific cross section of the listening public, the figures alone wouldn’t take into account the relative fame of the performer, nor repeat views, and would moreover be dependent on random, non-comprehensive uploads—they might nonetheless give us a very rough index of the current interest in a given work. A quick search for each piece (taking the video with the highest number of views for each piece) yields the following table:

(Note, since Song of Lay of Love is not available on YouTube, I chose her most viewed piece Chance Encounter, which was uploaded on 1/15/08 and thus far has had 8,173 views. Dan’s not represented at all on YouTube as far as I can tell, but trust me it’s a cool piece!)

If this table contains several surprises— who would’ve guessed that Soul Station was so frequently YouTubed?—the only thing it might be said to demonstrate conclusively is that far more than one listener considers these pieces still sufficiently relevant to be at least listened to; and that there is no correlation (or, if anything, an inverse one) between the year a piece was written and how broad its current relevance is, at least to YouTube listeners/viewers.

A thought experiment: Let’s take two pieces at random, say Boulez’s Le marteau sans maître and Brahms’s B Major Trio, written more or less a century earlier. Of course these are both old pieces, but one is supposedly contemporary music, and one is much more traditionally romantic, complete with a four-movement form—scherzo, adagio, and so on.

But suppose, in our new internet world, one has connected to the Boulez in one’s teens, but only discovers the Brahms much later, in one’s 30s. It might seem much more unlikely for someone steeped in the oeuvre of Boulez to be ignorant of Brahms or the romantic tradition generally than the converse, until one considers the many Boulez fans that must’ve come to his music through his Frank Zappa collaborations, or the influential Grateful Dead bassist Phil Lesh’s well-known interest in his music.

Both the Brahms and the Boulez pieces provide revelations, insights, unique ways of looking at music and the world. But in the case of my invented listener, by her 30s the Boulez would have grown familiar, while the discovery of the Brahms would be completely fresh. So which is the piece of new music? For this listener, wouldn’t the Brahms be serving all the functions of what is new—providing new material, adumbrating new paths, suggesting previously unheard, even exotic, ideas?

But if that’s the case, is the idea of “new music” still relevant, still interesting—even still possible?

The idea of newness is completely relativized, and utterly personal, at this moment in cultural history.

It seems to me that the idea of newness is completely relativized, and utterly personal, at this moment in cultural history. With the amount of music flooding onto the internet from all corners of the world, it’s incredibly easy for even the most dedicated fan of music to stumble upon something amazing from the past that they had never heard before, even while being steeped in the music of today.

Jazz educators that I know have confirmed this phenomenon in their students, who may have discovered and absorbed the playing of a current jazz musician without having any idea who his or her precursors were. In this case, the flatness of time is a liability to be remediated, but in any case it’s clear that now more than ever it’s common to have revelations in reverse.

As the physical space required to house knowledge is being reduced asymptotically to zero, then, the moment of impact of a work has ever less to do with when and whether it was written and ever more to do with when it is perceived or appreciated as “new.” Increasingly, rediscovered old pieces stand alongside contemporary creations as providing fresh material for the masterwork-saturated classical music listener (think Venetian opera). This should also be a consolation to composers who feel like they have created something interesting, unique, and significant that may not yet have gained visibility in the current thrum of culture. 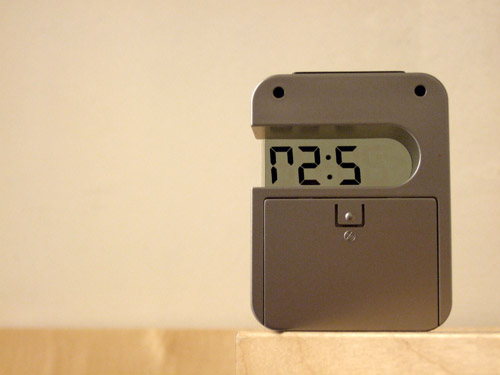 The sum of these observations bears heavily on the story of Shores Against Silence.

The music on the CD represents a very intense period in my creative life that was never thoroughly documented, but the development of my music since Shores has hardly gone from simple to complex. My artistic path has inverted that teleological trajectory, which had been the province of composers from Mozart and Beethoven through Schoenberg and Carter. Similarly, my music has in the intervening years arguably gone from more to less “original,” and has definitely abandoned any pretensions to stylistic unity.

In the catalogs of numerous composers working today, pieces don’t necessarily build on each other from one to the next, but rather provide contrast with each other.

Nor would this be particularly interesting if I were an isolated exception, the sole composer to have undergone such an unpredictable stylistic trajectory, but I find it not uncommon among my contemporaries, particularly among composers who came of age at the end of the academic vogue for serialism. I am hardly alone in having simplified my style as I matured. In the catalogs of numerous composers working today, pieces don’t necessarily build on each other from one to the next, but rather provide contrast with each other. Many composers these days pursue careers in contemporary classical music and pop/electronica simultaneously, and no one bats an eyelash.

After all, what matters in art has nothing to do with when and where it was made, or when it comes into the world. Bhagwan Shree Rajneesh had it right: Eternity is the depth of a moment. Which is to say, Time is flat! A great piece comes to you when you’re feverish with ideas, when you follow them to their limit, not when you’ve attained x and y technical ability or z maturity. And it comes into the world, if it’s sufficiently worthy, when it will and in good time. Let the quality of afflatus be our sole guide to what is good in what we do, regardless of where or when we do it.