The struggle of jazz artists to be recognized for their artistic merit is worth examination. My own sense is that the argument has always boiled down to two issues: one’s skin color and one’s economic status. Paradoxically, popular music has been generally understood to be artistically inferior to “creative” music, even though it makes much more money. Over the course of its history, jazz moved from novelty, to popular, to “creative.”

Earlier in the week I was sitting in a restaurant in Brooklyn Heights between rehearsals for tonight’s Cynthia Hilts’s Lyric Fury performance at the Firehouse Space and tomorrow’s sold-out Evening In Blue concert at the Vanderveer Park United Methodist Church, researching an error I made in my recent post on Albert Murray, and was surprised to hear an oboe concerto while looking over the menu. Usually, when I’m dining out, I hear almost anything but classical music being played. I also tend to either filter out the music that I know I’ve heard before or listen to what I think I haven’t. (Of course, this is the paradigm when dining alone; I always give my dining companions my complete and undivided attention!) Since I’d never heard this work before, I paid it full heed and found that it caught my ear in a special way, conjuring sensations from childhood, a time when I believed that anything played by an orchestra was important music that should be listened to with reverence. But then I heard an announcer’s voice (I think the program originally aired last month on the Southern California radio station, KUSC) disclose that the next piece following that concerto (which turned out to be Handel’s No. 1 in Bb, HWV 301) would be Ralph Vaughan Williams’s Fantasia on Greensleeves. I snapped back to the present.

This brief foray into a past mindset prompted me to think about parallels between musical genre, class distinction, and geographical place (as well as an ever-nagging one on how a word that sounds like “rafe” should be properly spelt), when I heard a little boy’s voice inquiring as to why the music no longer sounded like the melody he knew. A voice with a heavy British accent that might have been his mother’s answered, “It’s a fantasia.” Like Kilgore Trout, I caromed back to when my mother introduced me to the world of music with a recording of Peter and the Wolf (Columbia Masterworks ML 5593, 1961) that, with its Jonah-and-the-Whale oboe part, also introduced me to what might be my first experience of cognitive dissonance and the questions that it inspired: How could Peter, ostensibly the narrative’s hero, save the wolf from its karmatic conclusion (death by hunter’s gun shot) while the tale’s victim (a duck, portrayed by the oboe) be left crying to be freed from the canine’s craw? It just didn’t make sense. It also gave me a habit of questioning the veracity of fairy tales.

Jazz became part of my universe of important music much later, after I had begun playing music professionally. As I learned more about the ubiquitous use of fairy tales in our day-to-day lives, my conditions for “importance” evolved to include mundane issues like global warming and socio-economic justice, which have influenced my concept of “important music.” The history of socio-economic posturing adopted by various proponents and detractors of jazz is also a lens that can be used to view the development of America’s social conscience. The struggle of jazz artists to be recognized for their artistic merit is worth examination, especially those who preferred not to see their music labeled “jazz” (which includes iconoclasts like Duke Ellington, Max Roach, and Charles Mingus). My own sense is that the argument has always boiled down to two issues: one’s skin color and one’s economic status. The deeper one looks, the more this seems true. But, paradoxically, popular music has been generally understood to be artistically inferior to “creative” music, even though it makes much more money for the Great American Culture Machine. Over the course of its history, jazz moved from novelty, to popular, to “creative.” One positive aspect of this is that mainstream media is looking more closely at jazz, its proponents, and its artists, and offers a more enlightening view of them to some of its readers. I’d like to share an example with the readers of NewMusicBox.

*
Anyone who knows anything at all about jazz will know the name of Thelonious Monk, one of America’s most distinctive and iconic pianists and composers. He was on the cover of Time magazine in 1964 and a jazz archive and competition also bear his name. One of the first recordings of Monk I was exposed to was the 1963 release, Big Band and Quartet In Concert (Columbia CL 2164 and CS 8964). The bassist on this recording was Butch Warren, a native of Washington, D.C., who was a house bassist for Blue Note Records during the 1960s.

When I began to seriously study jazz in 1973, I was told to check out certain recordings. One of them, Joe Henderson’s Page One included two now jazz classics, “Blue Bossa” and “Recordame.” Another, Takin’ Off was the first album recorded by pianist Herbie Hancock and contained the hit song, “Watermelon Man.” Warren was the bassist on these as well. I can’t remember every recording I listened to that included Butch Warren, but there were a lot. Kenny Dorham’s Una Mas, Donald Byrd’s A New Perspective with Duke Pearson’s “Christo Redentor,” and Sonny Clark’s Leapin’ and Lopin’ were just some. But after 1967, Warren disappeared from the New York scene he’d been a part of since 1958. His name wasn’t on any of the newer recordings I was using to construct my rubric of jazz bass playing and I assumed he had stopped playing or passed away.
I saw his name again in an email from Jazzinstitut Darmstadt’s “Jazz News”. A link to an article in The Washington Post revealed that he had been in and out of hospitals and institutions in Washington and that, at age 72, he is succumbing to lung cancer. Although I’ve never met him, Butch Warren’s playing had a significant influence on my own playing and on that of many of my colleagues as well. I can’t begin to count how many times I’ve played “Watermelon Man,” a song that demands knowledge of the original recording and all of its components, especially the deceptively simple bass part. Herbie Hancock and Blue Note Records owes much of its fortune to that single tune. It defined a slew of dance-oriented material, such as Lee Morgan’s “The Sidewinder” and “Rumproller” and nearly all of the top-selling releases of Creed Taylor’s label, CTI. 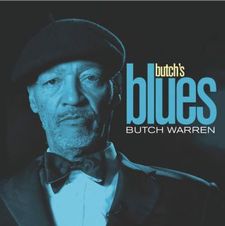 In a very real sense, the ground laid by Butch Warren has defined a great part of American music. I find I must question the veracity of the fairy tale that the Great American Culture Machine recites around music like “Watermelon Man.” For reasons that, it can be argued, directly stem from the way America generally treats its citizens around issues of social standing and skin color, Warren has had a more difficult time of it than can be conscientiously regarded as fair, so it’s really a part of the fairy tale. Warren’s own description of possibly hallucinating racists who follow him after work and threaten him for appearing “too comfortable…with…white female dancers” is telling of how paranoia can be, for some, justifiably rooted in their American experience. That’s the kind of injustice that jazz is supposed to be about ending. It’s good to see mainstream media taking up the cause.
There is also a very nice video presentation about Butch Warren on The Washington Post website:

More clips of Warren’s playing can be seen on YouTube.