Next week in New York City, a total of seven composers will have their orchestral works read by the American Orchestras Orchestra (ACO) during the 25th season of the ACO’s annual emerging composer reading sessions which, since 2005, have been called the Underwood New Music Readings in honor of Paul Underwood, a frequent commissioner of new music who has served on the ACO board since 1989.  Then, in late January/early February 2017, seven composers will participate in the Minnesota Orchestra’s 14th annual Composer Institute in Minneapolis, a week-long program culminating in performances of their seven orchestral works at the now annual “Future Classics” subscription series concert conducted by Osmo Vänskä. Only one composer, Boston-based Katherine Balch (b. 1991), will participate in both of these programs, and her 2015 nine-minute composition Leaf Catalogue, which was first performed by the Yale Philharmonia under the direction of Heejung Park, is the work of hers that will be featured on both.

“I feel extremely lucky to be able to experience both programs,” said Katherine Balch. “I hope to keep an open mind and digest as much feedback as I can about my music, its presentation, and the orchestral rehearsal process. In Leaf Catalogue, a frenzied outburst of material is contrasted with its sudden placidity. By hearing multiple orchestras work through some of the challenges of this piece, I hope to better shape its pacing, proportions, and treatment of the ensemble. Usually after I finish a piece, it undergoes an infinite processes of chipping away and refining, as I imagine will happen with Leaf Catalogue, but more pressingly, I know these experiences will inspire and inform upcoming orchestral music that I’ll be writing for the 2016-2017 season.”

The other six composers and the works of theirs that will be featured in the 2016 Underwood New Music Readings are: 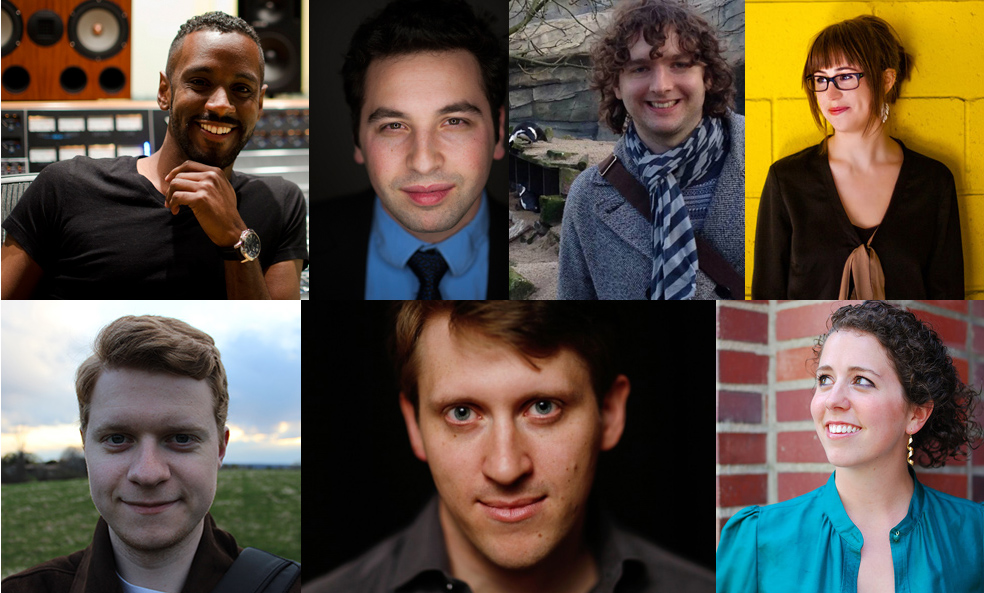 The other six composers and the works of theirs that will be featured in the 2016 Minnesota Orchestra Composer Institute are: 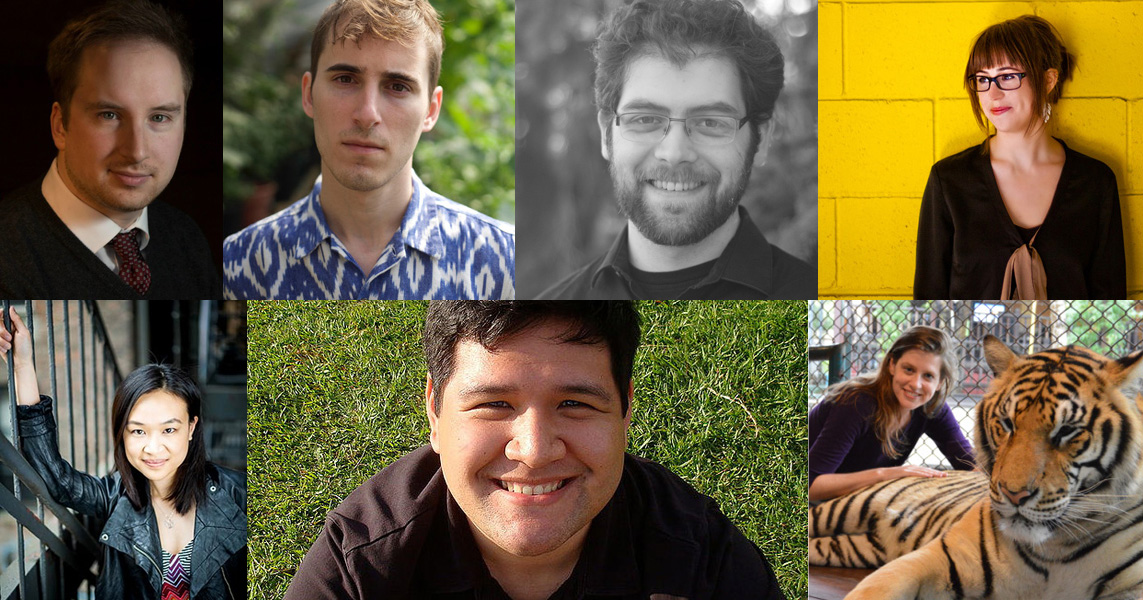 participating in the 2017 Minnesota Orchestra Composer Institute (from left to right, top row first then bottom row): Michael Boyman, Conrad Winslow, Phil Taylor, Katherine Balch, Tonia Ko, Michael-Thomas Foumai, and Judy Bozone (but the tiger will not be participating as far as we know).

Boyman’s Tightrope Walker, his first composition for orchestra, was awarded the William Schuman Prize at the 2014 BMI Student Composer Awards, at which time he described the work.

The Underwood New Music Readings and the Minnesota Orchestra Composer Institute are arguably the two most prestigious opportunities for emerging orchestra composers and both attract a wide range of applicants from all over the United States. According to composer Kevin Puts, who serves as the Director of the Minnesota Orchestra Composer Institute, “The competition was fierce this year, with a record-breaking number of applicants whose work members of the adjudication panel described as ‘an embarrassment of riches and a testament to the potential of this generation of composers.’”

Both programs cover participating out-of-town composers’ transportation and lodging costs and both include a significant amount of face time with members of the orchestra as well as a series of workshops led by music industry professionals—on topics ranging from score preparation and promotion to negotiating commissioning agreements. But there are also some significant differences between these two programs. Underwood concentrates six hours of professional development, individual mentoring, and two reading sessions (the second of which is open to the general public) into two extremely intensive days, while the Institute spreads out the activities across five days. The Pulitzer Prize-winning Puts serves as the sole mentor composer for the Institute participants whereas three prominent composers serve as mentors for Underwood. (This year’s mentor composers are Stephen Hartke, Sarah Kirkland Snider, and ACO’s Artistic Director Derek Bermel.) However, during the Institute, in addition to spending extensive time with Puts, the seven participating composers also have the opportunity for one-on-one sessions with Vänskä to go over details in their scores. Perhaps the most important difference is that Underwood does not include an actual concert performance of the selected works even though for the past few years there has been a more polished second reading session during the evening that has been open to the public and that takes place in a concert hall. (This year the readings will take place at Columbia University’s Miller Theater on Tuesday, June 14 at 7:30pm.) In addition, one of the seven Underwood composers will be awarded a $15,000 commission for a new piece that will be performed in concert by ACO during an upcoming season.

This year’s Underwood Readings, however, will seem like a larger scale event than in previous seasons because, as we reported back in March, the ACO will give additional public readings of seven orchestral works by jazz composers as part of the latest iteration of the Jazz Composers Orchestra Institute, a program led by the ACO in partnership with the UCLA Herb Alpert School of Music and the Center for Jazz Studies at Columbia University just two days later (on Thursday, June 16 at 7:30pm), again at Miller. Most of the JCOI participants will also attend the professional development panels on Tuesday. (Full disclosure: New Music USA has been a partnering organization for the ACO’s programs as well as the Minnesota Orchestra Composer Institute and I have and continue to serve as a panelist and moderator for all of these events.)

Finally, the Minnesota Orchestra Composer Institute is able to occur on an annual basis thanks to the generosity of the Amphion Foundation, the American Composers Forum, the Aaron Copland Fund for Music, and an award from the National Endowment for the Arts, plus Minnesota Orchestra Director Emerita Hella Mears Hueg, a longtime advocate for new music, has provided major funding to the Institute through 2020. Lead support for the Underwood New Music Readings comes from Paul Underwood, The Fromm Music Foundation and The Helen F. Whitaker Fund. ACO’s emerging composers programs are made possible with public funds from the National Endowment for the Arts and with the support of Jerome Foundation and the Eleanor Naylor Dana Charitable Trust.

“I have gotten so much out of music in my life, going back to when I studied French horn as a student,” said Paul Underwood. “The Underwood Readings are my opportunity to give back and to give forward. It’s an investment in the future of orchestra music, which is something I have always believed in.”