The Unlimited Flavors of American Pie: How Immigration and Emigration have Shaped American Music
NewMusicBox
Written By

The Unlimited Flavors of American Pie: How Immigration and Emigration have Shaped American Music

Sid Whelan Photo by MJ Sharpe What is American music? If, in answering that question, we start by discussing roots music (in my opinion a more appropriate term in the context of American culture than “folk” or ‘traditional”) such as bluegrass, country, gospel, blues, zydeco and rockabilly, and then move on to pop and popular… Read more » 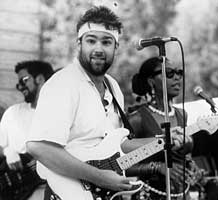 What is American music? If, in answering that question, we start by discussing roots music (in my opinion a more appropriate term in the context of American culture than “folk” or ‘traditional”) such as bluegrass, country, gospel, blues, zydeco and rockabilly, and then move on to pop and popular art music forms from hip-hop to jazz, from rock to R&B, from bubblegum to Broadway, the answer is not too controversial. The foreign elements of those styles and genres, and the ways in which those elements changed and became American, are well-documented and not overly disputed.

However, when we come to foreign musical forms played more or less intact in immigrant communities, such as klezmer in Crown Heights and Skokie, polka in Bethlehem and San Antonio, son Cubano in Miami and Cleveland, or bachata and merengue in Washington Heights and Adams Morgan, or when we speak of American composers consciously studying and emulating the concert music of Europe — like Copland studying in Paris with Boulanger — or European composers settling in the United States and reshaping American aesthetics — like Max Steiner or Schoenberg (both in Los Angeles!) — then the answer to “what is American music?” becomes far more difficult to suss.

The melting pot metaphor, which most American children are given in grammar school to help us understand the cultural impact of five centuries of continuous, pluralistic, multi-national immigration into North America, is very useful when seeking to understand just what American music is. But as all good cooks know, the issue of when a particular ingredient is added to the pot makes all the difference in the world, for garlic stewed two hours is a very different experience from garlic sauteed for two minutes. In musical terms, for instance, Jerry Garcia’s California/Mexican heritage is inaudible in the Grateful Dead’s music though that heritage is clearly visible in the band’s name and iconography. Contrast that with Latin musicians whose heritage is far more immediate, from Tania León, Robert X. Rodriguez, and Miguel del Aguila to Arturo Sandoval, Flaco Jimenez and Carlos Santana, or the recent American successes of Chinese composers like Tan Dun and Chen Yi, and you’ll understand exactly what I’m getting at.

Beyond the issue of when ingredients were added to the pot, it is crucial to acknowledge the central flaw in the melting pot analogy: food ingredients are inanimate and lack free will, obviously unlike the people who form America’s cultural gumbo. Since free will is central to being American, or even being a foreigner in America, this omission is crucial. What happens when an ingredient, in the form of a community or an individual musician, resists melting, or assimilating? What happens when a composer favors the influence of her heritage over the influence of her contemporary surroundings? When does an immigrant composer become an American composer — the minute he pens his first note on this soil, or is it a gradual process which comes to fruition much later on? What are the differences between composers who resist the impact of American culture and those who embrace and work with it? What happens when African musicians settle in America and perform mostly for audiences comprised largely of people from other ethnic groups? What happens when a composer like Dvorak or Esa-Pekka Salonen comes from abroad to listen, learn, perform and compose here only to go home again? What happens when an American composer, who lives a completely American lifestyle, reaches back many generations and single-mindedly pursues the musical legacy of his long dead ancestors — a legacy which was not handed down but has to be retraced, researched and re-created? What happens when an American composer emigrates and works in a country and culture which does not believe in assimilation? (Almost no Old World societies accept it.)

American musical history is a story of immigrants bringing their sounds and staying here to interact with musicians of other cultural backgrounds. It is a story of assimilated American natives who, in search of some cultural specificity in the general maze of American culture, pursued the musical legacy of their long-dead forbears. It is a story of journeymen and women who worked here, had an impact on us and were impacted upon by us, but then left.