When we listen together, the space in which we convene affects our impression not only of the sound but of ourselves. To what degree are we as audience members encouraged to use our musical experiences to imagine ourselves as royalty of a different era? 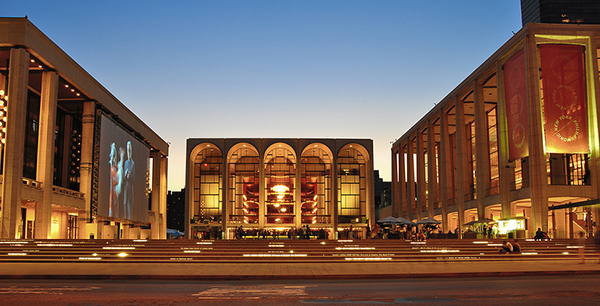 Lorde gets that, despite our most vivid imaginative efforts, most of us “will never be royals.” Her 2013 hit anthem (written by the artist and Joel Little) speaks to a public whose music represents a distant life of luxury and apathy, a public that uses its cultural products as a way to envision economic escape.

I’d like to ask to what degree those of us who participate as audience members in other registers of American culture are encouraged to use our musical experiences to imagine ourselves as royalty of a different era.
Unlike Lorde, I’m less concerned with how “every song” conjures this imaginative exercise and more concerned with the role of venues in this conjuring. While we hear music in a variety of contexts, live presentation continues to affect our experience of music and—even more so—of communities and their collective culture. When we listen together, the space in which we convene affects our impression not only of the sound but of ourselves.

I suspect that readers experience musical liveness most often by purchasing tickets to events wherein they sit or stand as a group for two to three hours focused on a sonic focal point.(Don’t worry: I will address other contexts for listening in later posts.)
This kind of event has its roots in court spectacle. The earliest public concerts were presented in spaces which were themselves established as cosmopolitan translations of royal theaters—in Paris, Berlin, London, New York, Boston, and the rest. One of Liszt’s notable early concerts in 1838, for instance, was at La Scala in Milan, a place built to accommodate its royal patrons and originally called “Regio Ducal Teatro alla Scala” (The Royal Ducal Theater [at the site of the former church, Sancta Maria della] Scala), and whose red and gold sparkling interior is now a yardstick for modern nostalgic opulence. Going back further, Paris’s first concert series, the Concert spirituel (1725-1790), was presented at the Opéra, a court-turned-public space originally built for lavish royal entertainment in the city. Though it burnt down later in the century, we can presume that its shimmering decor and lush furnishings rivaled the best of Versailles. According to one contemporary observer, it was “one of the most royal and commodious” venues in France.

The list (and a more complex history) could go on. Nearly every European and American city of note in the 19th century built such a theater. Why? Many reasons: inter-city competition, demonstration of wealth and prosperity, investment in municipal and cultural infrastructure, a desire to capitalize on the affluence generated by new industries, and a push to support the booming noisily-wrapped-candy industry. (Almost) all of these can be boiled down to this: in the same way that court concerts and theatrical events served a dual purpose of entertainment and self-aggrandizement, reflecting the wealth and grandeur of the sponsor back to her and out to her peers and rivals,these new spaces for public concerts provided a space for music while simultaneously connecting their audiences to the imagined luxury of the past. They were designed to augment their public’s sense of self-worth, historically and financially.

Recall the crystal chandeliers, lush carpets, and enormous Chagalls of Lincoln Center. Its fountain seems lifted from Versailles. Or picture the Kennedy Center’s mid-century monumental marriage of marble modernism with the ceilings of an airplane hanger. I know that these iconic places are merely one type—one extreme type—of venue for musical entertainment. But these are the public icons for the arts, places we have all been (or at least can recognize)—places that, no matter whether we believe in their viability and worth or not, we hope to attend at least once in our lives as a kind of rite of passage into a community of listeners and patrons.
Add to that experience of wealth and grandeur the fact that most music we hear in these venues is old—beyond ancient, in the parlance of 18th-century citizens, for whom music from a previous a generation had the stink of Camembert gone bad—and you’ve got quite a potent cocktail: music that transports us to the past in a vessel that communicates how rich we should like to be when we get there.

Taken as a whole, these kinds of events are to music what the big white wedding is to love and commitment: whether you participate or not, the dress, décor, and behavior of that kind of event are the standards for public expression in our cultural imagination. For merely the price of a concert ticket, you can spend two hours feeling like you really are that prosperous and enlightened. Instead of driving a Cadillac in your dreams, you’re sponsoring your own orchestra.

What is gained and lost in each of these kinds of spaces? What kinds of musics are designed for an experience outside of the T.A.R.D.I.S. of opulence? Is there even a way to listen to this music collectively without being transported to a different time and place—and class? In the next posts, I’ll explore a wider variety of spaces, some at the opposite end of the spectrum—think CCR’s “Down on the Corner” rather than Lorde’s “Royals”—the music of those spaces, and their effect on our economic self-conception as audience members. Some musical experiences are presented as fleeting, others as permanent, some as intimate, others as grandiose. The underlying goal is to take as many contexts for listening as seriously as possible, including those not designed for serious listening. 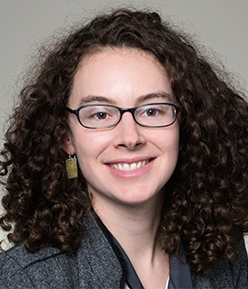 Emily H. Green is an assistant professor of musicology at George Mason University. Her thoughts on the social function of music and its print culture appear in a number of places, including most recently as a short story here. She is also active as a performer on historical and modern keyboards.