The Shame Of Poverty And Investing In The Future

It is my hope that no one—especially young musicians—should ever face the shame and the self-questioning that poverty could force on them. Music, and more importantly access to music and music education, is vital to all communities.

I grew up in a very poor, single-parent household, but I was a music geek even then. I had selected the trumpet in a school band program in sixth grade, and later swapped it for the flute. I went through the instrument lockers in the band room, trying out most of them. I got hooked on a weird one: the bassoon.

Despite her best efforts, my mother could not afford lessons or instruments for me. She didn’t understand music or the “music world,” but she supported me wholeheartedly. Somehow she was able to scrape together just enough to get by, and fortunately the boarding school I attended for several years provided my necessities (clothes, food, etc.). To be clear, this school was not Hogwarts or Exeter, but a school in North Philadelphia for orphans, including “functional orphans” like myself. I worked hard and sought opportunities that allowed me to study music. I received some scholarships and instrument loans and even, in some cases, gifts of financial support or even instruments.

In the Philadelphia neighborhood of my childhood, I took risks every time I walked to my local “El” station, which was home to drug addicts, drug dealers, and prostitutes. I was afraid of being jumped by any of the numerous gangs in the neighborhood. I was an outsider both in that world and in the world of the youth orchestra I belonged to. Most of the other kids came from homes with two working parents, many quite financially comfortable. Perhaps understandably, I felt bitterness toward those who had been born into what I thought were rich families. I never took that bitterness out on the musicians, but I was deeply frustrated that I could not access the tools their parents’ money had allowed them—instruments in good repair, sheet music, youth orchestra membership fees, travel fees for music groups, summer festivals, and lesson fees. I carried that anger for many years.
For a very long time, I felt shame: Ashamed of being poor. Ashamed of being ashamed of being poor. Ashamed of not being able to take a “traditional” route through the music world—one that required money. I couldn’t participate in many established and prestigious programs because of lack of financial resources.

My mother died when I was 20, and I was still carrying this shame. I never let people know how poor I actually was. I had managed to get scholarship money for some elements of a conservatory education, but I was constantly struggling. Before her death, my mother’s financial support of my education was minimal. Though she lived on a tiny disability check, she set aside roughly $100 a month for me. One beautiful memory I have of this time is a gift from the receptionist/switchboard operator at my school (Brenda Watson at the Cleveland Institute of Music), who brought in a bag of groceries for me after she learned of my mother’s passing. Of course, Brenda was not the only person who helped me. I was lucky enough to be included pretty frequently in my best friend’s family events.

Today, I still feel like an outsider in many ways. One thing has changed, however: I have let the shame go. My poverty then, or now, is not something I ever need—or needed—to feel ashamed of. This shame made my life much more difficult, perhaps sometimes more difficult than the poverty itself.

It is my hope, first of all, that no one—especially young musicians—should ever face the shame and the self-questioning that poverty could force on them. Young, poor musicians: take heart! Music, and more importantly access to music and music education, is vital to all communities, not just the wealthy. Second, it is my intention that each of us should understand the difficulties faced by impoverished music students. I urge all who are capable to invest in the future via young musicians. There is no reason to expound here on the virtues of music and music education. (That would be preaching to the choir, I know!) But without the support of the many folks who gave me a helping hand, either via donations to local music programs or directly to me for music fees, I would likely not be in the position I am in today. We must come to understand as a field the responsibility each of us bears to determine the best way to support young musicians of diverse socio-economic classes—it need not even be monetary!— and to then make it happen. And thanks to each and every one of you beautiful people who have supported and continue to support young musicians. 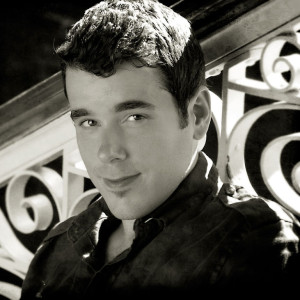 Joseph Hallman is a prolific young composer based in Philadelphia who has worked with some of today’s most talented musicians and artists. He has composed multiple concerti, chamber, and solo works for the internationally acclaimed cellist Alisa Weilerstein, winner of a 2011 MacArthur “Genius” Grant, and has collaborated with numerous other artists. His composition Three Poems of Jessica Hornik for voice and chamber ensemble appears on the Inscape Chamber Orchestra’s 2014 Grammy-nominated album Sprung Rhythm. Hallman is the Composer-in-Residence of the Pikes Falls Chamber Music Festival and has served in similar roles at the Rosenbach Museum in Philadelphia, The Traverse Arts Project, Strings Music Festival, as well as other universities and colleges both domestically and internationally.