Trauma, Meaning, and The Quietest of Whispers

Evan Ware suggests that his piece is an invitation for an interpretative dialog between his listeners’ experiences and his music’s ingrained symbols. Yet, even if we accept this premise, how do we evaluate the way pieces of music, and their composers, foster the formation of listeners’ interpretations? 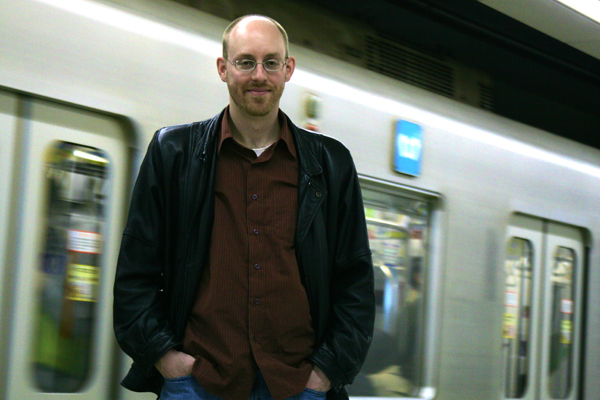 “Trauma is being pushed passed the boundary of where you are able to go,” composer Evan Ware told me when we discussed his latest piece, The Quietest of Whispers. The work is a 40 minute-long symphony for small orchestra, sculpted from Ware’s experience as a survivor of childhood sexual abuse. The Quietest of Whispers addresses this part of his life obliquely: he wrote the work not to confront his abuse, but rather to share his story of survival. “As much as [the piece] is about my own experience,” Ware insists, “it’s also an invitation for other people…to be able to experience issues of trauma and the path through the trauma.”
This message is embedded in almost every detail of The Quietest of Whispers, from its title to its use of symphonic form. “It couldn’t be anything but a symphony,” he explains, “to talk about the recovery from childhood sexual abuse is extremely emotional, and it needs a huge vessel to contain that emotion.” However, Ware’s symphonic model carries with it a seemingly significant drawback: it is an instrumental genre, which, as he recognizes, makes the meaning of The Quietest of Whispers slippery.


Along these lines, two similarly themed works I know have texts which help to anchor the meaning of their symbolism. Aaron Alon’s quadrophonic, electroacoustic piece Breaking The Silence uses audio testimony from four male and female abuse survivors to document many sides of this issue (WARNING: this piece contains explicit content). Dennis Tobenski’s Only Air, for soprano and orchestra (a chamber version of which received its New York premiere on May 4), is a more traditional vocal work dedicated to the memory of five boys who committed suicide after being repeatedly targeted by homophobic bullies.

The texts Alon and Tobenski set help to solidify their music’s meaning such that it seems unlikely, particularly in the case of Breaking the Silence, that someone would interpret these works as relating to something other than their given subjects. However, the magic of this music comes from its non-textual symbolism, such as the solo soprano part in Breaking the Silence meant to “imitate a simple children’s song, one that a young child might actually invent herself.” In this regard, Only Air, Breaking the Silence, and The Quietest of Whispers all use prominent solos as a potent symbolic trope.

These passages are rich with vivid musical imagery that serves each work’s overall message. For example, the trumpet solo in The Quietest of Whispers embodies Ware, a former trumpeter, through a melodic anagram of his first name. I feel the solos not only reflect the composer’s intent, they also help their audience connect more intensely with their music. Solo instruments can act as a musical avatar for individual listeners and give them a point at which to enter into and communicate with the musical work at large. Such a connection, if it takes place, can result in an extremely meaningful listening experience; this outcome is hard to predict or depend on, however, particularly in instrumental works like The Quietest of Whispers. 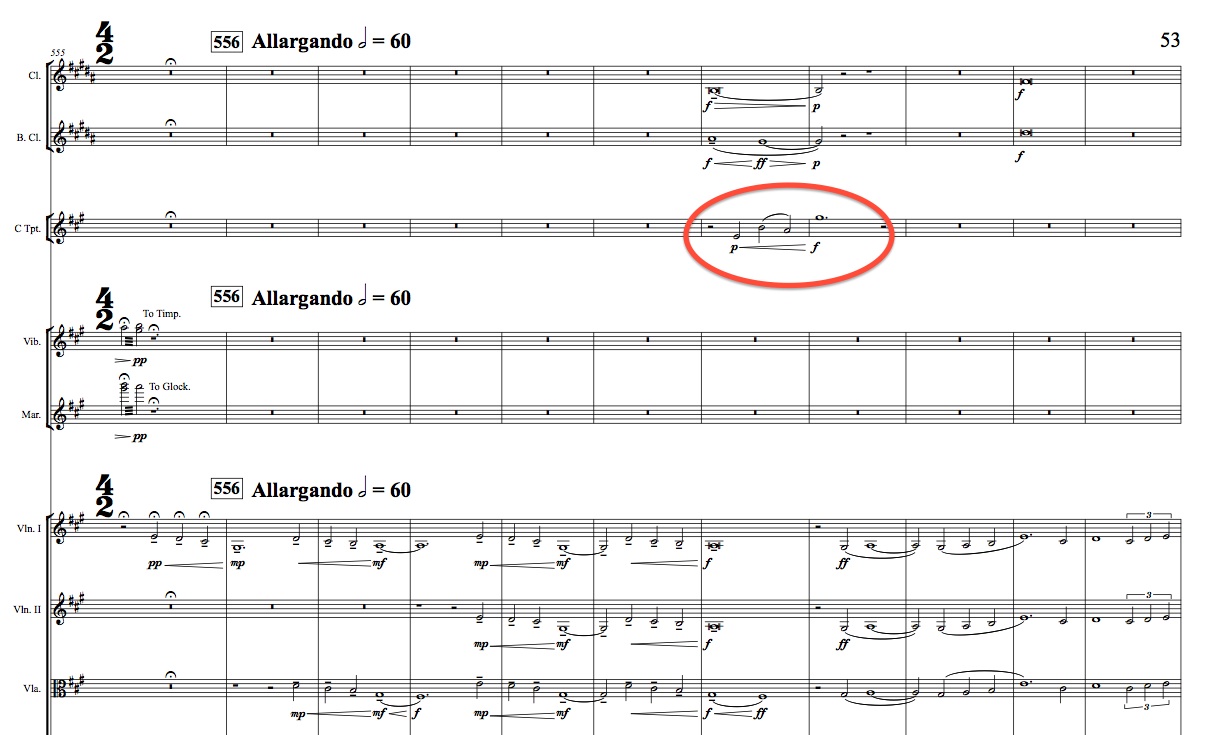 Score excerpt from The Quietest of Whispers showing the musical anagram imbedded in the trumpet melody in m. 561. © 2013 by Evan Ware and reprinted with his permission.

Ware is fully aware of the challenges he faces in communicating the subject of his piece through the medium of a wordless orchestral work but is not daunted. The piece is deeply imbedded with musical symbolism designed to reflect his experience. Perhaps the most salient of these elements is the anagrammatic trumpet solo noted above, but the music’s deeper structure also works to embody its subject matter. The piece starts with anxious, unsettled ideas that move towards stability before a dramatic interruption—the representation of Ware’s abuse and its effect on his development. From here, the piece swirls, seeking confidence, the appearance of which is signaled by the entry of the solo trumpet’s theme and the arrival of A major, the piece’s “home key.”

The highly detailed and multi-layered manner in which Ware realizes his compositional intent reminds me of Bunita Marcus’s string quartet The Rugmaker, which Jenny Olivia Johnson profiled in a 2010 NewMusicBox article. Johnson writes, “The order in which Marcus accessed her memories of her father molesting her can be mapped upon the specific order of musical events in The Rugmaker.” The work’s string of highly symbolic gestures and passages evoke the constellation of memories through which Marcus navigated as she faced new recollections of her childhood trauma.

While the representative depth of these pieces’ materials and forms is certainly impressive and illuminating, many questions remain regarding instrumental works’ ambiguous meanings. For example, Ware suggests that his piece is an invitation for an interpretative dialog between his listeners’ experiences and his music’s ingrained symbols. Yet, even if we accept this premise, how do we evaluate the way pieces of music, and their composers, foster the formation of listeners’ interpretations? Can listeners draw meanings that are “more” or “less” appropriate?

Obviously, understanding a work’s background before one hears it can limit some of this chaos—at least this was my experience with The Quietest of Whispers. Ware and I spoke regularly about the piece in the months leading up to its premiere. The piece blew me away, but I knew what it was about before I heard a note. This knowledge galvanized my listening experience, but I wonder if being informed this way is necessarily the best circumstance when hearing a piece for the first time. To this end, Jenny Olivia Johnson suggests that, in some cases, an awareness of the events or experiences crystallized in a given composition does not always improve a listener’s understanding.

I sympathize with this argument, particularly as it applies to tragic or extremely personal works such as The Quietest of Whispers. With this kind of piece, the propriety of a listener’s response becomes charged. It is one thing to misread the depiction of lust in Strauss’ Don Juan, but failing to grasp—or, worse, to be moved by—the tragedy of Rochberg’s String Quartet No. 3, the reverence of Adams’s On the Transmigration of Souls, or the trauma of The Rugmaker and The Quietest of Whispers can seem embarrassing, if not disrespectful to the composer. It would seem if a work’s subject is left unexplained, at least for the first listen, these expectations are removed. In such a case, audience members could base their responses on how the music makes them feel, not how they think they should feel, or how they think the composer wants them to feel.
To be clear, I do not mean to suggest Tobenski, Alon, Ware, Marcus or any other composer feels their work deserves a certain response based on its extra-musical associations alone. The scene I have just painted is simply an impracticable, rhetorical idyll designed to explore an interesting question: do certain pieces place more interpretative pressure on listeners than others and why? While we certainly need more space to fully contemplate this issue, I think it is fair to suggest that it is the responsibility of the composer, not the listener, to make a piece of music live up to the profundity of its subject matter. Then again, I’m not sure that kind of imperative matters much if musical meaning is so hard to control in the first place.

Ware, at least, holds a firm position on this topic: while he aspires to what The Quietest of Whispers could mean, he has no interest in designating what it should mean. The autonomy of interpretation on which he insists reminds me of a point in our conversations when he described his abuse as “a framework you can’t get out of.” After working for years to overcome these constraints, it makes sense that he emphasizes freedom in this way. Perhaps more than anything else, the tale of survival represented by The Quietest of Whispers testifies to the way Ware has reconciled the trauma he experienced as a child. 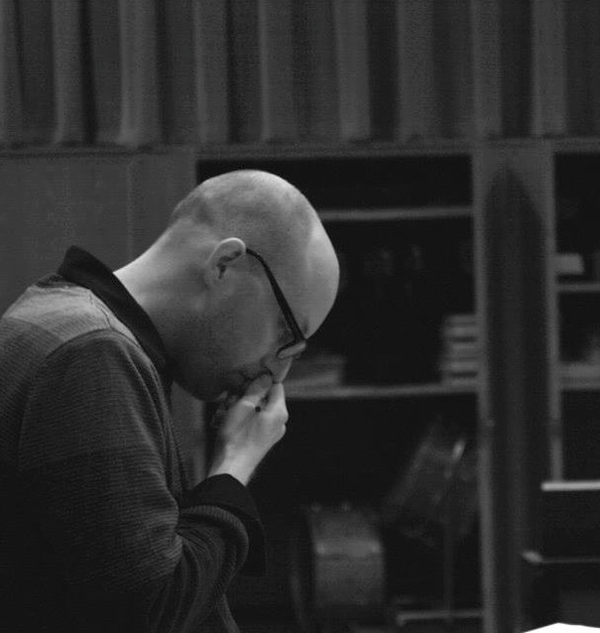 Composer Evan Ware in rehearsals before the premiere of The Quietest of Whispers last March in Ann Arbor, MI. Photo by Megan Hill.