The Media and the Message

Knowing the specifics about each media outlet in your area can help you to target your communications more effectively. And there’s no real reason one has to choose between traditional and social media; a comprehensive communications plan should include both. 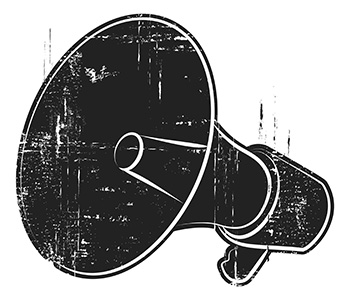 When I read Kenneth D. Froelich’s article “Lessons From The Central Valley” back in June here on NewMusicBox, his experiences presenting new music in Fresno resonated with my own as a presenter/producer, publicist, and music journalist and sparked some additional thoughts about audience development and the media.

(For those already knowledgeable about publicity and marketing, some of this may seem obvious or old hat. But I’ve learned from interacting with musicians, composers, and presenting organizations that a lot of them aren’t all as well versed in this sort of thing as I might have supposed, so my hope is that this will be useful to at least some of you.)

One of the lessons Froelich mentioned was to “shop local,” noting that when promoting an event, providing a local connection or angle is helpful in gaining the attention of the media. That’s true for all local journalists, not just those covering music or the arts, and there’s an important corollary to that.

“The media” is not a monolithic entity. It’s made up of a variety of outlets (each with a particular focus) and individuals (each with their own personality, interests, preferences, and so on). Knowing the specifics about each outlet and each individual can help you to target your communications more effectively, and even to develop angles and story ideas that may be of interest specifically to those individuals.

In my work with the Mizzou New Music Initiative, we’ve been fortunate to have local newspapers and radio pay a good amount of attention to our signature event, the Mizzou International Composers Festival, from the beginning.

That’s partly because Columbia, a college town with a population of 115,000, roughly equidistant from St. Louis and Kansas City, has a lot of local media for a city its size. There are two newspapers: the Daily Tribune and the Missourian, which is published by Mizzou’s School of Journalism and is not a campus paper, but rather a daily covering local, regional, and national news. The J-school also plays a role in the operation of the local NBC and NPR affiliates, and the market is served by affiliates of the other broadcast TV networks and a total of 15 radio stations.

It’s also because rather than just sending out press releases and hoping for the best, we’ve made an effort to identify and interact with specific people in the media who have taken an interest, and to keep them informed about what we’re doing.
For example, Aarik Danielsen, the arts editor of the Tribune, also is a musician and composer. When MNMI presented its first summer festival in 2010, it was clear immediately from our first contact that he had a genuine interest in what we were doing, so we were pleased to assist in arranging interviews, provide photos and links to online media, and do whatever else we could to help him cover the story.

For that first festival, Danielsen wrote a couple of stories for the Sunday edition, supplemented by online-only interviews, and he’s continued to produce extensive and substantive coverage of the festival each year. He and the paper’s other arts reporter, Amy Wilder, have written about various other events and profiled students and faculty members involved in MNMI, too.
Over at the Missourian, ongoing relationships are more difficult to develop, since the student reporters change assignments each semester and eventually graduate. However, when we learned that editor/faculty member Elizabeth Brixey had been a fellow in two National Endowment for the Arts journalism institutes and is an amateur French horn player, we began sending information specifically to her, which has led to reporters being assigned to cover several stories about the Initiative.

Now obviously, not every media outlet is going to have a musician or composer in a position of editorial importance, so we’ve undoubtedly had some good luck there. But the basic principle—look for specific people who may be interested in what you’re doing and then get information to them—still applies.

Contrary to some stereotypical views of public relations, there’s nothing inherently manipulative about this. You can’t force a reporter to cover a story—you can only appeal to their interests and then help them get the information they’re seeking. And although some journalists are understandably wary of professional publicists trying to “spin” them, most are glad to get pertinent information in a timely fashion, to have their phone calls returned and questions answered promptly, and to get some help in setting up interviews, obtaining photos, and so on.
Froelich’s essay also noted that in Fresno, “a smaller, economically disadvantaged market, nothing beats traditional media” and that social media had not been particularly effective in selling tickets for his series.

The conventional wisdom is that older people consume more traditional media like newspapers, magazines, TV, and radio, while younger people flock to social media and get more of their news from the internet. While my experiences suggest that’s generally true, there’s no real reason one has to choose between traditional and social media; a comprehensive communications plan should include both.

The first year I worked on the Mizzou International Composers Festival, most of our time was spent reaching out and pitching stories to traditional media, but the social media part of our plan has grown in importance in each subsequent year.
For the last two years of the MICF, we’ve even laid out a social media schedule for the weeks leading up to it, as well as during festival week. Tweets and posts to Facebook are scheduled throughout the day at regular intervals, with enough room in between for spontaneous and serendipitous updates, retweets and reposts of select messages from various participants, and communicating with other users.

The prescheduled messages cover all sorts of topics, including links to information about each of the composers and performers; videos and streaming audio; ticketing information; background about the Initiative and the MICF; and more.
While we can’t really attribute an increase in ticket sales specifically to social media efforts, the festival has enjoyed modest gains in attendance each year, so the overall plan seems to be working.

However, the really interesting thing is that in looking at who follows our Twitter account, we discovered that a vast majority of followers identify themselves as being involved in some way with music, including many composers, but also musicians, ensembles, educators, and presenters.

So we’re now trying to find ways to make use of that information going forward—for example, how best to employ Twitter as we solicit applicants for the resident composer spots at the 2015 MICF.

If we hadn’t developed an active social media component to our communications plan, or taken the time to analyze our followers list, we might not have discovered that so many people were paying attention through that particular channel. The takeaway is that as social media continues to evolve rapidly, the benefits may not be obvious at first, but instead may reveal themselves as you go.