The story is one we all know. In March of 2020 Synchromy was busy planning their Urban Birds concert when safer-at-home ordinances shut down all public events in Los Angeles. Urban Birds faced either cancellation or becoming one of the hundreds of livestream concerts flooding the internet. Synchromy had partnered with concert design team Middle Ear Project, and together, they were inspired to rethink the Urban Birds concert so that it could still be an original and engaging experience. Necessity led to inspiration.

The term “concert design” is fairly new to the classical music scene, but many of us might recognize it at work in our favorite concerts. At its core, concert design is the craft of unifying the elements of a concert into a meaningful whole. Venue, repertoire, dress, lights, all of these choices are musical choices in concert design by approaching the entire concert framework as an artistic medium.

Back to Urban Birds… When we (Middle Ear Project) began working with Synchromy in early March, they had already commissioned composers, hired performers, partnered with an outdoor venue (Debs Park, LA’s Audubon Center), and had crafted a theme of musically representing the park’s native birds. Even with all of these elements in place, they still had some specific concerns: How could they motivate people to move around the space? Why should audiences listen to short bird pieces? How could they make the event family friendly, but also enjoyable for experienced concertgoers? Middle Ear Project set out to connect the dots.

We would design the audience’s movement as musical bird watching, which would give listeners a frame of reference for moving around the space and a drive to hear as many of the short pieces as possible. We created a field guide that would act as a program, showing audience members which bird compositions they could look for. The guide would also have space for drawing or writing reflections on each piece, an especially helpful feature for young listeners with short attention spans. To make the event even more immersive for our youngest listeners, we would have a craft station styled as an outpost, where kids could make bird watching tools like toilet paper roll binoculars and a clothespin quail call.

We envisioned kids exploring the park and finding performances hidden among the plants and boulders, while contemporary music fans hiked around hoping to hear compositions by local composers and performers. All of this while the regular avian tenants of the park contributed their authentic bird calls to the scene.

Then, on April 10th, Synchromy sent out an email to tell performers and composers that because of the pandemic, Urban Birds could not move forward as planned. They were, however, committed to keeping the event alive in some capacity and, importantly, paying their artists.

Rather than create a compromised version of the live event, we were determined to create a distinct online experience.

The obvious option was to move Urban Birds online, but rather than create a compromised version of the live event, we were determined to create a distinct online experience. We went back to the conceptual framework of the concert—bird watching—and asked ourselves how we could create a virtual experience with some of the essential features of bird watching. We proposed an interactive website with features that would allow the audience to experience Urban Birds in their homes. Synchromy put their production team into action and the Urban Birds web experience launched a few weeks later. 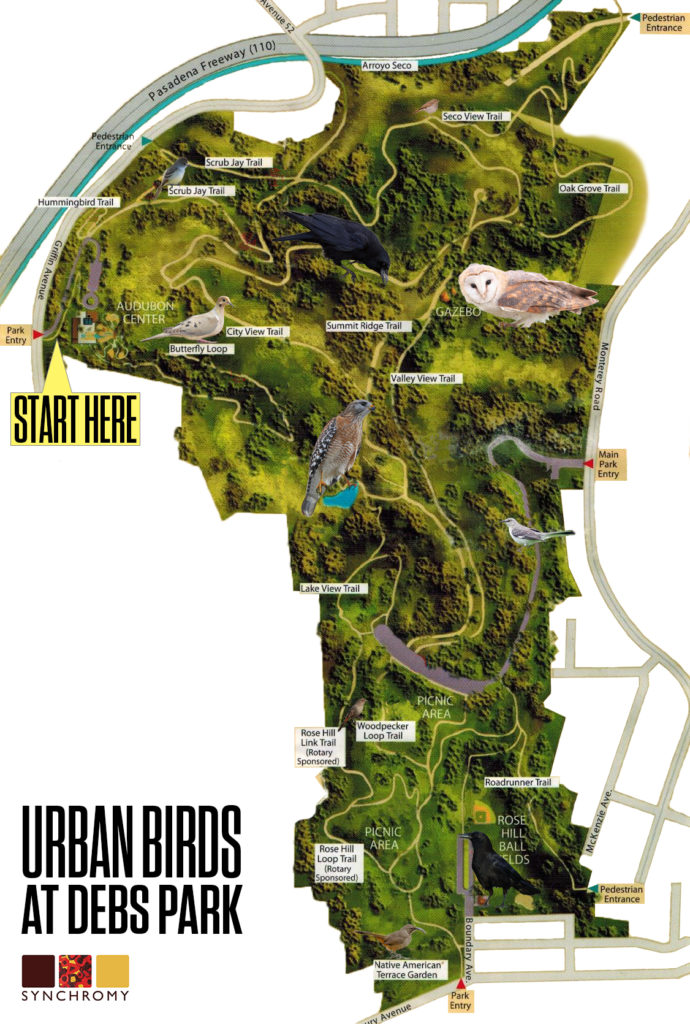 The performances became video recordings, which allowed the solo performers to safely present their music. The outdoor musical bird hunt became an interactive map of Debs Park and (for families looking for more of an adventure) a printable QR Code scavenger hunt. The Outpost became an activity web page with instructions for how to make binoculars and a quail call at home.

“This website version is a great idea even without a pandemic.”

Once the website was underway, Synchromy realized that Urban Birds could have an even larger scope than they first imagined. Since the launch, they’ve added more video performances to the website, and, because the online experience of Urban Birds is different enough from the live version, Synchrony still plans to present the original concert sometime in the future. In a time where the music performance industry is massively contracting, it’s exciting to have a project with so much potential for growth. As Jason Barabba, Synchromy’s Director of Artistic Planning, said, “What I found most interesting is I asked myself ‘why weren’t we planning to do this already?’ This website version is a great idea even without a pandemic. I believe this will change the way we think about everything going forward.” 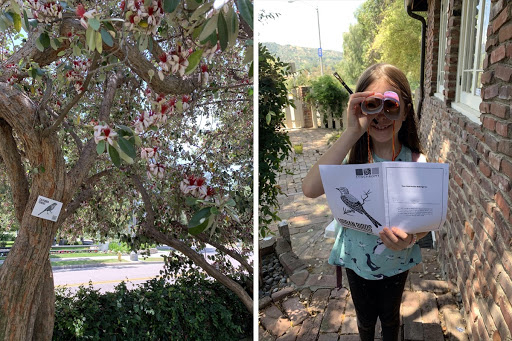 It’s clear that social distancing will be the new normal for the foreseeable future, so arts presenters of all types are looking for ways to safely share their work. In contemporary music, we’re already familiar with creating within constraints, whether they be limited resources, shoestring budgets, unconventional venues, or skeptical audiences. We have it in us to apply our resourcefulness and imagination to this new landscape of performing.

Work from a place of making meaning, not making compromises.

While it’s true that some concerts are inextricably linked to a physical space, concerts that are built with strong conceptual purpose can be reimagined in different mediums. We need to ask ourselves not “what can we move online” but “how can a virtual presentation serve this music more fully?” Let’s keep our message, meaning, purpose, and truth at the center of our choices; work from a place of making meaning, not making compromises. The format will follow. 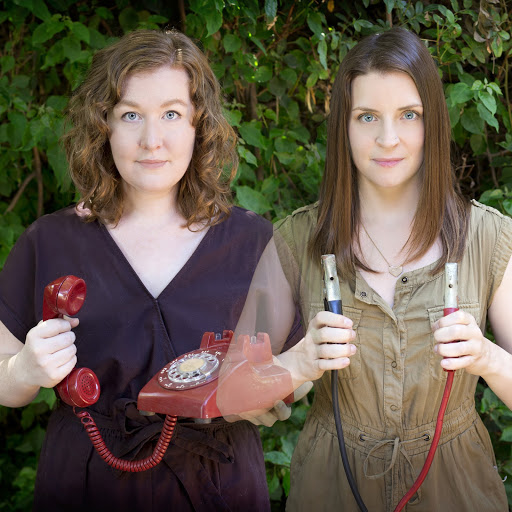 Middle Ear Project (Los Angeles) was founded by Jennifer Bewerse and Cassia Streb, a concert design team who has been performing, curating, and producing concerts together since 2014. They use the entire concert framework as a medium to explore ideas, share musical perspectives, and process the world around us. Learn more at middleearproject.com