I composed on evenings and weekends when I had the energy, and stole time away during the day job to handle some of my musical admin tasks and to “network” on Twitter. The 10-to-6 thing didn’t bother me overmuch, but more often than not I came home from the job frustrated and angry and in no mood to be creative.

Four years ago today, I was immersed in the American Choral Directors Association National Conference in Dallas. It was my first ACDA conference, and I had hit the ground running: I was catching up with colleagues, trying to make new contacts, and getting the lay of the land so that I could be better-prepared for the next time. At the same time, I was frantically finishing parts for an orchestral commission, suffering through horrible edits for a now-abandoned choral music recording project, and mentally preparing for a major life change: when I got back to New York, I was going to quit my day job and go full-time as a freelance composer.

At that point, I’d been working for a few years as the Accounts Payable guy for a historic non-profit theater in Midtown, and it had been wearing me down. I’d worked office jobs before—lots, in fact—and mostly, for some reason, in finance despite the fact that my degrees are all in music. I’d been a Fund of Hedge Funds administrator on Wall Street, I’d temped heavily for financial services firms, and had even assisted the Finance Department of the company that manages the Empire State Building.

I composed on evenings and weekends when I had the energy, and stole time away during the day job to handle some of my musical admin tasks and to “network” on Twitter. The 10-to-6 thing didn’t bother me overmuch, and the work itself was easy enough, but more often than not I came home from the job frustrated and angry and in no mood to be creative. The atmosphere at the job was, in short, toxic. That’s nothing new to most 9-to-5ers, and I’d had my share of bad jobs before, but it made the sacrifice of my time and energy chafe that much more.

And in retrospect, I was also in the midst of a delayed quarter-life crisis. I was 30, nearly 31, and surrounded by people who had walked away from their art long ago in favor of financial security, and were palpably miserable because of it. How long would it be until I was one of those souls who looked back wistfully at their happier days as an artist while filing another TPS report? I’d been in NYC for nearly 10 years at that point, and although I’d accomplished a fair amount, I hadn’t moved halfway across the country to one of the most expensive and difficult places to live so that I could play it safe. If all I’d wanted was security, I could have stayed in Normal, IL (yes, Normal), and gotten a job at State Farm.

So the day I got back from Dallas, I sat down with my boss and gave my notice. 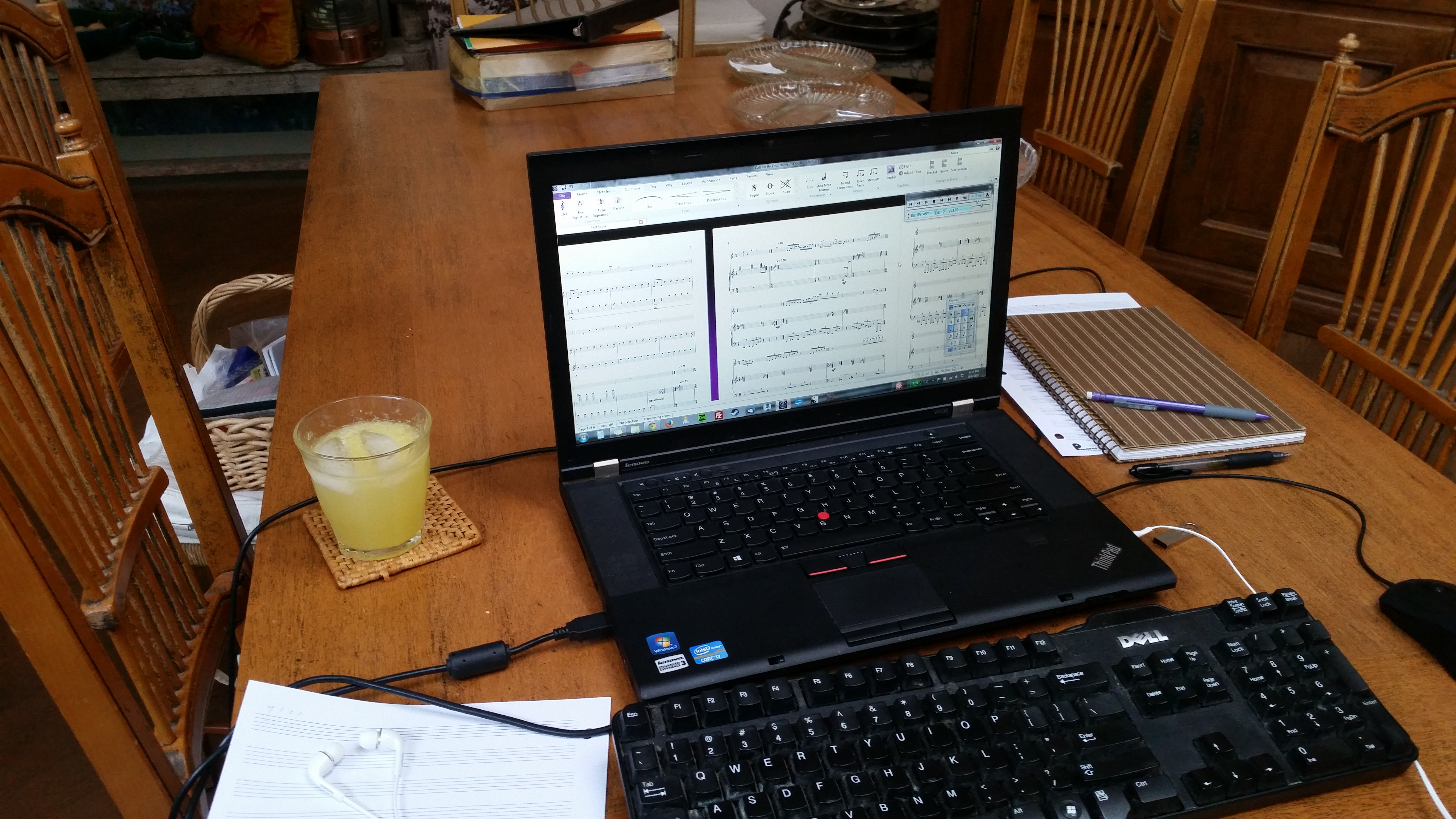 In the months leading up this, I’d spent a lot of time talking with my then-boyfriend/now-husband about the decision, and he was 100% on board. I had some money saved up, and I was confident that between the momentum I was gaining as a composer and all of my various side-hustles, I could replace enough of the W-2 income I’d be losing with new musical income and new side-hustle clients.

I had also been doing a lot of research. I read countless articles, blog posts, and books about living as a freelancer, and I was a devotee of a handful of podcasts by successful freelance writers. The common refrain was, it’s not easy, but with hard work and persistence, you can make this lifestyle work for you.

One of the best resources I’d come across, and one I still swear by today, was Kristine Kathryn Rusch’s Freelancer’s Survival Guide. In the book, Ms. Rusch tackles everything from adjusting your mindset about being your own boss, to handling your freelance finances, to the types of setbacks you can expect and how to overcome them, to negotiating and networking and assessing risk. Her insights into our motivations and behaviors when it comes to the idea of “work” are eye-opening, and for that alone I think that the book should be required reading for anyone who works any type of job, whether it’s freelance or not.

I also devoured David Cutler’s The Savvy Musician, Angela Myles Beeching’s Beyond Talent, and Jackie Battenfield’s The Artist’s Guide; scoured the blogs of writers Kristine Kathryn Rusch, Dean Wesley Smith, and Joe Konrath (titans of indie publishing who regularly write blog posts to help their fellow writers find their path); and hung on every word of The Creative Penn and the Self Publishing Podcast.

All of these resources will tell you that freelancing isn’t for everyone, for any number of reasons. Some people are just risk averse, and prefer having stability: for families that rely on two stable incomes, going freelance is often too risky a proposition. For some, the uncertainty can be psychologically unhealthy, since modern society so often links self-worth with “success”, especially financial success. And some people are, quite reasonably, content to earn their living separate from their art. We each have different values and needs, and we all have our reasons for wanting or not wanting to go freelance.

My good friend Ed Windels wrote some excellent posts here about being a composer with a day job. In preparing to write this first article, I re-read those, and agree 100% with what he has to say on the subject, and find there to be remarkable overlap in his views on what it takes to be a 5-to-9 artist and my own on what it takes to be a full-time freelancer. Both paths are difficult and take an exceptional amount of discipline and sacrifice. Neither is inherently better than the other: so long as it works for you, it’s the right path.

For me, I decided that I needed the change, and wanted to see if I could make it work. 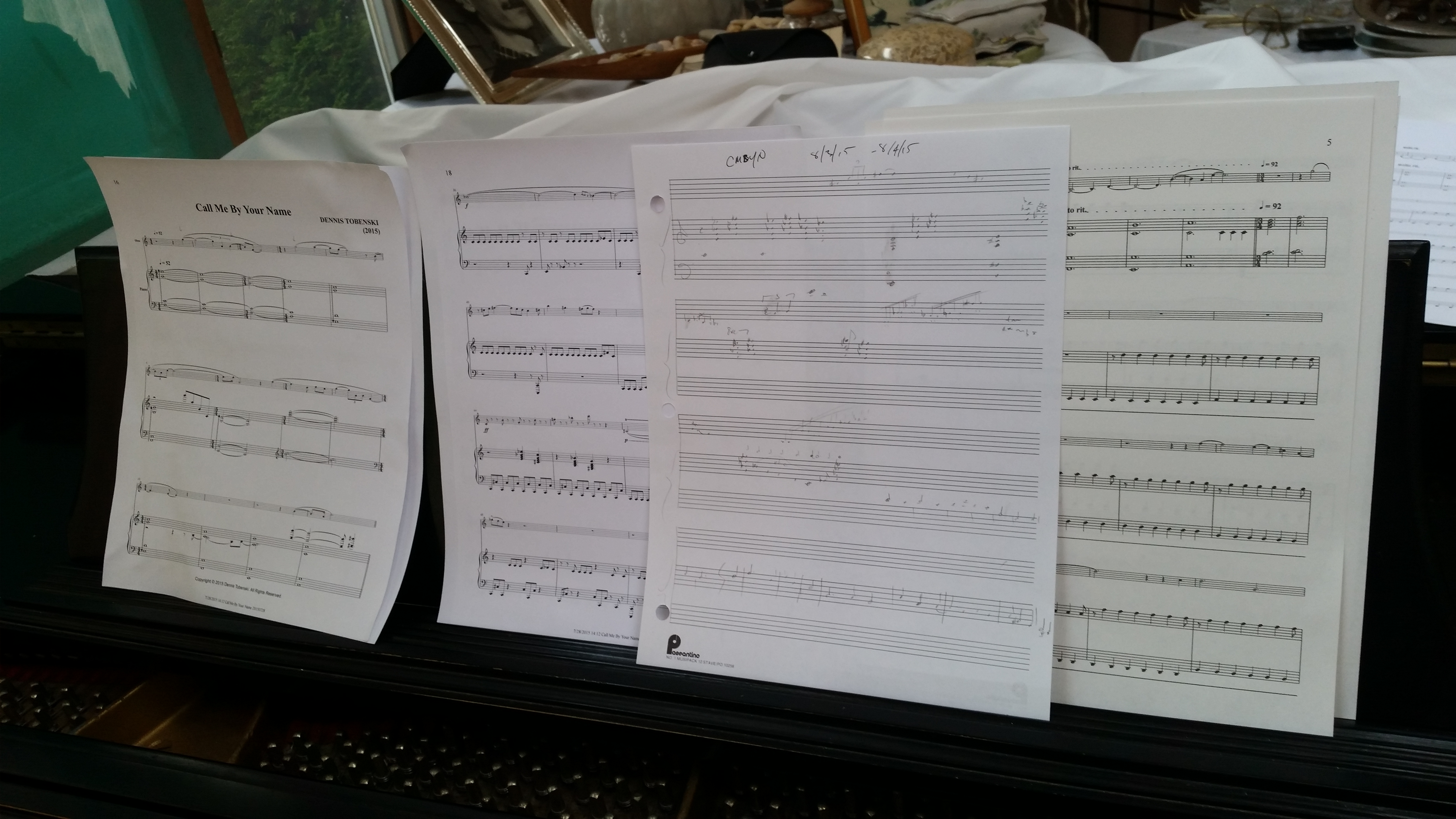 So how was this whole thing supposed to work? I was on the precipice of giving up a very comfortable salary, staring into the complete unknown. Surely I had a plan?

At the point where I decoupled from the day job, I had two commissions lined up, and a handful of premieres on the horizon. It was a nice way to start my freelance life, but thanks to my work on Wall St., I was familiar with the caveat, “Past performance is not an indicator of future results.” I couldn’t rest on those laurels, and just wait for the next thing to come along. I also knew that I couldn’t immediately rely on meaningful income from music, so I would have to make up the shortfall from my now-former job in another way.

I’ve designed websites for musicians since 2007, and have done professional-level music copying work for about as long, so I could take on more work in those areas to stay financially afloat, and spend the remainder of my time on composing and growing my network of contacts. I was prepared to expand my web design business, and started canvassing local businesses in my neighborhood, looking for leads on potential new clients. A handful of new web clients could keep me afloat for months without taking up all of my time. I also let it be known to a few contacts that I was available for more engraving work, which paid well, and took a blessedly finite amount of time.

Musically, I was prepared to go deep into workhorse mode. I keep a spreadsheet of pieces that I want to write, so I wasn’t going to be at a loss for ideas; and, while I would certainly do my best to hunt down new commissions, I felt it just as important to keep writing regardless. If I was going to make it, I was going to have to keep expanding my catalog in meaningful ways.

Those of you who have followed my writing or my podcasts know that I take the firm stance that every piece you write, once it is finished, is a product in your catalog, a new asset on your books. Building on that, I made the decision that I would be better served building my catalog where I felt it needed growth even when the new works weren’t commissioned. More works—more assets—meant more opportunities.

So, armed with a plan and the collected knowledge and wisdom of the artists who I’d been following and studying, I set off as a full-time freelance composer.

Within months, everything had gone wrong. 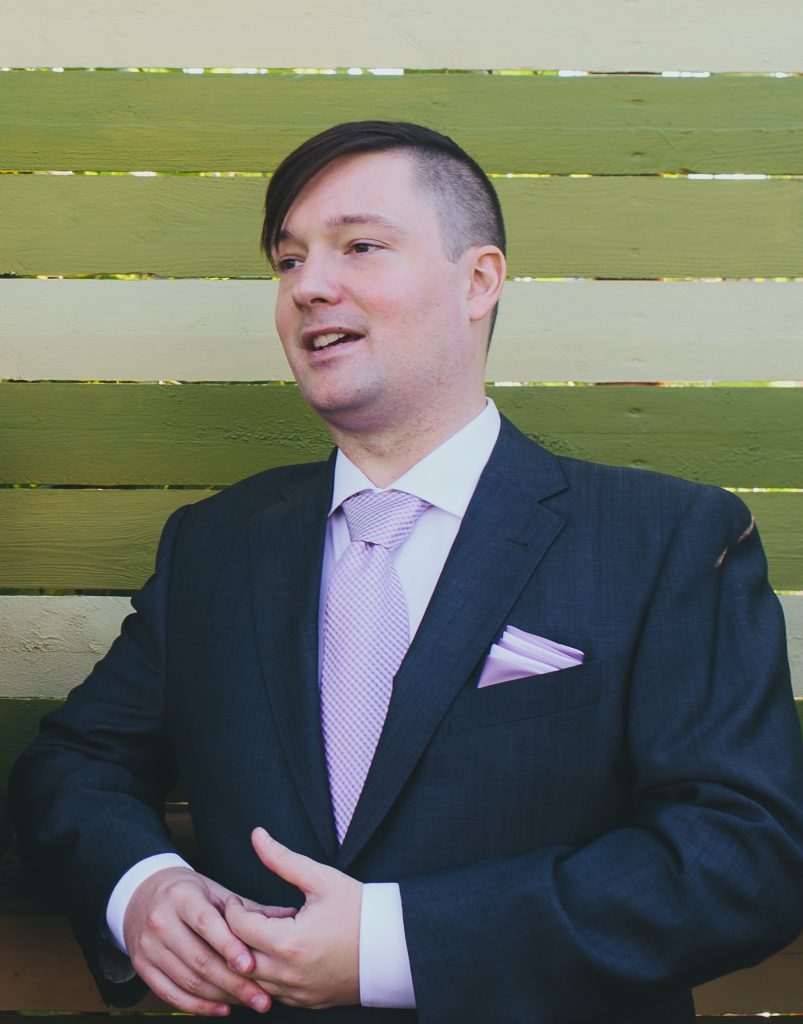 Dennis Tobenski is a composer, vocalist, and advocate for new music and living composers. He hosts two music business-centered podcasts aimed at helping composers and performers to learn more about the practical aspects of their careers: the Music Publishing Podcast, a weekly, hour-long conversation with other professionals in the field of concert music, and The Composer’s Guide to Doing Business, where he answers questions and discusses current issues within the new music community.